An electrified car isn’t the same thing as an electric one. Here’s the difference.

Chevrolet recently announced that an electrified Corvette is on the way, following by an electric one. So what's the distinction? 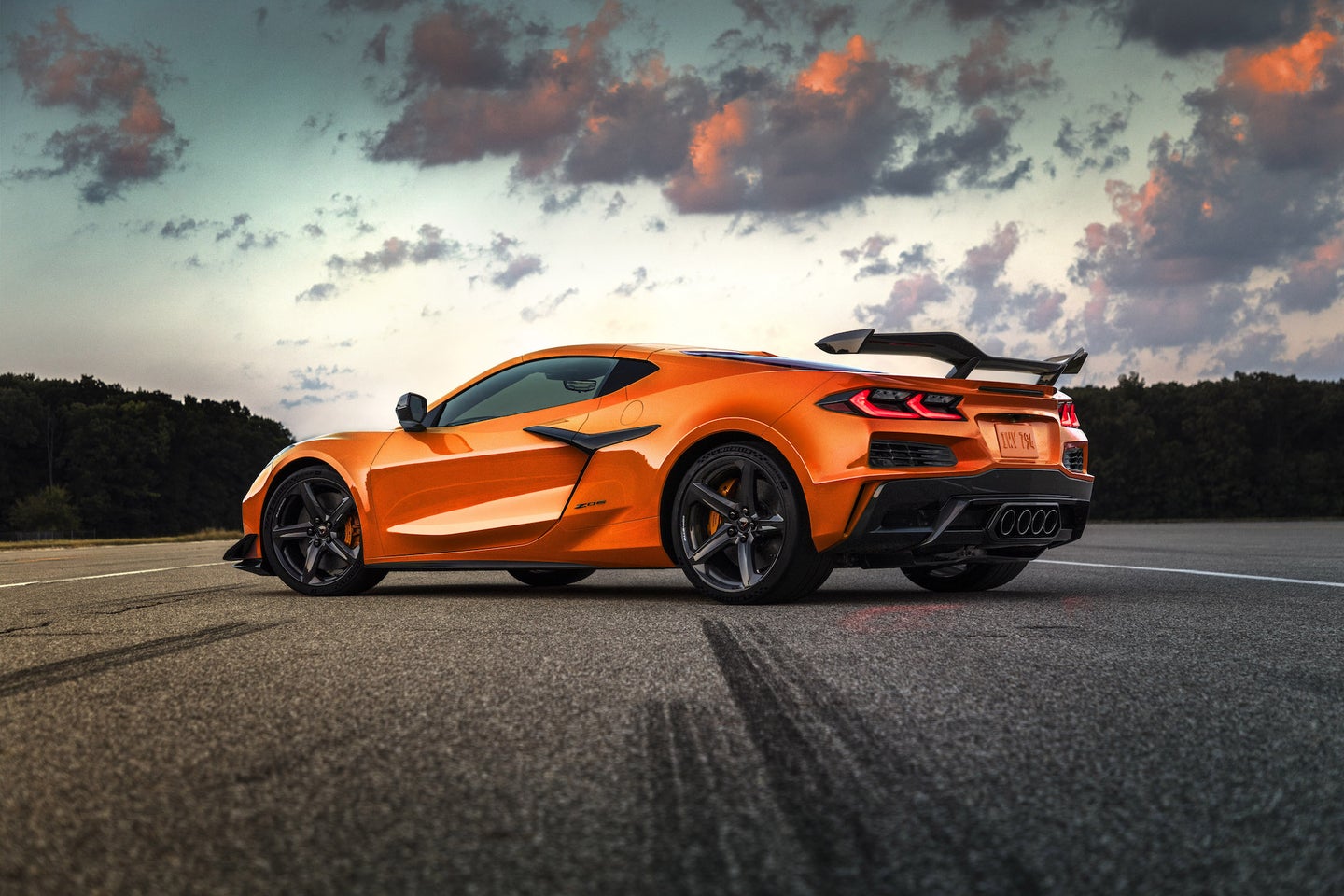 The 2023 Chevrolet Corvette Z06. General Motors said earlier this week that they're going to release Corvettes that are both electrified, and electric. GM
SHARE

Earlier this week, Chevrolet announced that an iconic vehicle would be getting a major revamp. According to GM president Mark Reuss, the Corvette—America’s supercar—will evolve to accept electric motors. He announced on April 25 that an “electrified” model will launch next year, while an “electric” model will follow sometime after. Hopes are high that these battery-and-electric-motor-enhanced Corvettes are the proof that the future of EVs and hybrids won’t be a dull one.

The appeal of the Corvette in general is that it brings what was once only available in supercars to the larger middle-class masses. The C8-generation Corvette launched in 2020 is the first widely-available mid-engine supercar to carry the Corvette name, and its starting price of $60,900 is within reach of many buyers.

But the recent announcement raises a question that many might have: What’s the difference between a vehicle that’s electric, and one that’s electrified?

This one’s easy: Anything described as “electric” is going to pack a full battery electric powertrain. The defining feature of an electric car, of course, is that it uses no gasoline at all. While electric vehicles are nothing new, they have only become mainstream within the last decade, with the introduction of Nissan’s Leaf in 2010 and Tesla’s Model S in 2012. Today, electric vehicles come in all sorts of configurations, from large SUVs and pickup trucks like the GMC Hummer EV and Rivian R1T, down to compact sedans like Porsche’s Taycan and Hyundai’s Ioniq. These rides make use of a large battery capacity, delivering a range of 100 to 500 miles between charges, depending on the model.

Meanwhile, hybrid electric vehicles have been widespread for nearly 20 years, with Toyota’s Prius being the most well-known example, though everything from a Dodge Ram pickup to Acura’s NSX sports car are available with hybrid drive. This type of vehicle typically does not carry a large battery pack, and cannot drive solely on electric power for any meaningful distance. The electric motor in a standard hybrid is generally only there to provide assistance to the gasoline engine. The goal in this case is largely to improve efficiency, though that comes at the cost of added complexity. Driving a hybrid electric vehicle means you’ll still be reliant on gasoline to get around, but hopefully burning less of it.

Plenty of PHEVs are available on the market today, including many everyday drivers like the Toyota Rav4 Prime or Porsche Cayenne e-Hybrid. With a place to plug in, either at home or at work, a PHEV could save its owner money in gasoline. It’ll have most of the benefits of an electric vehicle, getting around town without burning a drop, but still capable of taking long road trips without lengthy stops to recharge.

Just like a non-plug-in hybrid, once the battery pack is depleted, the car will recharge through the regenerative braking system to keep efficiency high even if it hasn’t been charged in a while. Unlike a traditional hybrid, however, you can also plug the car into a charger to refill that energy and carry on your trip in full electric mode, should you wish.

There is another kind of plug-in that is a bit more rare: The range-extended battery electric vehicle is more electric than gas-powered. With a large battery that allows for everyday driving on full electric power, a ReX EV has a small gasoline engine that it uses as a generator to recharge the battery on the go. BMW recently phased out the i3 ReX, which operated in this way, and Mazda is set to bring the new range-extended MX-30 plug-in to market within the year.

All of these vehicle types—the hybrid, the plug-in hybrid, and the range-extended EV—comprise what is typically known as an “electrified” vehicle. The term is a catch-all to describe anything that uses electricity as a means of propulsion, but still has a gas tank. These are the in-betweeners that will help the world transition away from gasoline toward the electric future that awaits.

The future of the Corvette, both electric and electrified

For around a decade, high-end sports car manufacturers have been employing hybrid drivetrains to improve the performance of their fastest machines. Around 2013, Porsche, Ferrari, and McLaren all launched hybrid so-called hypercars to compete with each other, priced at or near $1 million. The 918 Spyder, LaFerrari, and P1 each produced around 1,000 horsepower with a combination of high-output gasoline engines and electric motors. Since that time, dozens of other performance-oriented hybrids have been launched by automakers around the world.

Using GM’s ultra-efficient Ultium battery platform, the upcoming hybrid Corvette will likely leverage its electric power to go faster, rather than deliver better fuel economy, though it will do that as well. The recently launched Corvette Z06 features a 670-horsepower V8 engine mounted behind the passenger compartment. It would stand to reason that Chevrolet will use this high powered ‘Vette as a jumping off point for the higher-performance hybrid model. With the engine in the back, GM is free to power the front wheels with electric motors, making for an all-wheel drive machine rumored to have four-digit horsepower numbers. It wouldn’t be all too difficult to deploy 330-horsepower worth of electric motors on the front axle of a mid-engine Corvette. In fact, each of the three motors in the GMC Hummer EV delivers about 330 horsepower.

As for the battery-electric Corvette, it will likely be available with around 1,000 horsepower as well. With two motors at the back and one at the front, the Corvette would still maintain its rearward-biased power delivery, and gain some pretty impressive acceleration. We’ve got a while to wait for any BEV Corvette, but GM has committed to introducing 30 new battery-electric vehicles by 2025, so you can bet the cornerstone of the Chevrolet brand will be one of them.