McLaren’s new sports car doesn’t need a roof, or even a windshield

The Elva’s clever engineering keeps air off of your face even at high speeds. 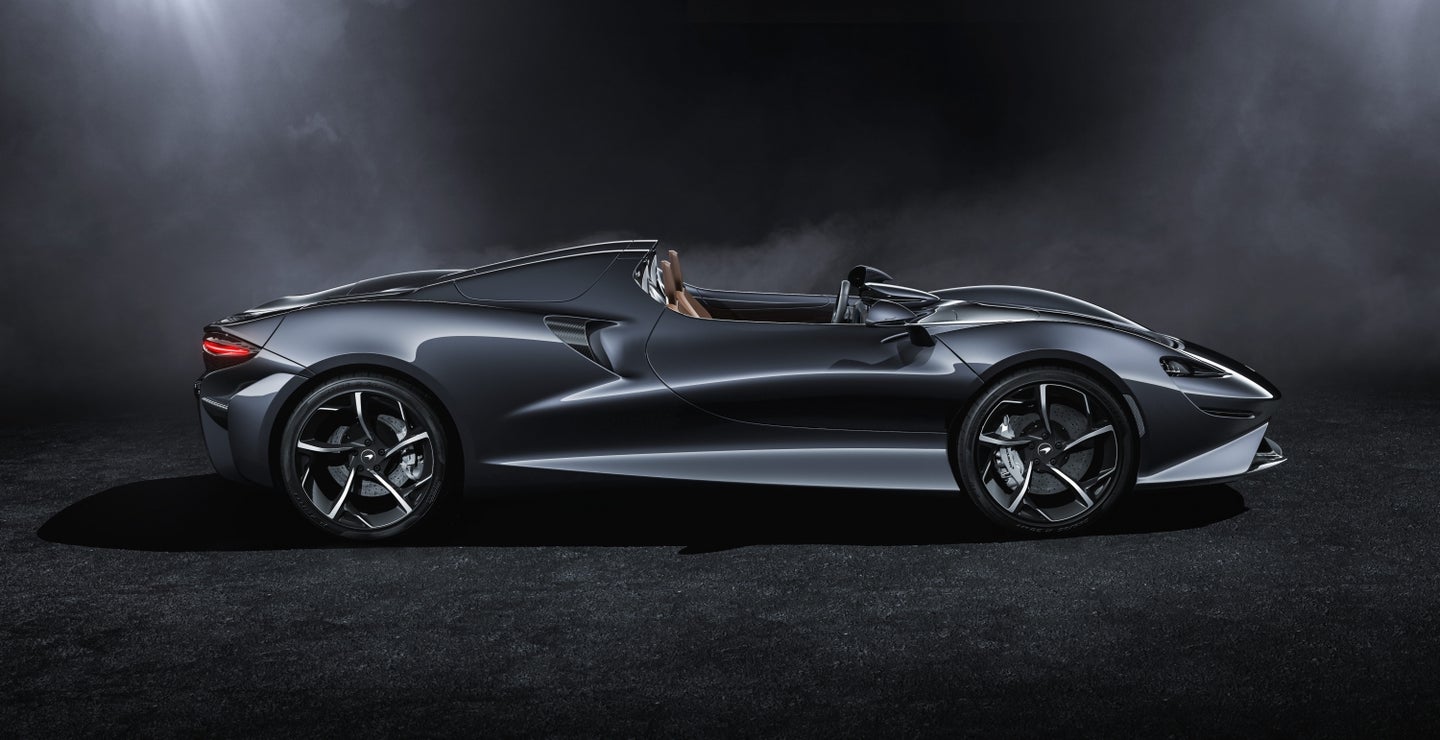 The McLaren Elva lacks a windscreen and a roof. McLaren
SHARE

Elva Cars Ltd. is a mostly forgotten member of the British cottage sports car fraternity of the 1960s, like TVR, Sunbeam and Morgan. But the company had the distinction of building the first roadgoing McLaren when it adapted the open cockpit McLaren M1A sports racer into the McLaren-Elva M1A in 1964.

Interest was high for a street version of McLaren’s successful racer, but as the company employed only seven workers at the time and they were busy building cars for racing customers. The solution was to hand off street car production to Elva.

When McLaren Automotive decided it was time to build its first topless sports car, secured the rights to the Elva name and applied it to the company’s quickest, and lightest, car yet. The result: the McLaren Elva, which lacks a roof or even a windshield, just like its forebear.

The old M1A was powered by a 340-horsepower aluminum 4.5-liter Oldsmobile V8. It’s a variant of the better-known Buick engine design that was sold to Rover and powered decades of Range Rovers. The Oldsmobile is distinguished from the Buick by different cylinder heads and piston crown.

Elva’s marriage of a steel tube spaceframe and a powerful, lightweight engine produced a car that Road & Track magazine pronounced “the fastest car we’ve ever tested and an example of the latest thinking in sports/racing cars.”

But today’s customers, no matter how dedicated, have entirely different expectations than those of a half-century ago. So when McLaren contemplated building a car that has no roof at all, they needed to get creative in dealing with airflow and climate control to provide a modicum of comfort inside the car. The solution is the Active Air Management System (AAMS), which shelters occupants by manipulating airflow to create a bubble of turbulence-free air in the Elva’s cockpit.

The Elva takes air in through a scoop under the car’s nose just above the splitter that blocks air from sneaking under the bodywork and ducts it out in the cockpit ahead of the occupants to deflect the wind blast that would otherwise hit them directly in the face.

The nozzle blasting out the air into the cockpit features a carbon fiber active deflector that automatically rises nearly six inches to steer the airflow higher as the car’s speed increases.

Eliminating the roof structure and heavy glass ensures that the Elva is McLaren’s lightest model, but the company isn’t offering specifics yet on exactly what that weight. In keeping with family tradition, the Elva employs a version of the corporate twin-turbocharged 4.0-liter V8 as seen in the Senna.

In the Elva’s state of tune, the engine is rated at 804 horsepower and 590 lb.-ft. Driving through a seven-speed paddle-shift dual-clutch transmission, the engine rockets the Elva to 60 mph in less than 3.0 seconds. It continues to 124 mph in 6.7 seconds (!), which is faster than the Senna we drove last year.

All this pure sports car goodness can be yours for the low, low price of just $1.7 million. That’s before you load it up with options anyway, which can include a windshield if you’re afraid of bugs in your teeth. Act now, because McLaren’s only building 399 Elvas, with deliveries scheduled to commence in a year.