A pair of researchers has forecasted 36 civilizations, to be exact. 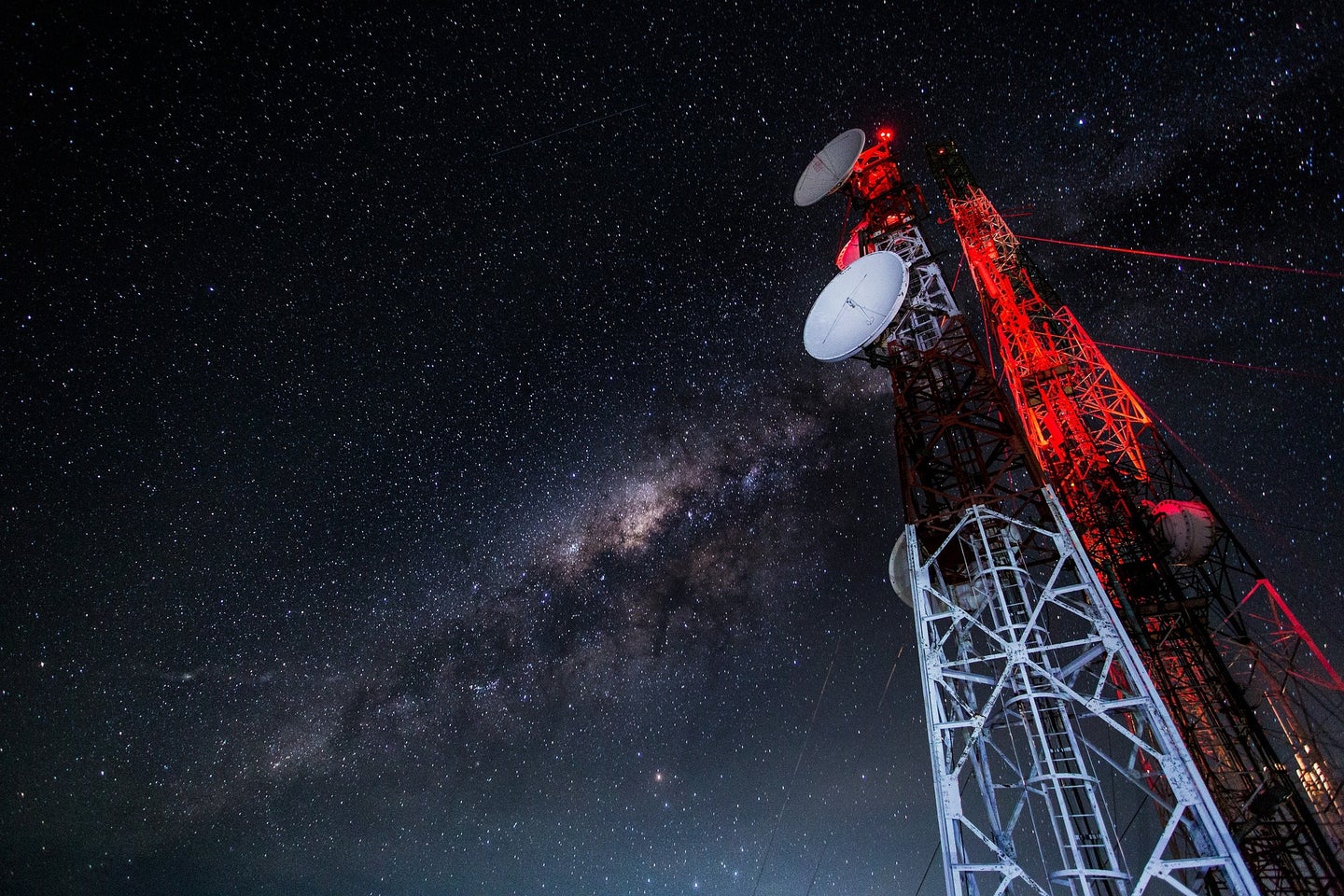 We’ve been sending out radio signals for about into the galaxy for a century. Have other civilizations been doing the same?. Pixabay
SHARE

With astronomers constantly discovering new exoplanets orbiting distant stars and planetary scientists better understanding the warm, wet corners of our own solar system, the universe is looking more and more hospitable to life. Until someone spots far-off extraterrestrial technology or uncovers a more local microbe, the existence of extraterrestrial life will remain an open question. But that doesn’t stop some from trying to narrow it down.

In the absence of hard proof, two researchers have made a new soft estimate of how alone humanity might be based on the (limited) information at hand. Their calculation, which appeared Monday in the Astrophysical Journal, blends current astronomical observations with one big assumption—that life on Earth is in no way special—to conclude that dozens of radio-capable civilizations may currently exist in the Milky Way, with 36 being the most probable number. They consider that figure to be a low-ball prediction but admit that they’re playing a highly uncertain and theoretical game, one guided by an infamous formula first laid out by astronomer Frank Drake in 1961.

“The Drake Equation is our best and only tool for trying to tackle this age-old question, even though it’s based on things that are still wildly speculative,” says Tom Westby, an engineer at the University of Nottingham in the UK and coauthor of the research.

Westby and his colleague, astrophysicist Christopher Conselice, are far from alone in their fascination with the Drake Equation, which inspires multiple publications each year. Such calculations take something of a gambler’s approach to astrobiology. For example, given what’s known about the abundance of stars and habitable planets, and making some intelligent guesses about the likelihood of life developing on those planets, how many instances of complex life might one bet have emerged?

The challenge, naturally, is that the calculation rests on a string of assumptions, some of which require significantly more guesswork than others.

Westby and Conselice focused the bulk of their analysis on what has been measured with decent accuracy—stars and planets. They considered observations of how quickly other galaxies generate stars, how many of those stars have the rich materials necessary to build planets, and how many planets NASA’s Kepler telescope has spotted in our own galaxy.

For the unknowable parts of the Drake Equation, such as the odds that hospitable planets sprout life, and the chances that life can grow complex enough to develop radios, they turned to philosophy. Leaning on a notion called the mediocrity principle, they assumed that humanity has nothing special going for it. If a sufficiently Earthlike planet exists, they presume, technologically capable life will inevitably evolve there after about five billion years, just as it did here. For the same reason, the duo also assumed that a civilization survives for at least 100 years after switching on their radios, just as humanity has (so far).

These are huge assumptions, Westby agrees, but he suggests that they’re a necessary and reasonable evil for doing such a calculation. “That’s the great problem with astrobiology, trying to extrapolate from one data point here on Earth, he says. “But if we are one of a sample, we should expect ourselves to be typical in most respects.”

Other researchers, however, have criticized this premise. David Kipping, an astronomer at Columbia University who recently published an analysis of the odds of extraterrestrial life based on a different statistical framework, pointed out that we have no way of knowing whether humanity is the exception or the rule.

“If you take a lottery winner and ask them how many tickets they had to buy to win, they’d probably say a few dozen or so, but that doesn’t mean that we should expect everyone wins the lottery after just a few tries,” he explains in an email to PopSci. “Winner’s bias distorts their view of reality. This is the fundamental flaw in their argument.”

And there are reasons to think Earth might be a special place. Our yellow sun, for instance, is not so mediocre in a galaxy where red dwarf stars are the norm.

But if we didn’t hit any particular cosmic jackpot, we should expect company in our mediocrity. After mixing together their observations, estimates and guesses, Westby and Conselice calculated that between four and about 200 civilizations (and most likely about 36) could be alive and broadcasting at this very moment. As he crunched the numbers, Westby felt encouraged by this Goldilocks result—not so large that astronomers should be deafened by alien radio stations but not so tiny that no intelligent life should exist anywhere. We know that we’re here, at the very least.

“One of the most satisfying moments when I was throwing all the numbers together into the final simulation, that [final] number [of 36 civilizations] was relatively close to one,” he says, in comparison with less plausible estimates like a billion or 0.00000001. He adds that he considers the figure “a bare minimum based on our toughest assumptions,” such as “assuming we are near our own extinction.”

The pair also ran the numbers for relaxed assumptions, such as technological civilizations developing faster than the 5 billion years it took for us to emerge here on Earth, and the possibility that such species can survive for extended periods of time, keeping their radios on for longer than a century. In those cases, they found that thousands of civilizations could be broadcasting at this very moment, rather than dozens.

The results give searches for extraterrestrial transmissions long, although not quite impossible odds. Enthusiasts hoping to establish contact, however, may not want to hold their breath. Even under the researchers’ more optimistic assumptions (which yield nearly 3,000 currently broadcasting civilizations), our nearest neighbor would likely live almost 2,000 light years away, making an inter-civilization text message a four-millennia affair.

But the Milky Way may not have always been such a sparse and lonely place. Westby notes that the galaxy peaked (with regard to star production) about 10 billion years ago. Perhaps five billion years after that, when microbes were just getting started on Earth, would have been the prime time for radio-based socializing.

“We might be quite late to the party,” Westby says.