Jocelyn Bell Burnell discovered pulsars, but someone else won the Nobel

Bell Burnell has spent her career holding her field to a higher standard of excellence and equity. 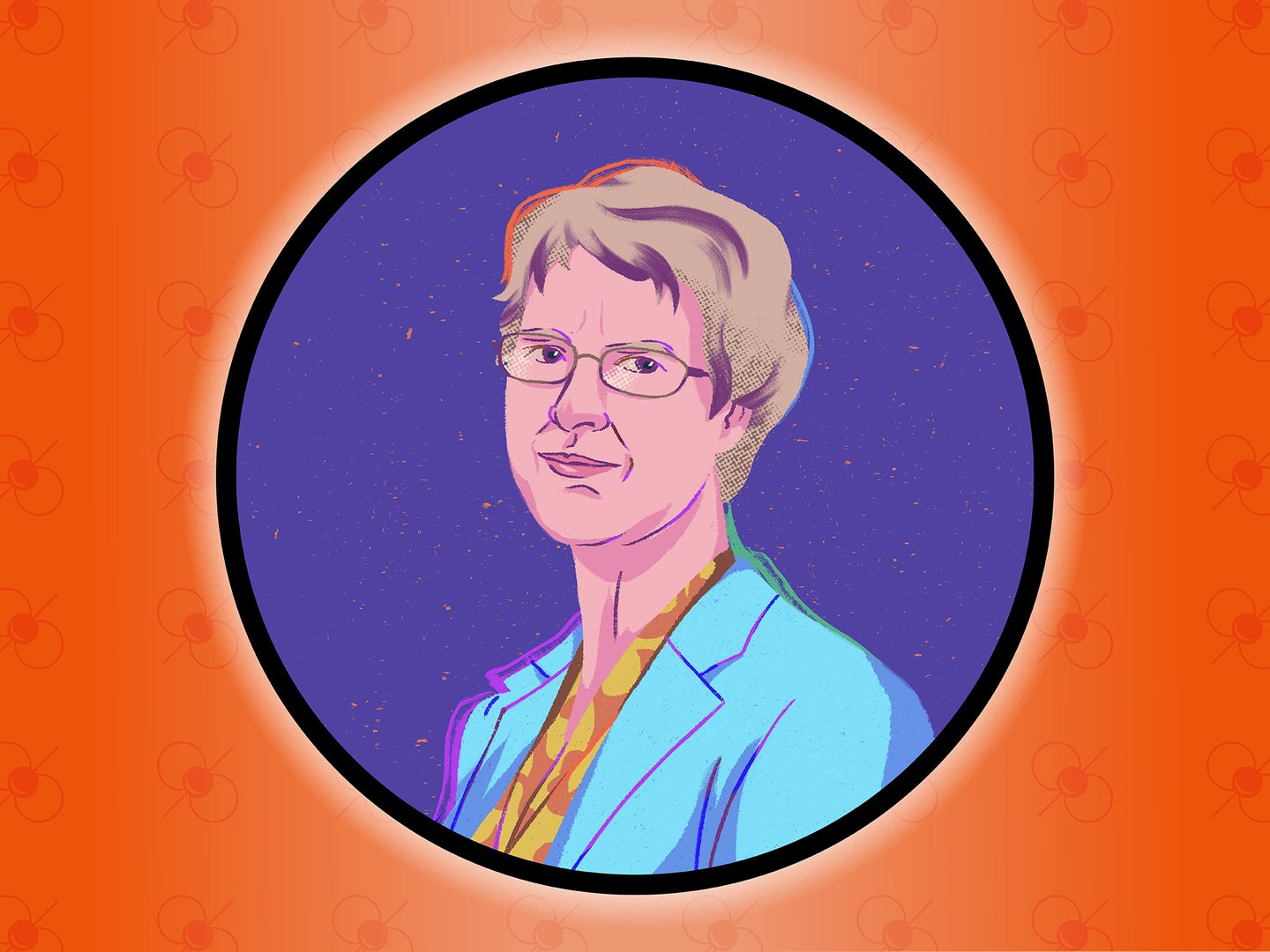 Jocelyn Bell Burnell, a doctoral student in astronomy at Cambridge University, was plowing through the massive set of cosmic data from a radio telescope when she spotted something peculiar: a series of spikes in relative brightness. At the time, in 1967, a full scan of the sky took four days and generated nearly 400 feet of paper printouts, so a data error or printer glitch could have easily been the culprit. She saw it again later, in the same spot, and figured out by digging through reams of data that the flashes occurred with amazing regularity—one about every 1.33 seconds. It was as if there was a pulsating clock up in the sky.

At first, Bell Burnell’s supervisor Antony Hewish thought the bursts were caused by human activity—or that they might be the beacons of an extraterrestrial civilization. They jokingly dubbed the mysterious flickering lights “Little Green Men” (LGM), entertaining the remote possibility that they were, in fact, signs of alien life. But Bell Burnell would soon find evidence disproving that far-out notion.

She’d discovered the first known pulsar—a rotating neutron star that emits beams of electromagnetic radiation out of its magnetic poles, akin to a lighthouse spinning its beam. “We spent a month trying to find out what was wrong, so unexpected was the signal,” she later recalled. “At the end of that month, I found a second pulsar, killing the LGM hypothesis and indicating a new kind of astronomical source.” Seven years after Bell Burnell’s discovery, the 1974 Nobel Prize in Physics was awarded to Hewish and his colleague Martin Ryle. Bell Burnell was left out, an omission that represents a systemic shortcoming in academic pursuits she’s spent a career working to change.

Born in 1943 in Belfast, Northern Ireland, Bell Burnell found her calling early. “When we started doing science at school, which in Britain is age 12, it became clear quickly that I was good at physics, okay at chemistry, and bored with biology,” she said in a 2014 interview with Current Science. She specifically recalls her father bringing astronomy books home from the library when she was about 14: “I read these from cover to cover.”

Bell Burnell earned a bachelor’s in physics from University of Glasgow in Scotland and went to study astronomy at the University of Cambridge. As part of her doctoral thesis, she and other students built a radio telescope—a massive antenna and receiver that detected electromagnetic waves streaming down from faraway stars. After six months of data gathering, she had literal miles of papers to examine. Without her attention to detail, she might easily have missed those mysterious blips, the discovery of which was published in Nature in 1968.

Her revelation did more than reveal a faraway blinking star: It took physics and astronomy to new heights. In the decades that followed, scientists used these celestial clocks to study space phenomena. Pulsars helped researchers discover gravitational radiation—the ripples in space and time emanating from faraway celestial bodies—which was predicted by Einstein, but remained unconfirmed for nearly a century. Scientists have also used pulsars to study gravitational waves emanating from faraway black holes.

Bell Burnell has attributed her omission from the Nobel to prevailing scientific mores of the era. “At the time, the picture we had of the way science was done was there was a senior man and a whole fleet of minions under that senior man,” she said in an interview with CNBC years later. “

Although she felt that her exclusion had more to do with being a student than her gender, she’s since became a passionate advocate for women in science, pushing to improve the situation with the institutions whose policies and practices often ignore or bypass women while favoring men. To help mend this problem, Bell Burnell co-founded Athena SWAN—an organization that aims to advance gender equity in academia—in 2005.

Bell Burnell herself went on to have a stellar career. She held several professorships, including at University College London and the University of Oxford, and worked at the Royal Observatory, Edinburgh, until she retired in 2004 and became a visiting professor at the University of Oxford. In 2018, she was awarded the prestigious Breakthrough Prize, given for achievements in fundamental physics, life sciences, and mathematics. She donated the $3 million prize money to the Institute of Physics in the UK to fund scholarships for grad students from underrepresented groups, in the hope that they’ll one day make groundbreaking, world-changing discoveries the way she did.