COVID vaccine hesitancy is showing up in unexpected places

Though BIPOC are often highlighted, they’re not the group with the highest rates of vaccine hesitancy. 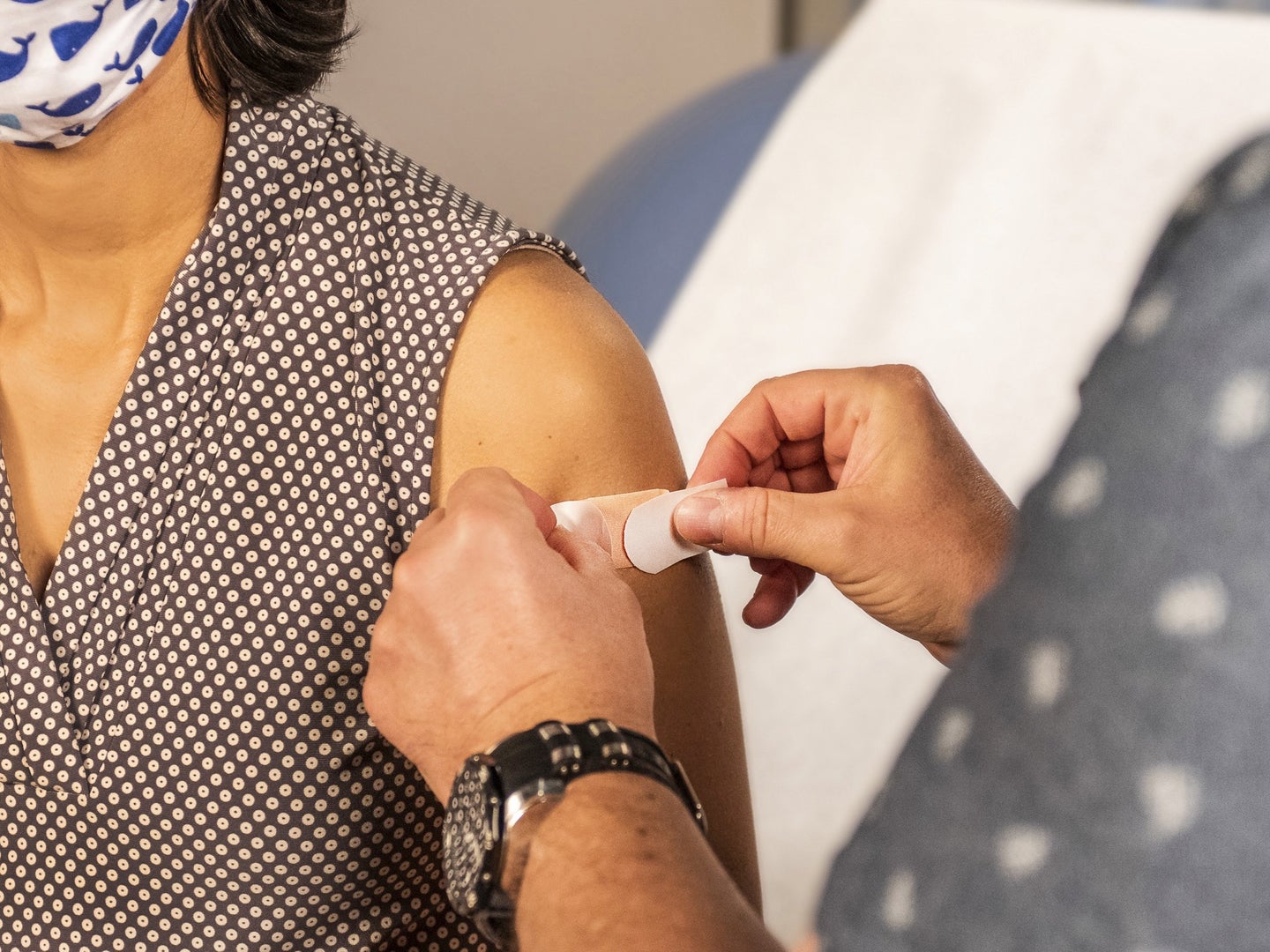 Shots are painful, but getting one is probably the most socially responsible thing you can do this year. CDC
SHARE

As the United States nears the offramp from a pandemic that has killed more than 500,000 people, one obstacle looms: vaccine hesitancy. Although hesitancy has fallen, around 30 percent of Americans currently say they won’t take a COVID vaccine.

“When we looked at the numbers for vaccine hesitancy about the COVID vaccine last summer, they were extraordinarily high,” says John Parrish-Sprowl, director of the Global Health Communication Center at Indiana University-Purdue University, and who trains public health institutions on vaccine communication. “But as people started getting vaccinated, we’ve watched those numbers steadily decline… and we watch the number of people getting vaccinated rise every day.”

Early in the pandemic, media coverage of vaccine hesitancy focused on trends among Black Americans. But recent polling from an NPR/PBS News Hour/Marist survey suggests that in fact, Black Americans are just as likely, if not more so, to want the vaccine than white Americans.

Instead, the most hesitant category were Republican men, 49 percent of whom said they would not take the vaccine if offered.

After much public urging, former president Donald Trump endorsed the vaccine on March 16 in a Fox News interview. “I would recommend it to a lot of people that don’t want to get it. And a lot of those people voted for me, frankly,” he said, before adding, “But, you know, again, we have our freedoms and we have to live by that.”

Trump’s endorsement may seem too little, too late after a year of COVID misinformation. But for some skeptics, it might be just what they need.

Vaccine hesitancy is as old as vaccines. As physicians Gregory Poland and Robert Jacobson relate in a 2011 New England Journal of Medicine review, “since the 18th century, fear and mistrust have arisen every time a new vaccine has been introduced.” Even an early British proto-vaccination campaign against deadly smallpox in the 1910s was slowed by refusal.

The postwar period in the US was notably vaccine acceptant, but since the ’80s, vaccine hesitancy has blossomed as infectious disease has become rarer, and a number of debunked studies questioned the vaccine safety record.

But until recently, hesitancy was a phenomenon that didn’t fit neatly into national politics.

“[Vaccine refusal] has been across the political spectrum,” says Sean O’Leary, a pediatric infectious disease specialist who studies vaccine attitudes. “Those tend to be the extreme ends of both parties.”

[Related: We’re finally studying how to combat the anti-vax movement, but the methods may surprise you]

A 2004 study found that vaccine hesitancy was more prevalent in white, wealthy, highly educated households, (what O’Leary referred to as the “crunchy granola” narrative), but the attitude also has to do with geography, since vaccine hesitant parents tend to cluster in specific communities or schools.

At the same time, there’s long been a religious and often fundamentalist element of vaccine hesitancy, whether based on concerns over fetal cell-lines used in research, animal products in manufacturing, or safety.

The uniting thread is that vaccine hesitancy tends to have staying power in tight-knit communities where people can reinforce one another’s beliefs. What someone accepts as evidence is individual, Parrish-Sprowl says, but it’s also shaped by the people around them.

“A physician thinks of evidence as the results of experimentation,” Parrish-Sprowl says. That’s not the evidence that most people act on, which he says “ranges from scientific evidence, to things that a person that we believe and trust told us … So we have evidence based upon varying degrees of source.”

What makes COVID vaccine hesitancy among white Republican men somewhat different is that it’s based in a national, rather than local, demographic.

“This pandemic has really uniquely broken down along political lines in terms of the belief that it is a threat,” O’Leary says. “I think that’s what we’re seeing now with the vaccines: Why would I get a vaccine for something that isn’t real?”

Which probably isn’t a surprise: the pandemic has been heavily politicized from the very start, and the right wing news has drifted further from the rest of the country and from the reality of the dangers of COVID. In some ways, it’s much like the tight-knit, isolated communities that have historically fueled skepticism.

So when Trump tells Fox News viewers that they should take the vaccine, Parrish-Sprowl says, that’s likely to be powerful evidence for some. “A lot of people hang on every word that Trump says, and if Trump says it, then it’s true. There’s a slice of people for whom that makes a difference,” although he cautions that he doesn’t know how many it will be.

Still, vaccine hesitancy during the pandemic comes across another national backdrop. In the past 10 years, O’Leary says, “anti-vaccine advocates have lobbied fairly successfully with state legislatures, spouting their vaccine misinformation and pitching it as a personal liberty issue.”

That “very small sliver” of activists have succeeded in turning vaccines into another battle in the culture war, and have found sympathetic conservative lawmakers in many states, who have been willing to expand childhood vaccination exemptions. “School immunization laws are designed to keep vaccine-preventable diseases from spreading within schools,” O’Leary says. “Those didn’t used to be a political thing. They were common sense: you send your child to school, you don’t want them to get sick. But now, those types of bills have very much become blue versus red.”

Those same activists have used distrust of the COVID vaccines to find new audiences, Renee DiResta, the research manager of the Stanford Internet Observatory, writes in The Atlantic. “Networked factions that have long fought to erode confidence in vaccines recognize that this is their moment.”

Still, both O’Leary and Parrish-Sprowl say they expect the hesitant pool to shrink. “There’s going to be a complex combination of factors that are going to make acceptance increase over time,” O’Leary predicts. People nervous about side-effects will see others come out healthy. Some will realize that vaccines are a way to end the pandemic. “There’s going to be an element of social norms—all your neighbors have gotten the vaccine.” And international “immunity passports” may add another layer of pressure.

For evidence, just look at the significant chunk of new parents start out vaccine hesitant. In a 2017 study of new mothers in Washington State, researchers found that while 10 percent didn’t want vaccines at childbirth, that number had dropped to six percent two years later, with no outside coaching. “In the end, we don’t really know what that final pool of people look like, and what their concerns are,” Parrish-Sprowl says. But, he says, they won’t be unreachable, especially if doctors make an effort to build up their trust.