His administration will rely on “science and scientists.” 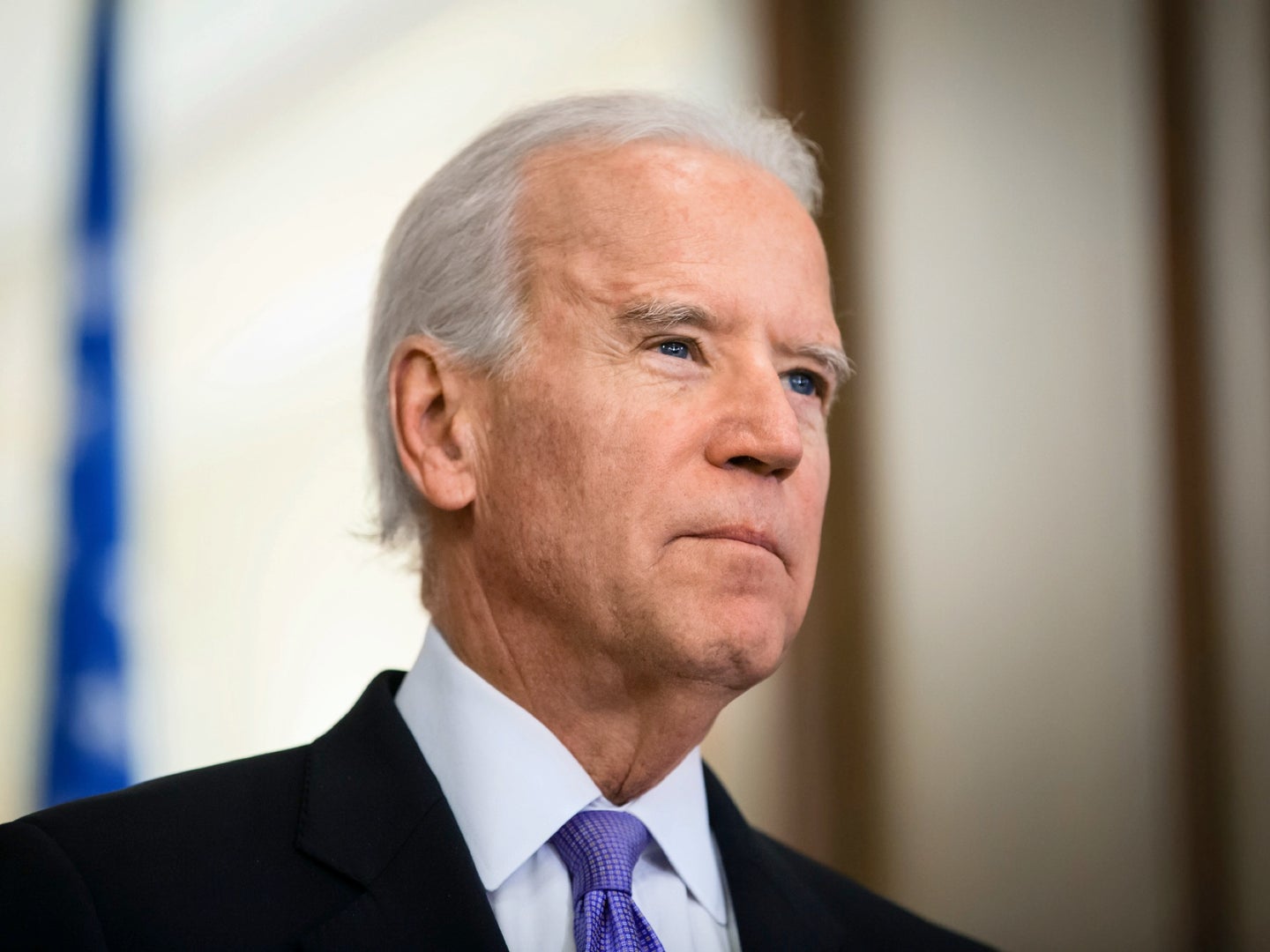 Biden while president-elect. As a candidate, he centered climate as its own crisis. Deposit Photos
SHARE

President-elect Joe Biden announced the key parts of his COVID-19 relief plan this week, bringing some much-needed reassurance and guidance to America in the midst of a bungled vaccine rollout. The goal is bold: 100 million shots given out in his administration’s first 100 days in office.

Biden acknowledged in a speech on Friday afternoon that many people will question how achievable that goal might be. While President Donald Trump had previously promised that 20 million Americans would be vaccinated by the end of 2020, just over 11 million people had received their first doses as of January 14, and only a bit more than half a million people have received their second dose to achieve full vaccination. But Biden was firm: “I’m convinced we can get it done.” For what it’s worth, experts have said this is doable, if optimistic.

COVID-19 has killed more than 388,000 people in the US since the pandemic began in early 2020, and there have been close to 2 million deaths worldwide from the disease. That makes Biden’s plan crucial. He outlined five key things his administration is planning to do to turn this situation around.

Strict rules over who can be vaccinated and confusion over the logistics of getting people the shots have actually led to precious doses being thrown in the trash, an especially disheartening sight as the US is cresting its highest wave in the pandemic. Biden stated they intend to work directly with states to allow more groups to get vaccinated, namely those 65 and older and essential, customer-facing employees like grocery store workers. That first group has accounted for more than 80 percent of all deaths, so vaccinating them is of the utmost importance.

Though, as Biden noted, the advice to vaccinate health care workers first was indeed based in science, the rules have been too rigid to implement well. The priority will now be to vaccinate as many people as possible, as quickly as possible. You can look up how to register in advance for vaccination in your state so that you’ll be notified when you’re able to get an appointment.

Part of the challenge in distributing a vaccine is the physical distribution. Biden announced he will instruct FEMA to begin setting up centers for vaccination on his first day, located in schools, sports stadiums, and community centers. The focus will especially be on people hardest hit by the virus, like Black and Latino communities, as well as partnering with doctors in rural areas to get the vaccine out to farther-flung regions.

That will also involve deploying people the same way the federal government does for natural disasters, he stated. Clinical and non-clinical professionals alike will be sent out to assist in the process, and the Biden administration will be reimbursing 100 percent of the costs of deploying states’ National Guards.

Use pharmacies to get the vaccine out

The Biden administration’s goal is to make getting a COVID-19 vaccine as easy and convenient as possible. In that vein, they’ll be working with independent and chain pharmacies to turn them into distribution centers. Since many pharmacies are already equipped for vaccinations like this one (they already regularly give out vaccines for the flue and shingles) this implementation could be quite rapid. It also means that people seeking a vaccine won’t have to go to their doctor or to a hospital. And any barrier we remove to getting people vaccinated will help.

Biden intends to use the Defense Production Act as a means of accelerating the production process for COVID-19 vaccines, but also for things like personal protective equipment. President Trump also used the DPA to get funds for some COVID-related items, but the administration didn’t use it to support supply chain issues. Back in December, Pfizer reported that they had asked the White House for help with acquiring supplies, but didn’t get much of a response. Trump officials maintained that they had invoked the DPA multiple times to help the vaccine production process, but there have still been serious supply problems.

The supply of doses currently being held for second shots will also be released, at least for the most part, so that as many people can get their first dose, as soon as possible. Health and Human Services Secretary Alex Azar had announced the same thing earlier this week, though the Washington Post reported on Friday that those reserve doses might not actually exist. Trump administration officials deny this, so it’s still unclear whether those backup doses have already been shipped out, or if there is in fact a reserve.

The Centers for Disease Control still recommends that everyone get two doses within about a month of one another (exact days in between differ among the two currently available vaccines), and Biden reinforced that his administration has no plans to change this CDC-recommended schedule. But with production continuing to ramp up, the idea is to put as many shots in people’s arms as rapidly as possible.

Communication about COVID-19 during the Trump era has been scattershot at best and flagrantly dishonest at worst. Biden intends to rectify that. In his speech, he stated that his priority would be to keep state and health officials up-to-date on supply, so that those organizations can plan ahead how to get vaccines out to as many people as possible.

He also announced that his administration will be providing updates to the public on a regular basis, both on the vaccination goals and their progress. Biden said they will “lead with science and scientists,” and realize that they still have a lot of work to do rebuilding trust with communities that have historically been abused or ignored by the medical establishment. Black and Latino communities are getting infected at four times the rate as other groups, and dying at three times the rate, he noted, which makes rebuilding that trust of utmost importance.

Biden also reiterated his plan to ask everyone to mask up for his first 100 days in office. “This is not a political issue,” Biden said. “This is about saving lives.” He will be issuing an executive order requiring masks in all areas where the president has authority, as with interstate travel and federal buildings, and will ask state governors and city mayors to do the same for their jurisdictions. If everyone wore a mask for those 100 days, Biden said that measure could save 50,000 lives. Despite how politicized the issue has become, he said, “this is a patriotic act.”