The new COVID-19 team has a lot of work to do. Here’s how they should start.

They’re inheriting a mess, but they can turn this ship around. 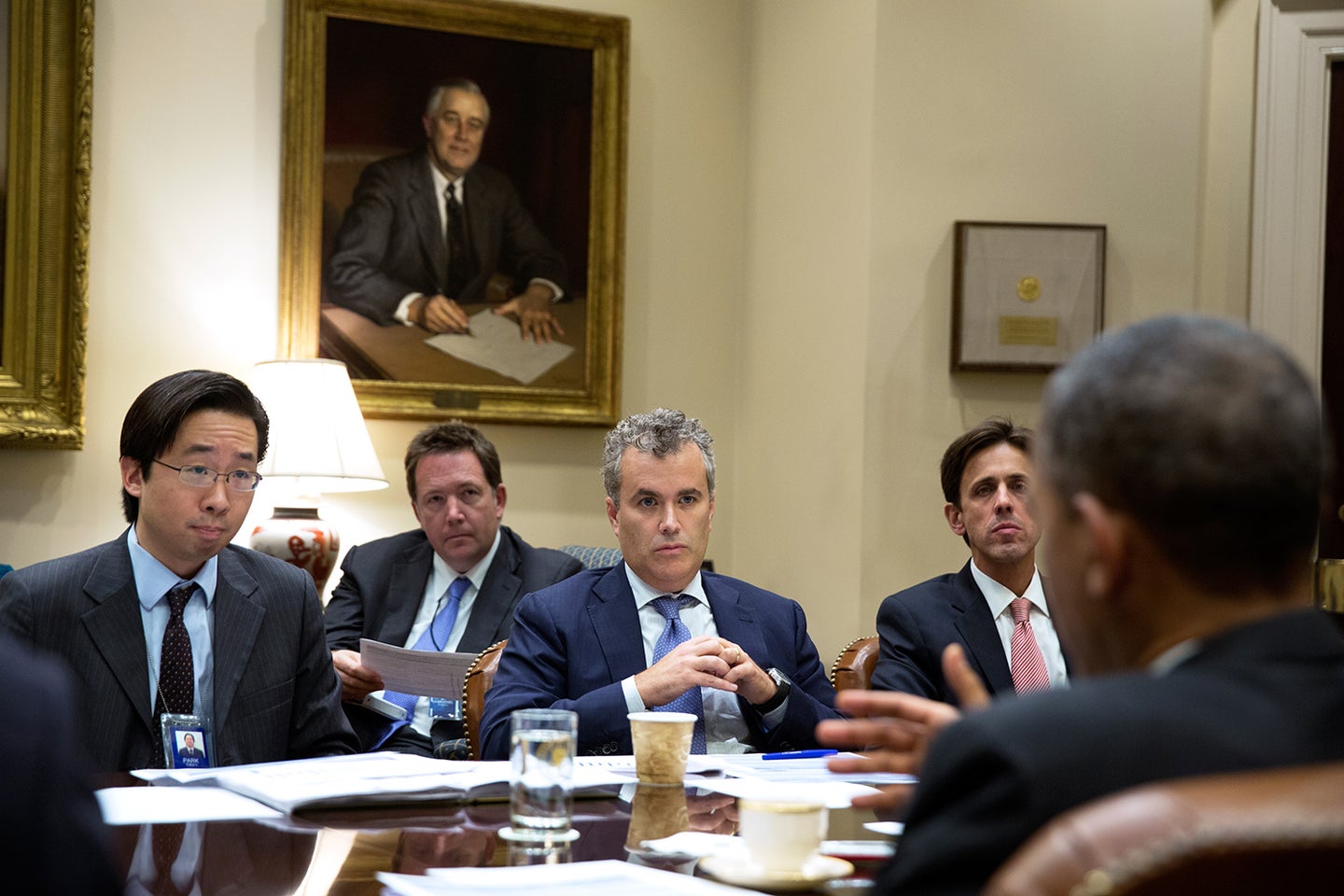 Jeffrey Zients, pictured in the middle seat, at a meeting in 2013 when he served under the Obama administration. Pete Souza
SHARE

Since his election in November, much attention has been paid to now-President Joseph R. Biden’s plans to mobilize the federal government’s response to the pandemic, especially in contrast to the lack of any cohesive, national plan from the Trump White House. Throughout the transition, the Biden-Harris team announced that the new administration’s plans would revolve around a new team with a dedicated coordinator to collaborate across almost every federal agency and department.

Established by executive order on January 20, the COVID-19 Response Coordinator has the authority to convene leadership from multiple federal agencies in order to produce a government-wide response to the pandemic.

Filling this top role is Jeff Zients, a former Obama administration official who is well-known for his ability to tackle complex logistical challenges. Zients accrued years of experience in operation management in the private sector before joining the Obama administration in 2009, where he served as the acting director of the Office of Management and Budget from 2010 to 2013 and the director of the National Economic Council from 2014 until 2017.

John T. Monahan, a former Obama administration official who served as senior counselor to the Secretary of Health and Human Services (HHS), says centralized leadership will be key to coordinating a government-wide response. “The most important thing the Biden team has already done was create a COVID response structure centralized in the White House, including all the relevant federal agencies,” he says.

The president has already signed multiple executive orders designed to impart cohesive guidance and provide the starting point for Zients and his collaborators. In the same order that created the position of response coordinator, Biden invoked the Defense Production Act (DPA) to support those efforts.

Originally passed in 1950 and renewed in 2019, the DPA allows the executive branch to direct private companies to prioritize the manufacturing and distribution of certain materials as the federal government sees fit. Zients and his team have been asked to identify gaps in the supply chains for vaccines, personal protective equipment, and testing, and to use the DPA to address these gaps.

Another order called for a review and centralization of the federal government’s COVID-19 data collection across all departments and agencies, and for that data to be accessible and accurate to enable decision-making across cabinet departments.

Other orders signed on Inauguration Day include:

Under Zient’s leadership is a vibrant cast of experts in medicine and public health, including Anthony Fauci as the president’s chief medical adviser on COVID-19. Other members include a new Surgeon General, Vivek Murthy, who served in the position under former President Obama, as well as a new head of the Centers of Disease Control and Prevention (CDC) in Rochelle Walensky, the current chief of the Division of Infectious Diseases at Massachusetts General Hospital.

To establish a link between the public and the country’s medical experts, the Biden administration has resumed frequent briefings with experts on COVID-19, which the Trump White House discontinued just a few months into the crisis.

James W. Curran, the current dean of the Rollins School of Public Health at Emory University, says he is pleased to see the Biden administration defer to medical experts.

“What makes me optimistic about the new administration is that more attention will be paid to consistent communication and transparency, more respect for science,” he says. “Particularly in government at the CDC and the FDA, with more messaging from all of the scientists as well as the president himself.”

Jonathan Temte, associate dean of the School of Medicine and Public Health at University of Wisconsin-Madison, echoes Curran’s optimism. “I was very heartened to hear that Biden was bringing in a number of experts and stepping back and saying, ‘this group of individuals is in charge of our response’,” Temte says. “To hear that [the administration] will adhere to their opinions, their interpretation of the data, and their use of best practices to get us through this.”

But in addition to taking advice from experts, several experts PopSci contacted note that communication will be perhaps an equally important hurdle.

“We saw from the beginning of this pandemic that the problems we’re running into are social science problems that have little to do with scientific information and a lot to do with the way we all make choices on a daily basis,” says Dietram A. Scheufele, a professor of Life Science Communications at the University of Wisconsin-Madison.

Scheufele points to the appointment of Alondra Nelson to deputy director for science and society in Biden’s Office of Science and Technology Policy. Nelson, who is a trained social scientist rather than physical scientist, may be able to fill this gap in understanding between scientific research and day-to-day decision making in American society, especially as it relates to COVID-19.

Monahan, who was involved in the Obama White House’s response to the novel H1N1 influenza during his time at HHS, says that in his experience, centrally coordinated communication from the federal government is very valuable in a crisis.

“In the case of H1N1, each communication to the American people was coordinated centrally from the White House,” Monahan says. “Communication from President Trump during COVID has been by my judgment, just awful and inconsistent, and I think you’re already starting to see the value of having a clear, consistent message from the president.”

Similarly, Temte emphasizes the need for scientific backing in messaging from leadership. “It’s incredibly important to have consistent, strong communication and messaging going out,” he says. “It has to be underscored by the scientific evidence out there. It has to be prioritized by not only the federal government but then by states. And the more consistent the messaging can be, the better.”