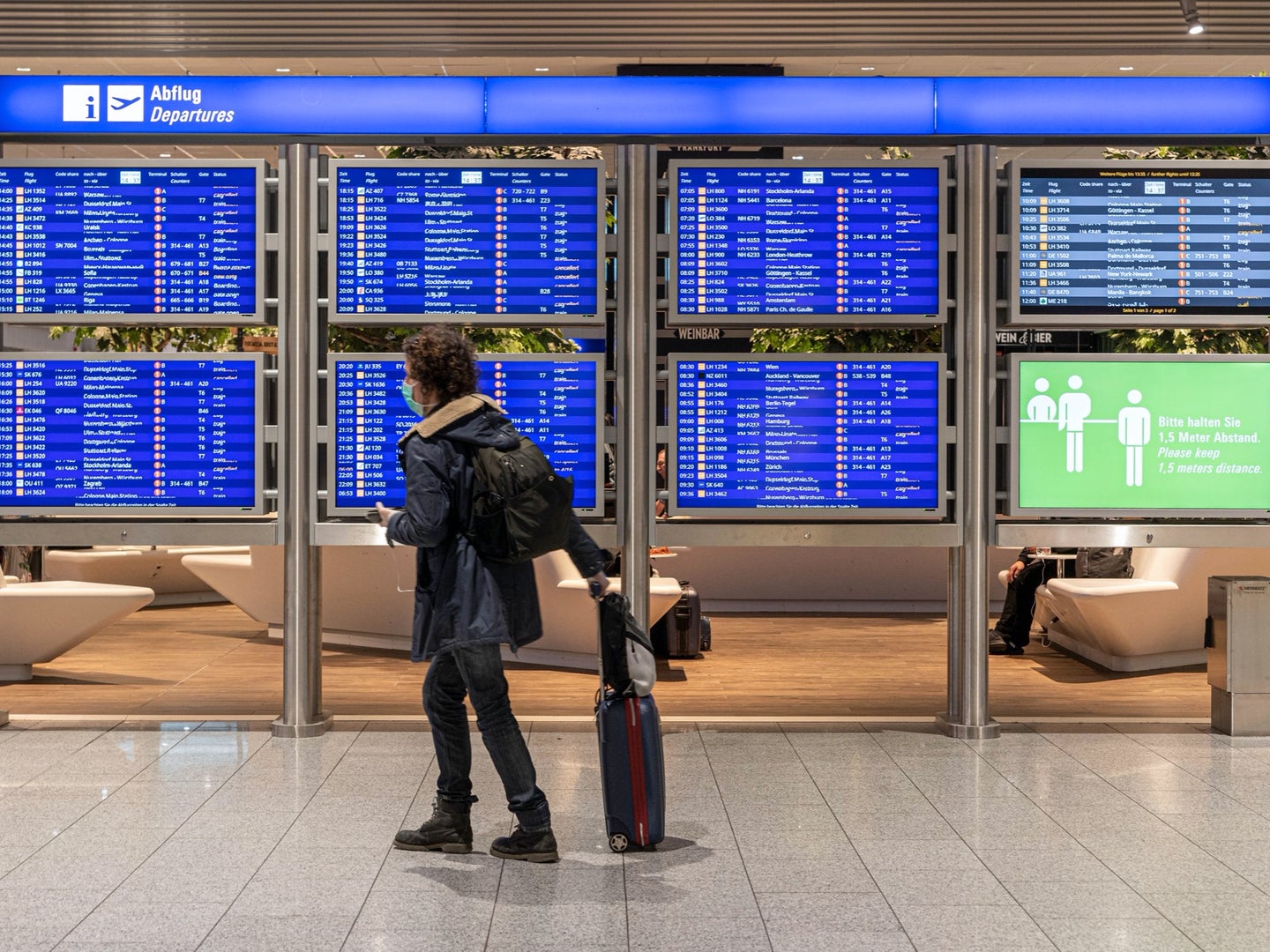 Airports are already vastly different than before, but with new COVID restrictions they're about to get weirder. Gerald Friedrich/Pixabay
SHARE

President-elect Biden spent much of the last week unveiling his administration’s plans to open up and accelerate vaccine distribution. In light of his inauguration tomorrow, and in the face of a US government response to COVID-19 that’s varied between haphazard and nonexistent, his promises to tackle the pandemic might feel like a fresh breath of spring air. He’s boldly promised to deliver 100 million vaccines within his first 100 days in office.

The virus, of course, doesn’t care about calendar dates, and continues to spread. Here’s what else has been going on with the pandemic in the last week.

B.1.1.7, the COVID-19 variant first identified in the UK, has alarmed scientists for being as much as 50% more transmissible than common existing strains. Only a handful of B.1.1.7 cases have been reported in the US so far, but with limited testing for the strain, it’s likely already more widespread than scientists know. Now, scientists from the CDC are warning that B.1.1.7 might become the dominant strain of the coronavirus by March.

The impending threat of B.1.1.7 places even more pressure on authorities at all levels to vaccinate as quickly as possible. The consequences of failure could be dire: a renewed surge of the coronavirus in the spring, fuelled by B.1.1.7 or other fast-spreading strains like it, along with hundreds of thousands more deaths. Incoming CDC director Rochelle Walensky stated that COVID-19 deaths in the US could surpass half a million by February. Left uncontrolled, B.1.1.7 is likely to exacerbate that.

Fortunately, public health officials believe that other high-transmission variants first found in Brazil and South Africa aren’t circulating in the US—at least, not yet. Another variant, L452R, has recently spread rapidly through Northern California. Public health officials are watching closely, but they don’t yet know if L452R behaves differently from more common strains.

The US will continue to tighten restrictions for international arrivals

The CDC announced last week that, starting on January 26, all travellers entering the US by air—regardless of citizenship status—will need to test negative for COVID-19 no more than 72 hours before departure. Airlines will deny boarding to those who don’t have proof of a negative test. Such a requirement already existed for travellers from the UK, but this new extension brings the US in line with numerous other countries that already mandate the same.

As one of Donald Trump’s last acts in the presidency, his administration on Monday attempted to end blocks on travel from countries where Covid was spreading rapidly, such as Brazil and much of Europe. That last-minute decision almost certainly isn’t going to stick. Biden spokesperson Jen Psaki tweeted that the incoming administration will only strengthen those restrictions, stating “this is not the time to be lifting restrictions on international travel.”

The pandemic, and our response to it, has brought on an interesting side effect: the usual flu season seems to have all but vanished. Between late September and late December 2020, the CDC reported just 1,016 influenza cases—less than one-sixtieth the number of that same time period in 2019. Those numbers are even more striking since there’s been six times as many tests for the flu, with many COVID tests also checking for several influenza strains.

It’s turning out to be a record low flu season, and scientists believe that credit belongs to people wearing masks, socially distancing, and washing their hands. These simple acts have been more successful at preventing the flu, experts think, because the influenza virus doesn’t spread as aggressively as SARS-CoV-2.

Experts last year had raised alarms about a nightmarish “twindemic” scenario in which hospitals would be overwhelmed by overlapping outbreaks of the coronavirus and the seasonal flu. Although flu season isn’t over—and COVID-19 is certainly overwhelming many hospitals all on its own—that seems to have been averted.