If we shrink national monuments, science will suffer

Badass crocodile bones are at risk. 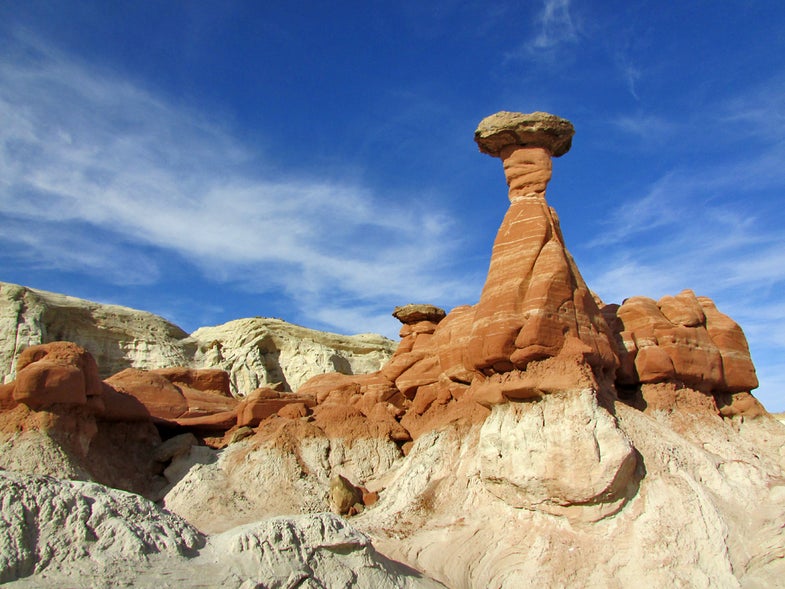 The Society of Vertebrate Paleontology is suing to defend Grand Staircase-Escalante and Bears Ears National Monuments in Utah. They’re trying to protect more than 400 research sites, where scientists have found thousands of important fossils—including Diabloceratops, one of the oldest known triceratops and David Polly’s personal favorite. When Polly became the president of the Society of Vertebrate Paleontology, he never expected that filing lawsuits would be part of the gig.

On December 4, the Trump administration announced that they intend to reduce Bear’s Ears to about 15 percent of the 1.5 million acres designated by President Obama last year. The executive branch will also shrink Grand Staircase Escalante National Monument to about half its current size, which was put in place by Bill Clinton in 1996. Polly says that the changes to the national monuments in southern Utah affect at least ten percent of his whole organization, about 2,200 scientists.

Scientists worry that private enterprises such as mineral excavation and drilling will disturb the fossils and wildlife at the monuments, and that this presidential action will lead to funding cuts that will limit both research and science communication. Popular Science spoke to three scientists about their research—and their concerns about how cuts to Bear’s Ears and Grand Staircase will affect it. 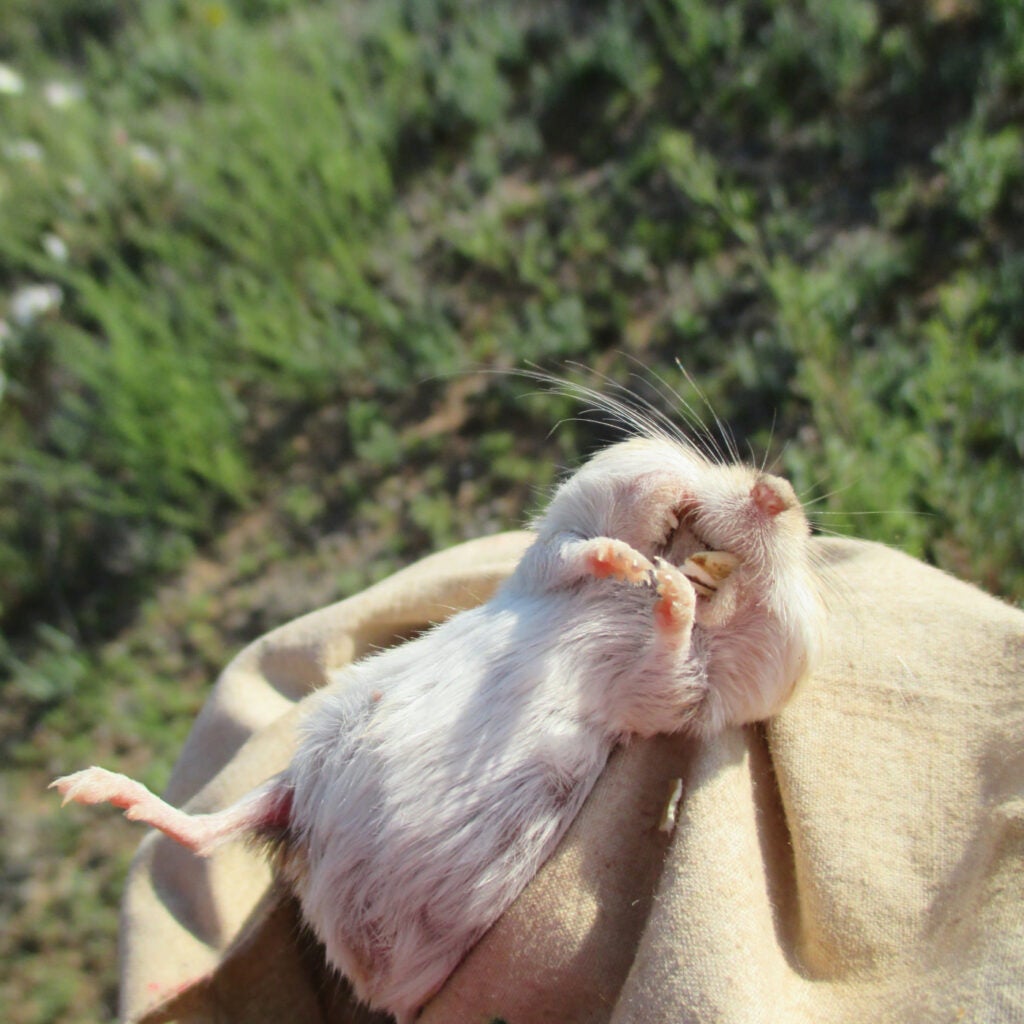 Allison Stegner, a researcher at the University of Wisconsin-Madison, studies packrat middens in the Bear’s Ears national monument. That might sound cute, but the research involves anything but fuzzy rodent gloves. These small mammals collect carnivore bones, coyote poop, and the regurgitations of raptors and owls. “It’s really charming,” says Stegner.

Because packrats are so picky about the rocky hovels where they spend their lives, a single family can occupy the same space for thousands of years. This makes them ideal archaeological assistants. “If you were to dig a hole through the sand you would find ancient, buried levels of the packrat nest,” says Stegner. By exploring these layers, she learns about how different species—plants, animals, long-gone mollusks, and even a juvenile parrot—have responded to past environmental changes. With this data, she makes hypotheses about how Utah’s native species will respond to future climate change. She has found that small mammal populations remained pretty much stable over 5,000 years. But that all started to change over the last couple centuries. Lately, species have been disappearing.

In addition to her packrat work, Stegner surveys fossils across the monument. She has found the bones of a phytosaur, an extinct crocodile with a long snout and extensive body armor. She’s also tracked down some Permian fossils that help paleontologist piece together how different species moved from the water to the land over the course of their evolution.

Stegner says that oil and gas mining pose a threat to the rare fossil beds in Bear’s Ears, which shed light on how different species once interacted. “I have no problem with multi-use land in any way, but I do have a problem with giving over this incredible place, that is so important culturally and scientifically, to [serve] the interests of a few people,” she says. 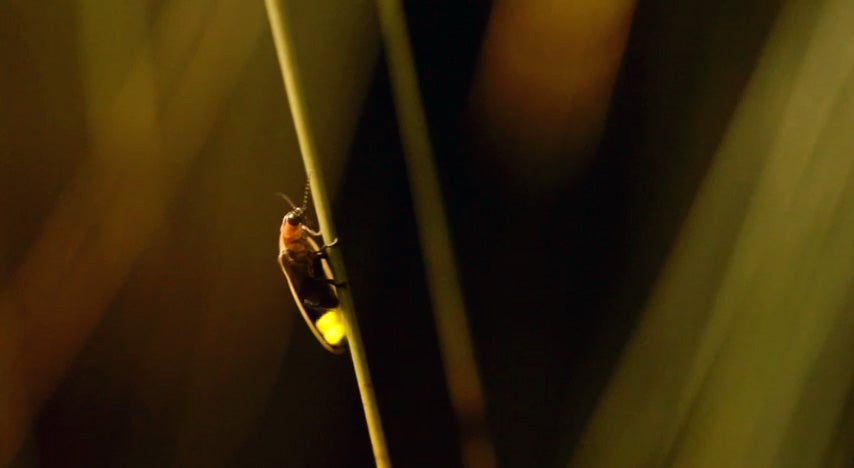 Seth Bybee, life sciences professor at Brigham Young University, started hearing reports of fireflies in Utah in 2012. He wanted to investigate the diversity of local firefly populations. He started to collect fireflies in the state, but realized that the research was going to be slow going. Then, he had the idea of harnessing the power of the masses. With the help of Christie Bills, then a collections manager at the Natural History Museum of Utah, he set up a website where citizen scientists could report their firefly observations. Their project took off. “We think we’ve discovered three new species, though we have to do a lot of leg work to make sure,” he says. “We’re pretty excited about that.”

Western fireflies are the party insects of the Pyractomena world. They tend to come out earlier and stay out later than their eastern counterparts, which makes them easier to spot. Volunteers can submit their sightings with a timestamp and habitat information. Undergrads or trained citizen scientists venture out to check the site, which the researchers then load onto a map of fireflies in Utah.

Bybee says that convincing people to submit data was easy. “Turns out Utahns love fireflies,” he says. “It was not a hard sell to get people to participate.” And the project is a popular public service to people who want a luminescent camping experience. Bybee says he gets as many requests for information on where the fireflies are as submissions with new sightings.

Many of the firefly sightings lie with the national monument. Bybee says he doesn’t know how the shrinking public lands will affect his research, or the firefly populations. He anticipates some early conveniences. “It might actually make it easier on us because we don’t have to get as many permits,” he says. But he worries about how the changes will affect his research over time. “We might lose the possibility to get down there and look at these things in untarnished habitats,” he says.

When Robert Gay was an undergraduate studying paleontology, his research cleared a dinosaur species of cannibalism charges. Other scientists thought that Coelophysis, a bird-like dinosaur, ate its young because they found some bones inside the Coelophysis rib cage. But Gay disproved this theory. “My work showed that the animals had been underneath, not inside, the animals,” he says. “And some of the bones would not have been able to fit down the esophagus.”

Now Gay looks for fossils in Bear’s Ears. He knows exactly what will happen if the monument status is taken away. He’s already lived that scenario. Barack Obama only designated the monument in December 2016. While Gay was working in Bear’s Ears before the change, one of the sites was looted. The skull of a crocodile mimic called a Pravasuchus was returned to staff at the petrified forests of Arizona. The researchers there published an abstract announcing they had the fossilized head right as Gay and his research team discovered the rest of the body. It fit perfectly.

When the site became a national monument, extra law enforcement were assigned to protect scientific digs. Now, Gay says he is concerned that funding will be cut and his dig, right off the highway, will become a beacon for fossil thieves. “It becomes harder to do the work,” he says. He was also hoping that the area could someday be turned into a dinosaur park display, because of the diversity of species in the area. Visitors might be able to imagine Utah as the Jurassic (or Triassic) Park it once was, with many species of dinosaurs and mammals interacting. Tax dollars fund scientific research, after all, and U.S. citizens deserve to get their money’s worth. Now, he says that dream is a long shot, and people are less likely to view—and be amazed by—the megafauna that once ruled the region. “The public may never get to see this site,” he says.