“This would be a complete industrialization of the wildest place left in America.” 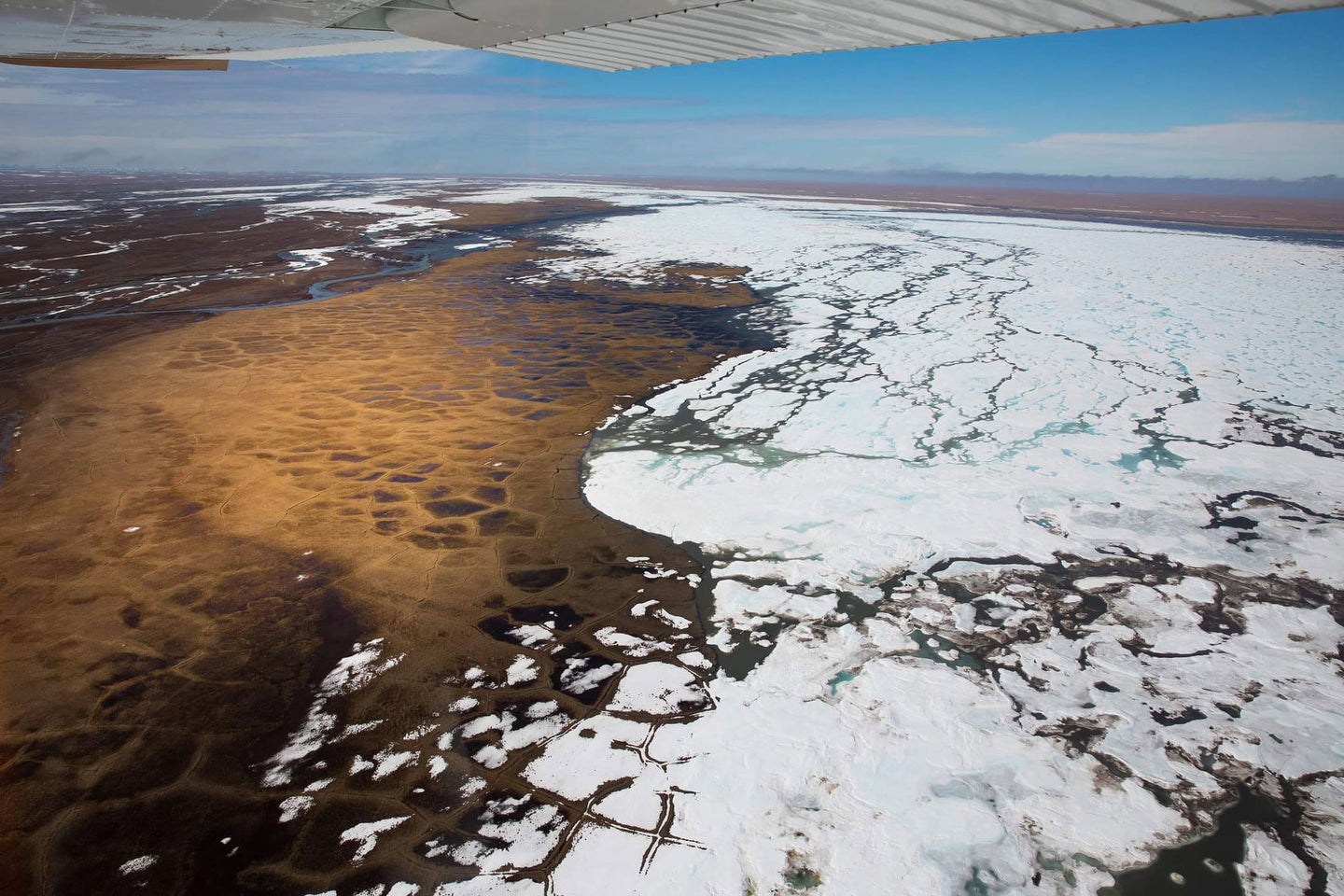 The Arctic National Wildlife Refuge spans more than 19 million acres on Alaska’s northern coast. One particular section of it, known as the 1002 area, also purportedly holds 10 billion barrels of oil. .S. Department of the Interior
SHARE

This story was published in collaboration with Nexus Media.

The Trump administration is making a last-minute push to sell oil rights in the Arctic National Wildlife Refuge (ANWR). Firms can now select which swaths of pristine Alaskan wilderness they would like to drill, and they could bid on leases before President Donald J. Trump leaves office in January.

ANWR is the largest wildlife refuge in the country, an area roughly the size of Maine spanning the northwest corner of Alaska. In the 2017 tax bill, Congress authorized drilling in a Delaware-sized area along the coast that is thought to contain around 10 billion barrels of oil. The Trump administration is now rushing to auction off drilling rights on that tract before President-elect Joe Biden takes office, as Biden has pledged to protect ANWR and ban new drilling on public lands.

While the American Petroleum Institute states that the leasing program will “create good-paying jobs and provide a new revenue stream for the state,” conservation groups say that oil and gas drilling would pose a major threat to wildlife and could worsen climate change. Likewise, energy experts say that drilling in remote parts of Alaska makes little sense given the stubbornly low price of oil.

“If you asked from a geographical or engineering standpoint, ‘Where should we be producing oil and how much?’ It just seems unlikely that ANWR would be a good place to get it,” says Mark Jacobsen, an energy economist at UC San Diego.

It would cost substantially more to drill in Alaska’s frigid north—where there are no roads and it’s completely dark for months at a time—than to drill in, say, North Dakota or Texas. Drilling only makes sense if leases are dirt cheap, Jacobsen says. And with oil prices in a lurch and EVs on the rise, there’s little reason to lay claim to new reserves of oil.

“The long-term future of the oil market is in question at this point, particularly with California’s looming mandate for an all-electric vehicle fleet and the rapid advances we’re seeing in electric vehicle technology,” he says. “The proven resources that are already out there might be enough to cover the last days of the gasoline fleet.”

Even if oil and gas companies secure cheap leases, they may still struggle to finance their operations. Bending to pressure from environmental groups, major lenders—including Wells Fargo, JPMorgan Chase, Goldman Sachs, Morgan Stanley, and CitiGroup—have all said they will not fund drilling in the Arctic.

Environmentalists are concerned in part with the effect on climate change. Oil and gas drilling sites are prone to leaking methane, an extremely potent heat-trapping gas. Further, if burned, the reserves of oil buried under ANWR would yield around three times as much carbon pollution as that produced by every coal plant in the US yearly.

Drilling could also imperil wildlife. ANWR’s coastal plain, which is known as the 1002 Area, is home to snow geese, muskoxen, polar bears and, most notably, porcupine caribou. The porcupine caribou come to the coastal plain in summer to give birth to their young. There, they can be safe from the wolves, grizzly bears and golden eagles that live in the foothills and mountains nearby. They’re also protected against mosquitoes, as stiff winds coming off the ocean scatter the pesky insects.

But oil and gas drilling could displace the porcupine caribou, according to a report from the U.S. Geological Survey. Massive drilling operations could push herds away from the coastal plain and into areas where they’d be swarmed by biting insects or attacked by predators.

“Oil and gas development in the Arctic is a massive industrial activity that involves permanent roads, pipelines, gravel mines, the use of freshwater from rivers, housing facilities for workers, landing strips for planes, and helicopter landings,” says Adam Kolton, executive director of the Alaska Wilderness League. “This would be a complete industrialization of the wildest place left in America.”

Oil and gas exploration would also have consequences for the native Gwich’in people, who live near ANWR. The coastal plain is sacred to the community, and they depend on the porcupine caribou for subsistence hunting. They fear that new oil and gas drilling will upend both their past and future.

“It’s a threat to our way of life. It’s a threat to our food security and our identity, and our identity is not up for negotiation. All our songs, stories, and dances are directed to the porcupine caribou herd,” says Bernadette Demientieff, executive director of Gwich’in Steering Committee. “Our creation story tells us that there was a time when we were able to communicate with the caribou, and we made a pact to take care of each other. The vow we made has always stood.”

“They’re trying their best to hand mineral rights over to anyone who might want them at whatever the price might be before they leave,” Kolton says. “This is, ‘Let’s liquidate national treasures, whatever the cost might be.’”