From Bat Ears to Sonar 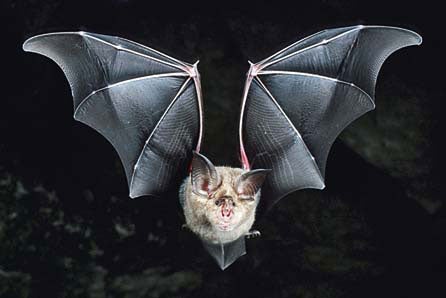 Nobody ever accused the bat of being beautiful. But its ugliest features—its freakishly ornate ears and intricately furrowed mouth—play a key part in the animal’s uncanny ability to track its prey. The mystery is how. 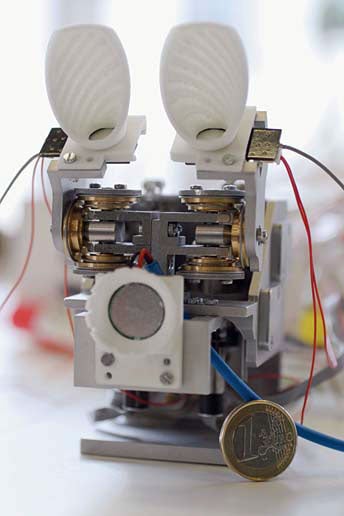 The white, sonar-forming antennae on the “robat” are based on 3-D scans of bat ears.

Now, through sophisticated computer modeling and robotics, Rolf Müller and Herbert Peremans are at last beginning to reverse-engineer a digital approximation of the bat’s ultrasonic sonar system. Their effort, part of an $8.5-million European Union project called CILIA, could lead to more-advanced sonar technology—and possibly even bat-inspired antenna designs.

All active sonar, including in the animal world, involves emitting sound pulses and interpreting the reflected echoes. But even the best man-made systems are no match for the bat, which can sort through countless noises on the fly to pinpoint obstacles or prey, a key part of a navigational process known as echolocation.

Müller, a computational physicist at Shandong University in China, has amassed what is probably the world’s largest database of bat parts—nearly 600 Spock-like ears and wrinkly facial structures called noseleaves. His specimens come from caves, attics and occasionally even restaurant kitchens across Southeast Asia. 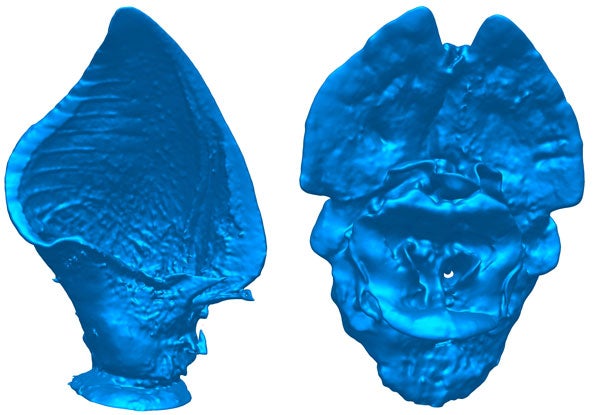 In his lab, Müller puts the dissected parts through a digital CT scanner, which captures details as small as 10 microns. His team designed a computer model to simulate how sound waves pass through these structures and provide clues to how the bat’s natural sonar transmitter and antennae work. So far, the scientists have learned that a protrusion in the outer ear called the tragus (in humans, it helps hold earbuds in place) appears to help the bat organize the incoming sonic clutter. Müller is meeting with a NASA scientist to investigate whether the work could improve antenna designs.

Meanwhile, Peremans, an electrical engineer at the University of Antwerp in Belgium, is busy creating a set of synthetic ears and mouths based on Müller’s 3-D scans. These will attach onto a life-size robotic bat head dubbed the “robat.” Carrying an ultrasonic transducer capable of producing bat-like 20- to 200-kilohertz pings, it will help them develop better robotic sonar and navigation systems.