The U.S. is officially leaving the Paris Climate Accord, but the world is still fighting

The withdrawal won’t go into effect until after Election Day next year. 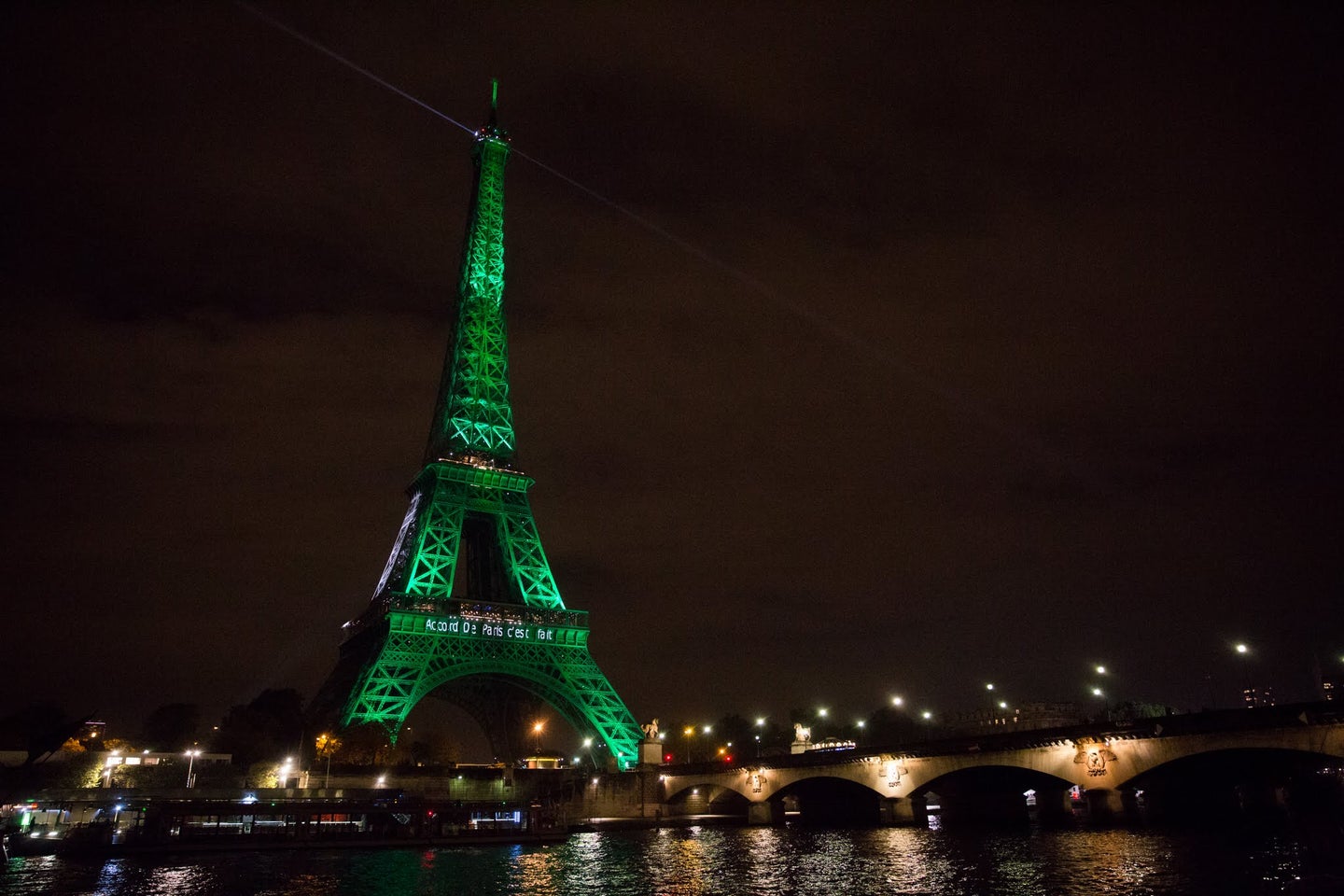 Two years after stating that the US would be pulling out of its commitments with the Paris Accord, Donald Trump is making good on his promise.

Back in June 2017, President Trump told the world that the US would drop all commitments to the Paris Agreement. The accord first went into action in 2015 when 200 countries joined in the non-binding agreement to lower carbon emissions, with wealthier nations agreeing to help pay to blunt climate impacts in poorer ones. So far, the US is the only government to break the pact.

The goal of the agreement is to keep the global climate from rising 1.5 degrees Celsius, which would put the world in a much better position than if it warmed two or three degrees in terms of heatwaves, drought, biodiversity loss, and more. But by withdrawing its pledge, the US is taking itself further off course from kickstarting economic growth, says Andrew Light, a distinguished senior fellow at the World Resources Institute. He points out that countries participating in the Paris accord are eligible for a trillion-dollar investment in climate resilience and renewable energy.

“The Paris Agreement was a good deal for the United States,” says Kelley Kizzier, Environmental Defense Fund’s associate vice president for international climate. “It was made possible by US leadership and took US interests into account throughout.”

Of course, the accord is not meant to solve climate change by itself. Recent research shows that governments needs to respond quickly with their own localized plans to combat the most glaring dangers like sea-level rise. “We know now from the science that the commitments on the table from the Paris Agreement aren’t good enough to get us where we need to get,” Kizzier says.

Still, the rest of the world is poised to move forward on the unifying plan. Leaders of the G20 international forum and European Commission are already preparing to ramp up action, Kizzier says, without the US’s input. “It’s going to make Americans less safe and less competitive,” says Light. “Countries look to the United States on dealing with climate change as much as they have in the past looked to us for food assistance. The United States is now turning it’s back on those relationships.”

The decision by President Trump also doesn’t reflect public opinion: A recent poll of 3,281 Americans reveals that nearly 70 percent of them support “aggressive” climate action. More than 50 percent of those respondents identified as Republican.

The year-long process to officially withdrawal from the Paris Agreement will end the day after the election in 2020—leaving the final decision in the hands of whoever takes the White House next.

“I can’t see there being any major barriers to the US getting back in,” Kizzier says. “The US is a major per-capita emitter in terms of developed countries. There won’t be an international blockade.”

In 2020, participating world leaders will meet for COP26 in Glasgow, Scotland, to update and communicate their Paris Agreement commitments. In the meantime, cities and states across the US are taking initiative to follow their own Paris Agreement goals, even as the Trump administration continues to roll back environmental protections. Just yesterday, it announced it would weaken regulations on how to dispose of toxic materials in coal waste, including arsenic, lead, and mercury.

Congress, in the meantime, is considering its own carbon-cutting legislation—but traction has been slow. “In the end, doing nothing is not an option,” Kizzier says. “This delay will only mean that climate action will be more costly for the United States.”