Gas stoves are bad for the environment—but what if the power goes out?

They aren’t eco-friendly, but can be lifesaving in a catastrophe. 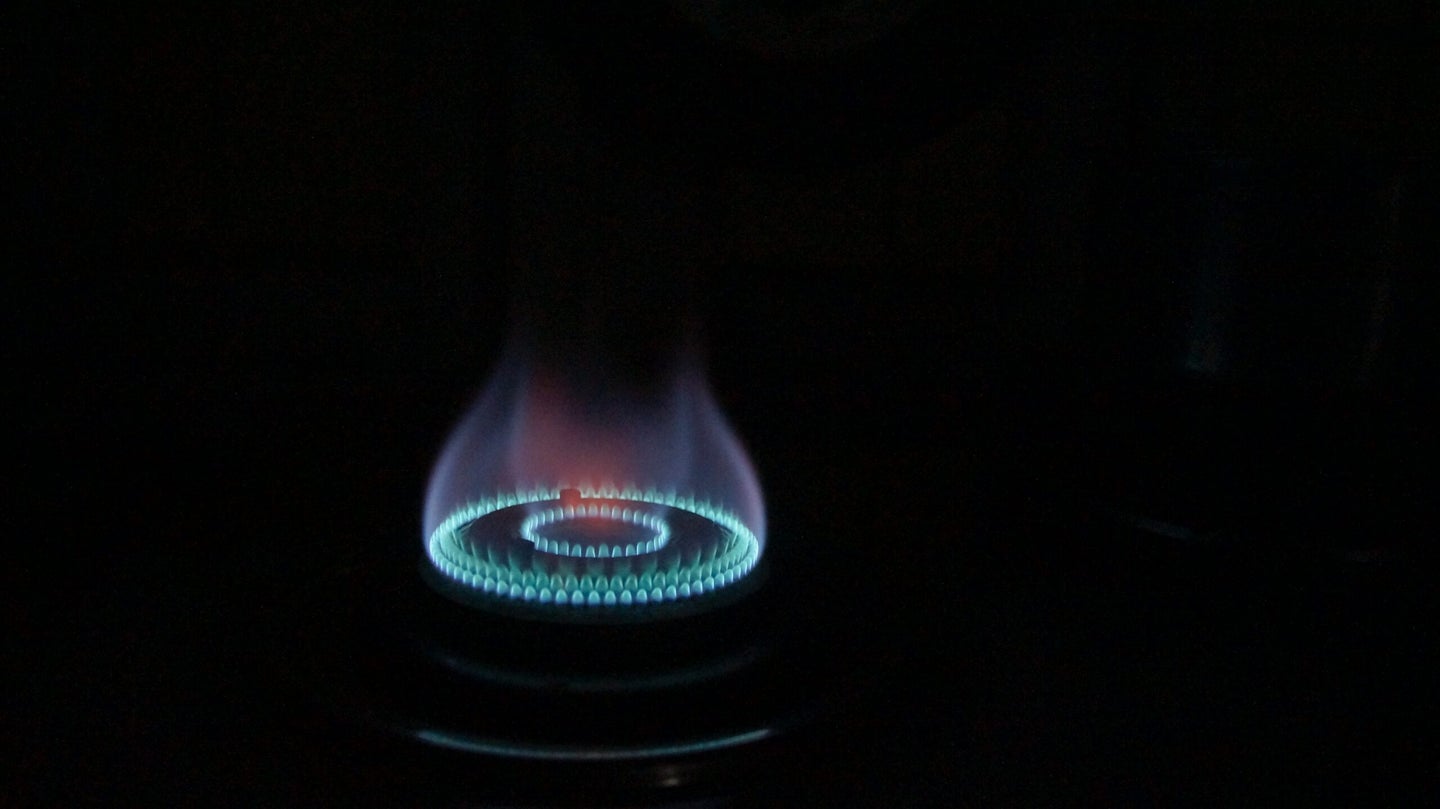 Upgrading to an electric stove is just one step. We also need a grid that can withstand climate events. Ayesha Firdaus on Unsplash
SHARE

Burning fossil fuels directly into your home is not amazing for your health, and it certainly isn’t an ideal way to provide heat or cook when it comes to decreasing our carbon footprints, as individuals and as a whole society. But it’s not often that we think of our gas stoves this way, even though it’s absolutely no secret that these environmental and health concerns are real.

The obvious answer to the questionable consequences of using gas stoves is working towards switching to electric stoves in new buildings and making it easier for people to retrofit them in existing homes.

“We feel that for policymakers and new construction, there’s no need [to install new gas stoves],” says Brady Seals, who manages the carbon-free building program at the Rocky Mountain Institute (RMI), a nonprofit focusing on the transition to clean energy. “For climate and for health, we should be building all-electric.”

But in some emergency scenarios, like when Texas was buried under a pile of snow, people can get stuck without electricity for days and risk super cold temperatures and limited access to food and clean water. During those rare events, which may become less rare thanks to climate change, a gas stove can literally be a lifesaver. So what is a gas-stove owner to do—keep polluting their house in case of an emergency, or switch over?

Here’s the breakdown of how to balance sustainability, health, and emergency prep when thinking about your stove.

First off—let’s look at the real damage a gas stove can do.

The two big issues with gas stoves can be broken down into how they make humans unhealthy and how they make the planet suffer. When it comes to human health, think about it this way: When you burn natural gas to light up your stove for cooking, you’re literally standing in front of a fire hose of pollutants that would never make the cut for air quality standards outdoors. For comparison, the outdoor standards for nitrogen dioxide levels in the US is 100 parts per billion on average. Simply baking a cake in a gas stove can bring up that level to 230 parts per billion, according to a 2020 report by RMI.

“It’s the one appliance in our home that we are standing in front of every day,” says Seals, who co-authored the RMI report. And in many situations, the proper ventilation methods, even as simple as opening up a window or cleaning out the filter on a range hood, are left for normal people to figure out instead of being required. “The more we’ve been digging into it, there are not enough safeguards to gas stoves,” she adds.

[Related: Decades of U.S. air quality improvements may be slowing, and these areas have it the worst.]

The health risks of a higher nitrogen dioxide intake can range from asthma to cardiovascular effects and even cancer. Exposure can be especially troublesome for kids, who may experience neurological problems that link back to nitrogen dioxide. Other harmful gases, including carbon monoxide, can also be released by cooking with a gas stove, which can lead to some seriously deadly poisoning if unventilated.

Beyond just the ickiness of inhaling fumes from our stoves, burning natural gas gives off carbon dioxide that simply cannot be captured, which a climate-sustainable society cannot afford, according to William Nazaroff, a professor of environmental engineering at the University of California at Berkeley.

“At the point of delivery—if you use it to heat your house, if you use it for cooking—there’s no practical way to control emissions at that point,” he says. And while a lot of our electricity right now is still in the grips of fossil fuels, in the future more of it will hopefully come from clean, renewable sources, making electricity the clear choice for your cooktop.

“As we move from carbon-intensive electricity to clean electricity, then electricity as a cooking tool becomes more and more carbon favorable,” Nazaroff says.

What needs to be done in the future, and what you can do now

As wonderful as it sounds to just magically turn every stove into an electric one, the transition will require more than simply swapping out appliances. First off, even going through the switch could cost a chunk of change that not everyone can afford. But there also need to be more guarantees that build out our electricity grid in a more resilient way, to protect people from the crazy weather that climate change might be throwing at us in the future.

“The Texas system wasn’t built to be adequately resilient, and that needs to be part of our future planning explicitly,” says Nazaroff. And it’s not impossible—upgrades for storm protection may be costly, but they are certainly available and being used in states more prone to icy winters. Not to mention, as technology continues to get more effective and affordable, battery storage à la Tesla and using electric vehicles to power necessities could be the “future of emergency preparedness,” Seal says.

[Related: The US has more power outages than any other developed country. Here’s why.]

But as much as we’d all love for the government to make a resilient grid and electric stove upgrades happen overnight, that’s unfortunately not how the policy works. And extreme weather events, from cold freezes to wildfires, strike without asking any of us what our plans are, which means we need to have options ready right now.

“We need to be planning for that now, as policymakers, utilities, businesses, property owners. There’s just not been a lot of planning,” Seals says.

If you want to move away from using a gas stove right now, using an electric hot plate can be a good option for everyday use, Seal says, so you don’t have to burn natural gas regularly and can instead use your stove as needed.

For anyone worried about grid resiliency in a climate event, whether they rely on gas or electricity, she recommends having a camp stove available for emergencies. And if you don’t want to start making the complete switch to electric cooking yet, make sure to at least ventilate properly and have a working carbon monoxide detector in your home, just in case.

“All of our energy systems are subject to disruption, even gas,” Seals says. “We should think as individuals for our backup, but policymakers have to be planning for this now.”