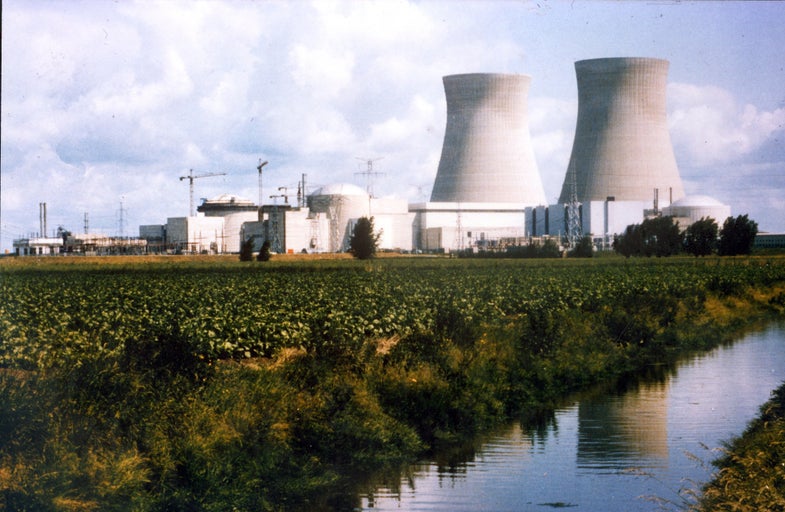 MIT Technology Review reports that the U.S. could be closer to implementing a new type of nuclear plant known as the small modular reactor. This month, the Tennessee Valley Authority is slated to apply for a permit to build a small modular reactor at Clinch River. Clinch River is the same site the TVA developed for $1 billion in the 1970s for the Clinch River Breeder Reactor. In 1983, the project was abandoned.

Since 2011, the TVA has been working with Babcock and Wilcox, one of four companies with light water reactors under development, according to the Nuclear Energy Institute. The SMR Babcock and Wilcox is developing is called mPower. It’s a 180-megawatt reactor that uses gravity, convection, and conduction to cool the reactor. The output is much less than a traditional reactor: SMRs can range from 50 megawatts to 300 megawatts. SMRs derive the modular part of their name from the fact that they can be manufactured in factories and then delivered to the site to be installed.

The idea is, these smaller reactors would be safer, more flexible, and significantly cheaper. But not everyone agrees. The Union of Concerned Scientists in a 2013 report noted that the safety features—such as underground storage—aren’t as straightforward as they may seem, and won’t necessarily generate cheaper power than larger reactors, despite their lower initial price tag. Sandra Kurtz, president of the Blue Ridge Environmental Defense League echoed these sentiments in the Times Free Press, saying the “small modular reactors are not the answer that the nuclear industry wishes that they were.”

The Department of Energy continues to work with a number of companies that are developing SMRs.