The Ozone Hole Is Now Larger Than North America

Welcome to the Twilight (O)zone 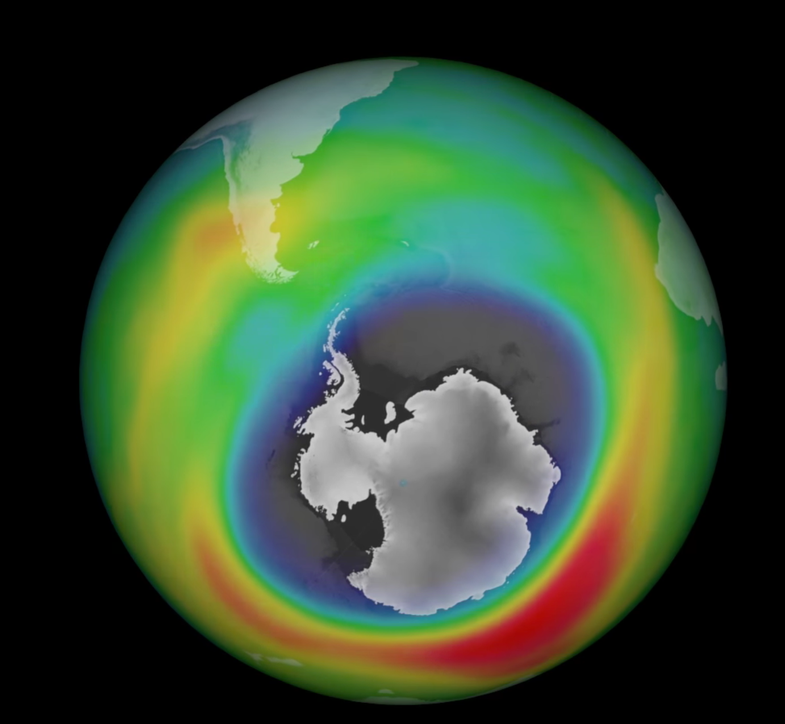 The ozone hole over Antarctica is now larger than North America, nearing record-size set in 2006.

Legislation and restrictions have reduced ozone-depleting chemicals like chlorofluorocarbons in the atmosphere, and the ozone layer is starting to slowly repair its holes. But those chemicals still concentrate around the poles during spring and summer (it’s currently summer in Antarctica), eating a seasonal hole in the ozone layer every year. As of October, the ozone hole over Antarctica was roughly 10 million square miles in size, slightly smaller than it was nine years ago when it was 10.42 million square miles across.

In this animation from DLR (Germany’s space agency) you can watch this year’s ozone hole being formed. Scientists think that unusual air currents carrying warm air towards the south pole are responsible for its current size.

On the ground, ozone is very harmful. It’s the main ingredient in smog, and is produced by burning fossil fuels in power plants or vehicle engines. In the atmosphere, however, it forms a protective barrier, reflecting harmful radiation from the sun.

The hole in September 2006 was the largest and deepest ozone hole ever recorded. It remains to be seen whether this year’s will top that record. Studies suggest that the ozone hole won’t completely disappear until 2040 or even later.