Book excerpt: And then you're dead 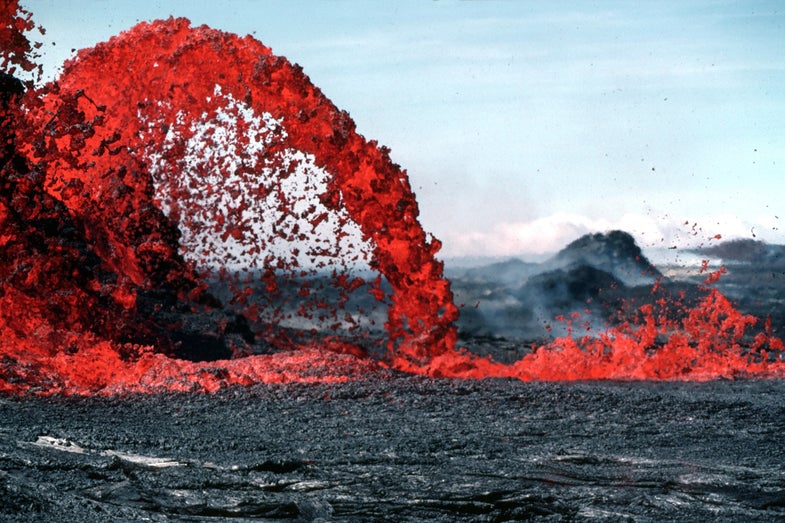 The following is an excerpt from “and then you’re dead” by Cody Cassidy and Paul Doherty.

The virgin sacrificed into a volcano is, in reality, almost entirely Hollywood fiction. The cultures accused of doing this didn’t have good volcanoes for sacrificing, and even if they did, hiking all the way up a volcano just to throw someone in is pretty impractical.

Still, let’s say they made an exception in your case. Let’s say you were pitched into a volcano. Your first question: Will you sink or float?

This may seem like a technicality, but it has some relevance to you. Not whether you would live, of course; unfortunately there’s no chance of that, but it would change your exact mode of death.

Lava is melted rock, so it’s two to three times denser than water, depending on its composition. It’s dense enough that if you stumbled upon a river of lava you could trudge across it if you ignored the heat issue—so, yes, you would float. At least initially.

But this actually presents a problem. Sinking is a good thing when jumping from tall places into a liquid.

If you were tossed from the rim of a decent-size volcano you would sink into the lava only a few inches. The heat would be the least of your concerns. It would be like jumping from a five-story building and expecting to survive because you aimed for a sand pit. The result? Not surviving.

So hopefully your volcano has a short drop. That would give you a few more moments. Of course, that would leave the matter of the heat.

Lava is between 1,300 and 2,200 degrees. It’s so hot you wouldn’t even cook or burn—you would flash boil, which means all your water would turn to steam. Since you’re mostly water, this is bad. Once your water converted to gas you would turn into a bubbly mess, and all that bubbling would churn and broil the lava into big lava fountains. These fountains can shoot up surprisingly high, five or six feet, and they would cover you in the stuff.

So eventually you would drop below the surface, but to be technical, it’s not because you were sinking.

It’s because you were being buried.