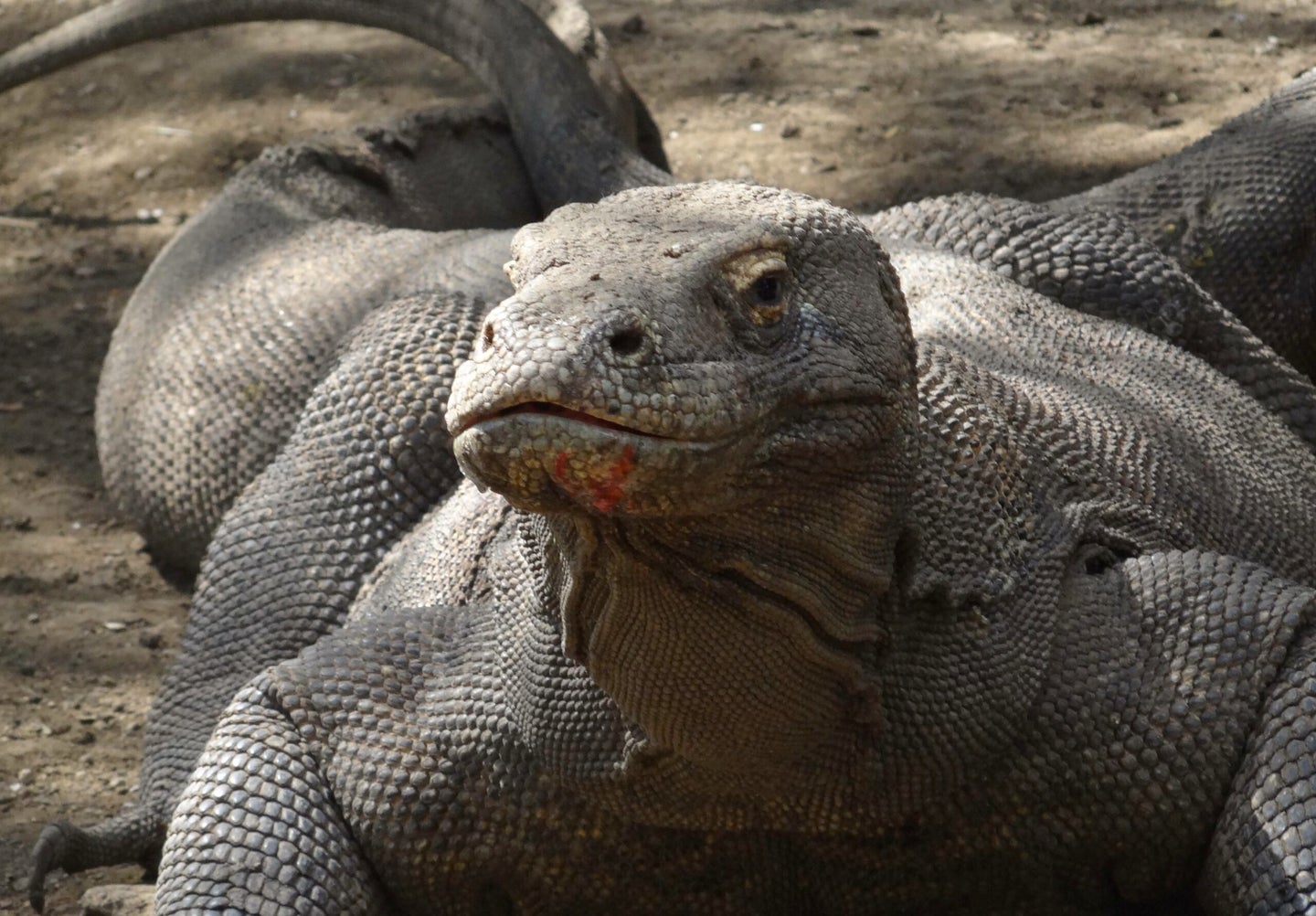 A bacteria-fighting compound, based on a molecule from Komodo dragon blood, helped wounds heal faster in mice. S. Rohrlach via Flickr
SHARE

In some myths, dragon’s blood is a toxic, vile substance. In others, it has magical properties, curing disease and making ordinary mortals invincible. When it comes to the blood of real-life Komodo dragons, both perspectives may contain a kernel of truth.

According to a paper published today in Biofilms and Microbiomes, a peptide that mimics a molecule found in dragon blood may slay bacteria, helping wounds heal faster.

Researchers tested the compound in mice with skin lesions, and found the dragon-derived treatment helped the wounds close up faster. If the treatment proves successful in human trials, it may one day provide a new weapon in the battle against antibiotic-resistant bacteria, which are starting to become deadly, as well as biofilms—tough clumps of bacteria that are often impervious to antibiotics.

Since 2009, Monique Van Hoek and Barney Bishop from George Mason University have been searching for new antimicrobial agents. Although their respective labs focus on bacteriology and biochemistry, they are also bioprospectors, searching for novel medicinal compounds in the blood of alligators and other ancient organisms.

This study started, as so many great adventures do, with a few tablespoons of Komodo dragon blood. The brave employees at the St. Augustine Alligator Farm and Zoological Park in Florida wrangled a dragon into a cage, so that a veterinarian could draw blood from near its tail—far away from its toxic mouth. (Van Hoek and Bishop emphasized that no Komodo dragons, which are endangered, were harmed during this experiment.)

Until recently, scientists thought Komodo dragons killed prey with the sheer power of their filthy mouths, giving their dinner a deadly bacterial infection by way of a bite. The notion was challenged in 2013, when researchers couldn’t identify any bacteria in a dragon’s mouth that would cause such a rapid and lethal infection. But, Bishop points out, that study was done in zoo animals, whereas wild dragons are probably exposed to more microbes. So the jury’s still out on whether Komodo dragons have the power to inflict insta-sepsis.

Van Hoek and Bishop reasoned that if Komodo dragons do harbor these noxious bacteria, they must also have some extra immune protection to avoid infection themselves. So they scanned the dragon’s blood and identified hundreds of compounds with potential microbe-fighting abilities. Of these, a peptide called VK25 stood out, says Van Hoek. Preliminary tests showed it was able to kill bacteria, clear away biofilms, and promote healing.

In producing a synthetic version of the peptide, named DRGN-1, the researchers tweaked VK25’s structure slightly to boost its effectiveness. Then they tested it against two bacteria that commonly infect skin wounds: Pseudomonas aeruginosa and Staphylococcus aureus.

They placed a biofilm of these two bacteria over 6-millimeter-wide skin wounds in mice, then measured how well the wounds healed when they were treated with DRGN-1 versus VK25, LL-37 (an anti-microbial peptide found in humans), or nothing at all.

Together, the results suggest that DRGN-1 kills bacteria, dismantles biofilms, and helps the body heal faster.

He and Van Hoek think the peptide may become a helpful addition to topical creams that treat skin injuries and infections. In particular, it might combat difficult-to-treat biofilms that cause diabetic foot ulcers and bedsores, which can be deadly.

But there’s a lot more work to do before that becomes a possibility.

It’s a long road from the laboratory to the pharmacy, and medicines that look promising in mouse studies often fail to work in humans. Unfortunately there’s no such thing as magic potions—even when they’re made from dragon’s blood.