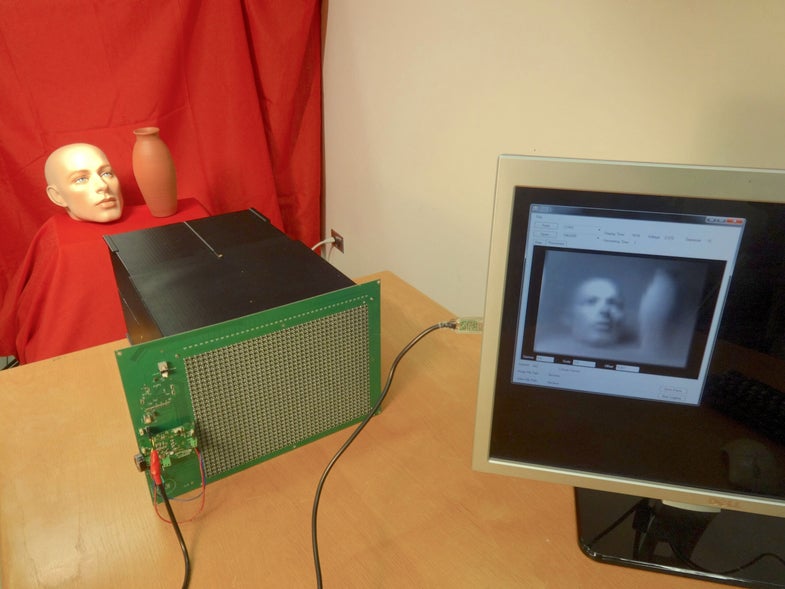 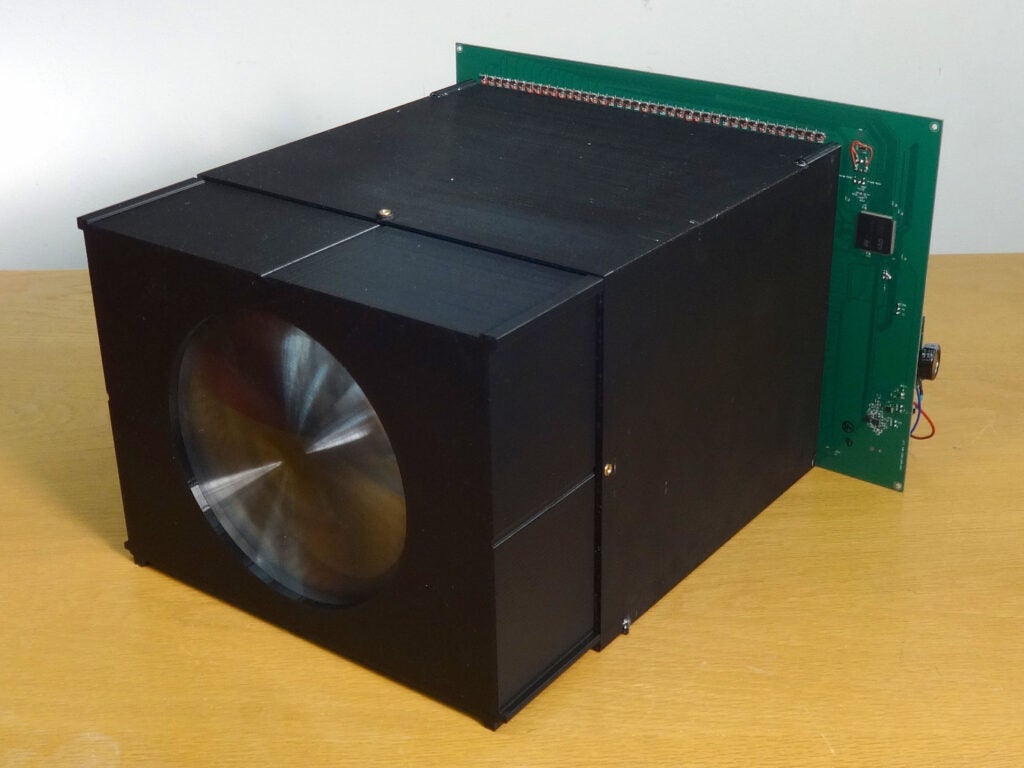 At first glance, the boxy “eternal camera” looks like an old daguerreotype device. But appearances are deceiving. This is something new—a camera that powers itself.

Nayar’s team began by building just one double-duty photodiode. Mounted on a robot that slowly moved it in a grid, it captured an entire picture one pixel at a time, which took about an hour. The current iteration of the camera incorporates 1,200 pixels and takes a photo every second, displaying the images on an external monitor.

The group next plans to reduce the camera’s size while increasing its speed and resolution. That way it could be used for specialty projects where size and access to power are concerns: to track wildlife as part of conservation projects, to use less power on space-exploration missions, or to provide round-the-clock security.

For Nayar, the camera’s appeal goes beyond its technical accomplishments. “There’s a romantic aspect to this,” he says. “To have anything that can produce information without consuming power, that can go on forever— it’s a powerful concept.” 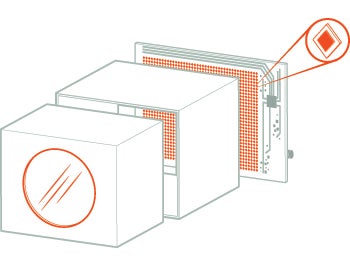 An exploded view of the eternal camera