Could Bacteria Placed In Oil Wells Convert Oil to Natural Gas While It’s Still in the Well?

Since untold quantities of oil started flowing into the Gulf, there’s been a lot of talk about bacteria that eat... 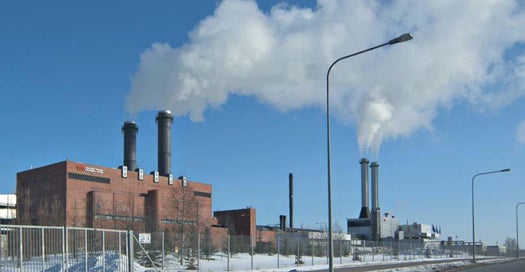 Since untold quantities of oil started flowing into the Gulf, there’s been a lot of talk about bacteria that eat oil. While those microbes might help remediate those millions of barrels of crude, one geoscientist thinks we might be able to use them to keep oil in the ground in the first place. By pumping such carbon-devouring, methane-producing bacteria into the oil wells or carbon sequestration sites, University of Calgary professor Steve Larter thinks we could biodegrade petroleum and waste CO2 into cleaner fuels like natural gas and hydrogen.

The bacteria, yeasts, and other microbes Larter is talking about occur naturally in nature, and at sites where oil seeps from the ground — naturally or not — these organisms feast on the carbons therein. As when burning oil, the byproduct of this decomposition is carbon dioxide, but these microbes turn that CO2 to methane (natural gas), as well as produce other useful gases like hydrogen.

At a conference today Larter presented the idea that we could perhaps pump these microbes into oil wells where they could convert crude into cleaner burning natural gas before it is ever extracted from the ground. He also suggested that we could do the same with sequestered CO2, pumping it into the ground with these microbes where it would be turned back into usable fuel.

Pretty interesting stuff, even if it is only on paper for the time being. If we could produce methane from greenhouse gases sequestered from our power plants and other polluting installations, we could at least tighten up the energy loop to the point where burning natural gas for electricity is somewhat closer to carbon neutral.