What slime mold and online shoppers have in common

Trying to make good choices in a cold, hard world 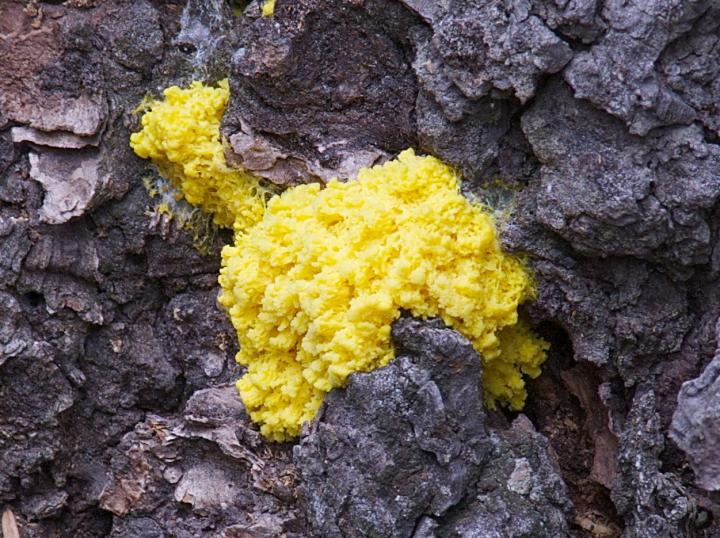 Slime mold, ants, and Amazon’s product recommendation system may be making decisions the exact same way, according to a new study.

To come to this conclusion, Bernd Meyer and his team studied the behavior of slime mold—which is not a plant, fungus, or animal, but a loosely organized network of individual cells—and stuck it in a maze. Both pathways led to oat flakes, which is apparently slime mold’s favorite snack, but one of the paths was dark and the other was filled with a bright blinking light, which mold hates. Rude.

The slime mold did the most sensible thing it could: have its cake and eat it, too. Or rather, have its oat flakes and recoil from the light. Paradoxically, the slime mold seemed to perform its tasks better with the interference. The rerouting caused by the offending beam seemed to refine their decision making ability.

In other words, he explains, slime mold has to “get it wrong to get it right.” Who’s ever felt so comforted by a research paper about slime?

More relevant, perhaps, to non-slime scientists, are the ways you might be able to extrapolate this research on a neon yellow blob to all of humankind. And to the algorithms we use to buy things.

The decision making process for slime mold isn’t as complex or, er, conscious as it is for humans, but the underlying math seems to be the same. Mold, along with every other living thing, is “self-organized,” which means it does have a means of evaluating its environment and attempting to protect itself and its interests. This principle of self-organization has—at least in the communities that talk seriously about the science of things like slime—been known for awhile. What Meyer’s research adds is an understanding of the impact on self-organization of “noise.”

In science, noise isn’t just sound—it’s anything that interferes with the norm. And, at least at the level right before it makes you totally insane, noise encourages organisms to adapt to their environment. In one of Meyer’s earlier studies, his team monitored the effect of “noise” on ants, which are much more complex and interconnected organisms than slime mold, as they tried to get to their food. (Ants, by the way, like mealworms and lab-made nutrient-rich tonics. Yum.) The “noise” bothered the ants and reshaped their behavior, but it also encouraged them to make advantageous decisions faster, an important skill when you’re constantly battling for resources.

“We need individuals to run against the trend to be able to adapt our collective decision flexibly,” Meyer says. “Whether this happens because of conscious rebellion, or because these individuals don’t have information on where the trend is going, or whether they simply get it wrong doesn’t matter. What counts is that they do go against the trend.”

But how does this relate to Amazon? It basically comes down to reinforcement mechanisms. If noise triggers an abrupt change, slime mold—or other organisms, humans included—may realize their previous behavior was a big mistake. But the organisms could easily find it’s also a huge success. If that’s the case, “popularity begets popularity,” Meyer says, and a deviation from what’s usually done can create a new normal.

Amazon’s recommendation system follows the same mechanics, according to Meyer. The algorithms that recommend products to consumers are random, based on statistical models of what Amazon thinks you may want. But by sending these recommendations to millions of people, the algorithms end up reinforcing themselves, as users follow along and actually buy the things recommended to them. Meyer goes so far to argue that “if you just looked at the formulas in our papers you would not be able to tell whether you are looking at the description of ant foraging… or a recommender system on an eCommerce site.”

The true relationship between slime mold’s decision making process and a human’s remains to be seen, but Meyer and other researchers are on it. Let’s send some good “noise” their way.

And perhaps Amazon could learn a thing or two along the way.