The EPA turns a blind eye while a powerful heat-trapping gas leaks from drilling sites and pipelines. 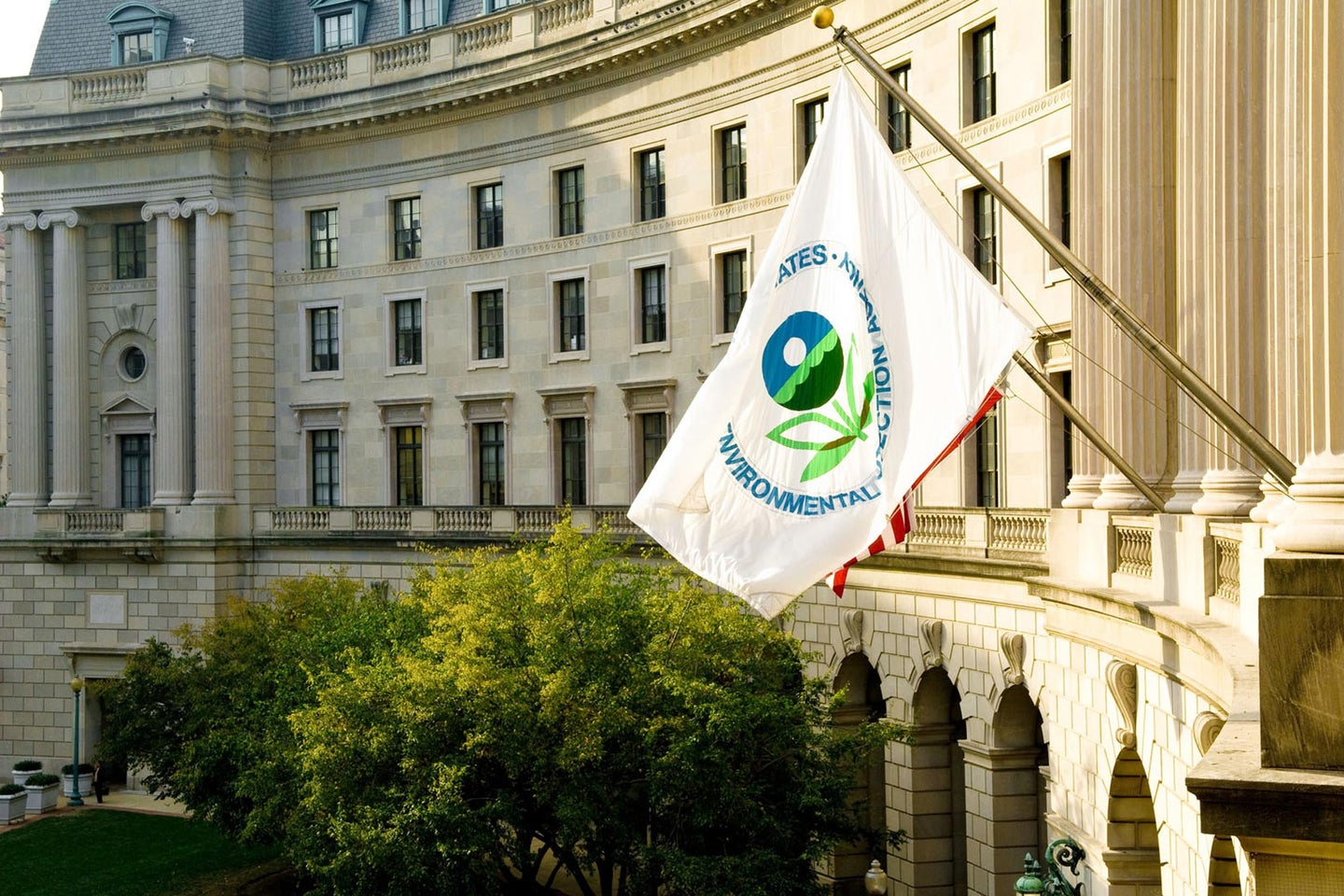 Jeremy Deaton writes for Nexus Media, a nonprofit climate change news service. You can follow him @deaton_jeremy. This story was published in partnership with Nexus Media.

This year, levels of methane, a powerful heat-trapping gas, hit an all-time high, driven in large part by pollution leaking from gas pipelines and drilling sites. Plugging these leaks is cheap, has enormous upsides for the climate, and is widely supported by major players in the industry, which is why it’s striking that the Environmental Protection Agency (EPA_ has decided to weaken an Obama-era regulation requiring oil and gas companies to deal with this problem.

The agency announced its revised policy Friday, which will allow firms to avoid finding and plugging methane leaks. EPA chief Andrew Wheeler said the rule change will help smaller oil and gas companies that have been battered by the recent economic downturn, but the rollback drew a harsh rebuke from critics, including some in the industry.

“Killing regulations for the largest source of industrial methane may be the starkest manifestation of the Trump administration’s anti-climate agenda yet,” says David J. Hayes, executive director of the State Energy & Environmental Impact Center at NYU School of Law. “But by refusing to lift a regulatory finger to address the climate crisis, the administration is making all of us losers, too.”

Unlike carbon dioxide, which persists in the atmosphere for centuries, methane only lasts around a decade—but in the near term it traps more than 80 times as much heat. Scientists say that methane is to blame for around 25 percent of recent warming, and now, levels in the atmosphere are rising.

“Here we are. It’s 2020, and it’s not only not dropping. It’s not level. In fact, it’s one of the fastest growth rates we’ve seen in the last 20 years,” says Drew Shindell, a climate scientist at Duke University.

Methane comes from several different sources. Microbes in wetlands and landfills belch the planet-roasting gas. Cows and sheep burp it up, too. But oil and gas are the biggest contributor in the US. In North America, fossil fuel production accounts for 80 percent of the recent growth in methane pollution.

Natural gas is mostly methane and is found underground alongside oil. That’s why the compound is prone to leaking from oil and gas drilling operations and from gas pipelines and storage sites, allowing it to amass in the atmosphere. The EPA has tended to downsize the scale of the problem: Studies consistently show that the agency is underestimating how much methane is leaking from these sites.

Drillers can curb methane pollution by burning natural gas that seeps out, which turns it into carbon dioxide. They can also install recovery equipment that will allow them to collect leaking natural gas and sell it. While such equipment tends to pay for itself, smaller companies generally prefer to invest their limited capital in new drilling sites, which yield a greater return on investment, Shindell says. The EPA rollback will largely benefit these firms, which have small profit margins, and thus, little incentive to invest in recovery equipment.

Larger companies, including ExxonMobil, Chevron, BP, and Shell, are actually taking steps to limit methane leaks, in part, to improve their public image. For this reason, some have expressed disappointment at the EPA’s new rules.

“The negative impacts of leaks and fugitive emissions have been widely acknowledged for years, so it’s frustrating and disappointing to see the administration go in a different direction,” says Gretchen Watkins, Shell’s US president.

Worsening methane pollution could imperil the aims of the Paris Climate Agreement. Because methane levels had essentially stayed flat from the late 1990s to the early 2000s, the architects of the agreement had assumed that concentrations would continue to stay flat and then drop off as countries curbed their fossil fuel use. Rising methane levels make the already Herculean task of limiting warming to less than 2 degrees Celsius even more challenging, spurring calls to curb pollution from oil and gas operations.

“You see the benefits in the first decade or two that you make cuts. You see fewer people dying from heat waves. You see less powerful storms and all of the stuff that comes from climate change,” Shindell says. “As long as we’re still using fossil fuels, we should at least not be leaking out lots and lots of methane.”