Gas explosions keep killing people, and the US government won’t step in

A decade ago, Congress set out to make pipelines safer. But regulators are still seeing dozens of accidents in homes each year, with little recourse for utility companies. 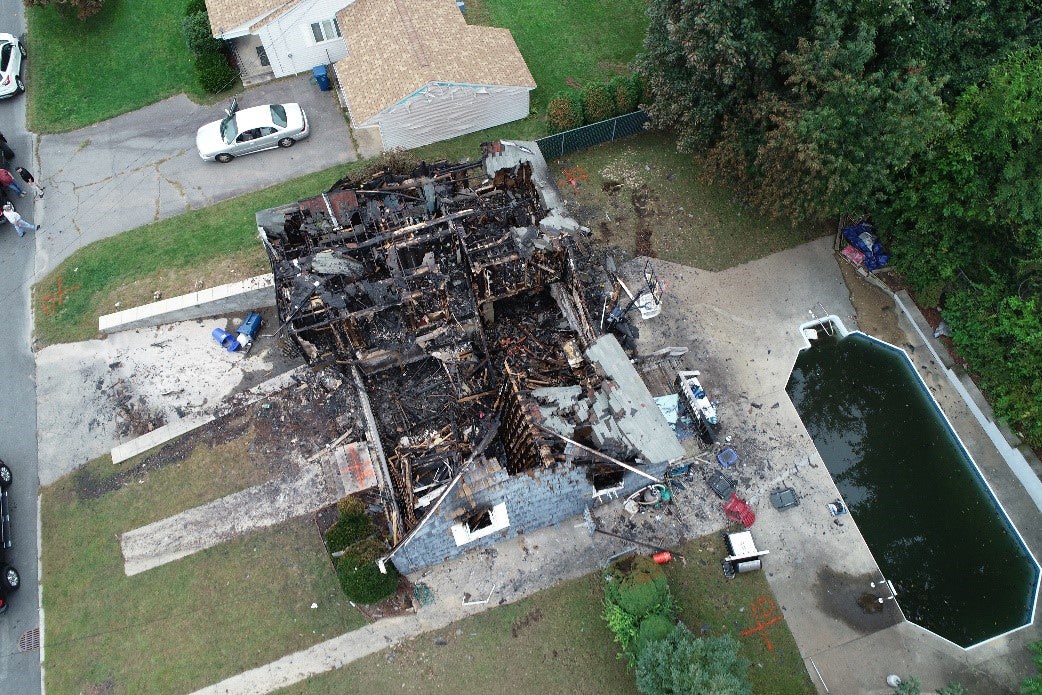 Pipelines exploded with the force of bombs, setting homes ablaze in Merrimack Valley, Massachusetts, on the evening of September 13, 2018. Columbia Gas, the local gas utility, had allowed too much pressure to build up in its aging cast-iron pipes until finally, they erupted in a series of blasts that injured more than 20 people and killed one, Leonol Rondon, an 18-year-old who had just passed his driving test. He had pulled up to a friend’s driveway to share the good news when an explosion under the house toppled the chimney, which crushed him in the driver’s seat.

“It looked like a war zone,” says Walter Mena, a Merrimack Valley resident. “I come from El Salvador, where we were at war in the 1980s. It reminded me of that.”

For weeks after, homeowners living near the blasts were relegated to hotels or camping trailers paid for by Columbia Gas. Others, including Mena, were able to stay in their homes, but without gas. Mena had to boil a pot of water on an electric stove every time he wanted to bathe. Even today, some locals are still recovering from the explosions, anxious at the smell of gas or the gurgle of a water heater.

The Merrimack Valley disaster is remarkable, not just for its scale, but its timing. It came near the end of a decade in which officials set out to make natural gas pipelines safer. But incidents like the one in Merrimack Valley have actually grown more numerous since 2010, according to data from pipeline regulators. While the number of accidents on transmission lines — those that carry gas from region to region — has declined, the number of accidents on distribution lines — those that carry gas to residential neighborhoods — has crept upwards. The trend was outlined in a recent report from the Pipeline Safety Trust, a pipeline watchdog group.

“We haven’t made big advances in making us safer from pipeline accidents,” says Bill Caram, executive director of the Pipeline Safety Trust, which was created by order of a federal judge after a 1999 pipeline explosion killed two 10-year-olds in Bellingham, Washington.

Over the last decade, firms have built new pipelines while continuing to make use of older ones. This added infrastructure creates more opportunities for accidents, and aging pipes are at greater risk of failure. At the same time, pipeline operators, regulators and lawmakers have failed to apply lessons from past mistakes, Caram says.

2010 was supposed to mark a turning point in the regulation of pipelines, as lawmakers sought to improve pipeline safety after several major disasters. That summer, ruptured oil pipelines emptied thousands of barrels of murky goo into Red Butte Creek in Utah, Yellowstone River in Montana and Kalamazoo River in Michigan. Then, in September, a gas pipeline in San Bruno, California exploded. The blast destroyed dozens of homes and left a crater the size of a tennis court. It also killed eight people, among them Jacqueline Greig, an advocate for utility customers, and her 13-year-old daughter, Janessa, who was student body president at St. Cecilia School.

The National Transportation Safety Board investigated these failures and made a series of recommendations, like pressure tests for older gas pipelines and automatic shutoff valves on pipelines running through populated areas. In 2011, Congress wrote a number of these recommendations into law. But, while the “Pipeline Safety, Regulatory Certainty, and Job Creation Act of 2011” required new rules on pipelines, it left in place legal hurdles that would make it nearly impossible for the Pipeline and Hazardous Materials Safety Administration (PHMSA) to enact those rules.

“The intention of all those recommendations and mandates was to make sure that an incident like San Bruno would never happen again. I don’t think that’s the case,” Caram says. “It’s not PHMSA’s fault. It’s their authority. They have not been able to implement these changes.”

The challenge, Caram adds, is that PHMSA is limited in its ability to regulate existing pipelines, which means that older pipelines, which carry a higher risk of failure, aren’t covered by new regulations.

PHMSA is also required to undertake a stringent cost-benefit analysis on every proposed rule. Should regulators determine that the cost of compliance exceeds the value of protecting nature or saving a human life, the rule is effectively dead — even if the public disagrees, say, with the value the agency places on human life, Caram says. While some rules eventually pass this test, the process is time-intensive and only one step in a very long road.

In 2011, Congress directed PHMSA to mandate automatic shutoff valves. In 2013, Jeffrey Wiese, then head of PHMSA, complained of how agonizingly long it took to craft new pipeline regulations, telling compliance officers, “Getting any change through regulation, which used to be a viable tool, is no longer viable.” It wasn’t until February 2020 that PHMSA finally proposed a new rule requiring automatic shutoff valves. Natural gas trade groups were quick to argue that the measure would prove too costly as written.

“PHMSA has been very slow to address those recommendations and these mandates,” Caram says. “Here we are 10 years later, and they have not even gotten to all of them, and the ones they have gotten to, the industry has fought tooth and nail.”

Congress is currently considering several bills that would reauthorize the pipeline safety program, including one bill championed by Sen. Ed Markey (D-MA) that is named for Leonol Rondon, the sole death in the Merrimack Valley disaster. But none of these bills deal with the grandfather clause, which limits regulations on existing pipelines, and only one would eliminate the cost-benefit requirement. That bill is unlikely to survive in its current form, Caram says.

Faced with the persistent dangers of natural gas and the federal government’s glacial pace in tackling those dangers, some Americans are taking matters into their own hands by going all-electric.

Last year, Jackson Wilkinson lost his father to a gas explosion at his home in Warrington, Pennsylvania. Wilkinson says his father, Mike, was tough, an Army veteran and onetime amateur boxer who had helmed a company that made airplane-refueling trucks. His father was also a skilled mechanic and rigidly disciplined about safety — the kind of dad who would never forget to turn off a propane BBQ. He was, by any measure, an unlikely victim of a gas accident.

Wilkinson says that his dad was mowing the lawn when his basement door exploded outward, killing the 73-year-old. The fire inspectors did not officially determine the exact cause of the explosion, but they sad it was most likely an issue with the gas infrastructure inside his home.

Shaken by his father’s death, Wilkinson has been retrofitting his house in Newton, Massachusetts, replacing his water heater and furnace with an electric heat pump powered by rooftop solar panels. He is aiming to replace his dryer and stove next. Wilkinson’s mother, who has been living in a temporary home since the accident, is now moving to a newly built townhouse where the heat, hot water, dryer, and stove will be all-electric. Wilkinson says that while his father might have been skeptical of electric appliances when he was alive, he would probably feel different today.

“I think my dad would say, ‘Why do you want pipes of this stuff running through your house? Look at what it did to me,’” he says. “He never wanted to make the same mistake twice.”