California is a green-energy icon‚ but the recent spill shows how much work still needs to be done. 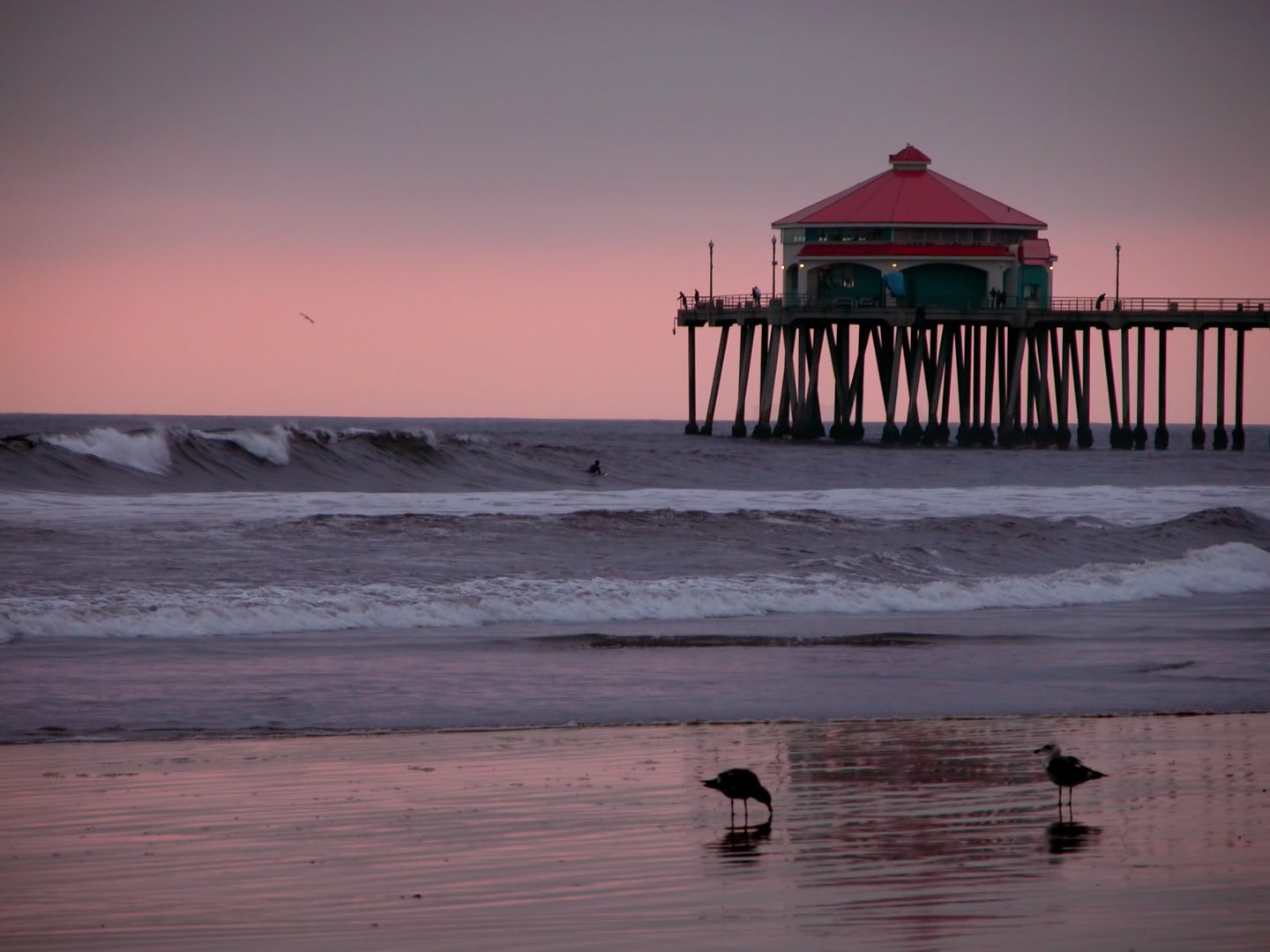 The surf haven may be out of commission for weeks or months due to the spill. Deposit Photos
SHARE

It’s no secret that oil spills are a pain and burden to clean up. As infrastructure continues to wear down and storms rage harder, spills may become even trickier to manage (just look at the 2,000 reports of pollution left behind in the Gulf Coast after Hurricane Ida). Generally speaking, there are an average of 1.8 “large” spills worldwide  each year, but thousands of smaller ones pop up as well.

The particular oil spill that’s been in the headlines this month is a 144,000-gallon oil leak off the shore of Southern California’s Huntington Beach. (That number is still very much in debate and some officials place that number under 30,000). While that’s still much smaller than Exxon Valdez, which let out 11 million gallons of oil back in 1989, and Deepwater Horizon, which released more than 134 million gallons just over a decade ago),even a modest spill can cause irreparable damage to wildlife in a region—like immediate death to fish and birds and long-term impacts of contaminated food supplies and ecosystems.

“It’s not in the range of Exxon or that kind of thing, but that doesn’t mean it won’t have localized impacts,” says Nancy Kinner, a professor of civil, environmental, and ocean engineering at the University of New Hampshire.

A known timeline of the spill

The San Pedro Bay Pipeline is owned by Houston-based Amplify Energy, and has been in operation since 1980. Ironically enough, it was up for inspection by the end of the month, according to California Governor Gavin Newsom.

The EPA’s National Response Center was first alerted to the spill on October 1 after it received a report of a mysterious sheen atop the water. That same evening, however, some locals noticed the stench of gas in the air.

The next day around 2 a.m., Beta Offshore, a subsidiary of Amplify, finally noticed a low-pressure alarm and shut off the pipeline at around 6 a.m. Three hours later, Beta Offshore finally notified state and federal authorities.

“If that’s true, then that’s pretty terrible for what’s going on, because that means there could have been less oil that would be leaking if they had turned it off sooner,” Orange County Supervisor Katrina Foley told the local CBS station. Meanwhile, 1.5 million people were out on the beach watching the Pacific Airshow, which started at 10 a.m. the same day. Coast Guard officials believed the oil spill would reach the coast Monday, but by early Sunday afternoon, oil was already surrounding anchored boats. The beach was shut down and swimmers were required to get out of the water by Huntington Beach itself at 5 p.m. By 7 p.m. the oil was lapping up the shoreline.

On Sunday, the city released a statement discussing clean-up efforts, which included 2,050 feet of protective booms in seven locations set up by local response efforts. Clean-up efforts were also headed by the Coast Guard and Amplify Energy.

Further exploration by divers discovered the root of the problem: a 13-inch split in the pipeline and a 4,000-foot section that had shifted out of place by more than 100 feet, possibly after being hooked by an anchor. On Tuesday, Governor Newsom declared a state of emergency for Huntington Beach. As of Friday, tar balls possibly linked to the spill have been found as south as San Diego county.

Waves upon waves of lawsuits

So who is responsible for the spill and the continued cleanup? Authorities were notified about the leaked oil 12 hours before Amplify reported anything, meaning that it could’ve theoretically been contained hours before it actually was. And as stress from incoming weather approached early this week, the timeline for the cleanup was even more crunched. Huntington Beach itself has not filed a lawsuit yet, but there’s still no estimate for when the beach will reopen, and could possibly take weeks or months to recover.

Within days, lawsuits started springing up against Amplify Energy, starting with Peter Moses Gutierrez Jr., a local DJ who said he could lose business due to the company’s sow reaction to the spill.

Property owners have also filed lawsuits against the energy company, stating “it appears that defendants did not promptly act to respond to signs of the pipeline’s failure or notify relevant government agencies,” according to the local Fox station. The Banzai Surf School in Huntington Beach filed another suit Thursday.

Bigger implications for oil in California

While many think of California as a safe haven for renewable energy—it’s installed the most solar energy capacity out of any other state and has been leading the charge on EV policy—it’s still far from environmentally perfect. Though it hasn’t issued a new offshore-oil-drilling lease in five decades, it hasn’t shut down any of its underwater pipelines either. There are still 19 oil and gas agreements in California’s coastal waters and 1,200 active wells; in 2020, the state produced 394,000 barrels of oil daily, according to the U.S. Energy Information Administration.

[Related: To prevent catastrophic global warming, we need to leave fossils fuels in the ground]

Recent surveys, however, show that Californians don’t support these pumping operations. A survey from July found that nearly three-quarters of Californians oppose developing new offshore drilling. Not to mention, back in 2018 the state committed to 100 percent renewable and zero-carbon energy by 2045, which would call for an end to offshore oil pipelines.

The dangerous and potentially criminal oil spill could be the last straw for many—including powerful Californians like the governor himself. “We need to grow up, grow out of this dependency and this mindset that we can’t do more and do better,” Newsom said about fossil fuels during a press conference in Huntington Beach this week. Volunteers are still being recruited to clean up the beach and affected areas. Still, there will be more research and investigation before anyone knows the full scope of the damage the spill will have on the people and wildlife in the area.

“Where we are at right now is the early days,” Kinner says.