Feed additives could reduce emissions from cow burps, but the research used by the fast food chain has limitations. 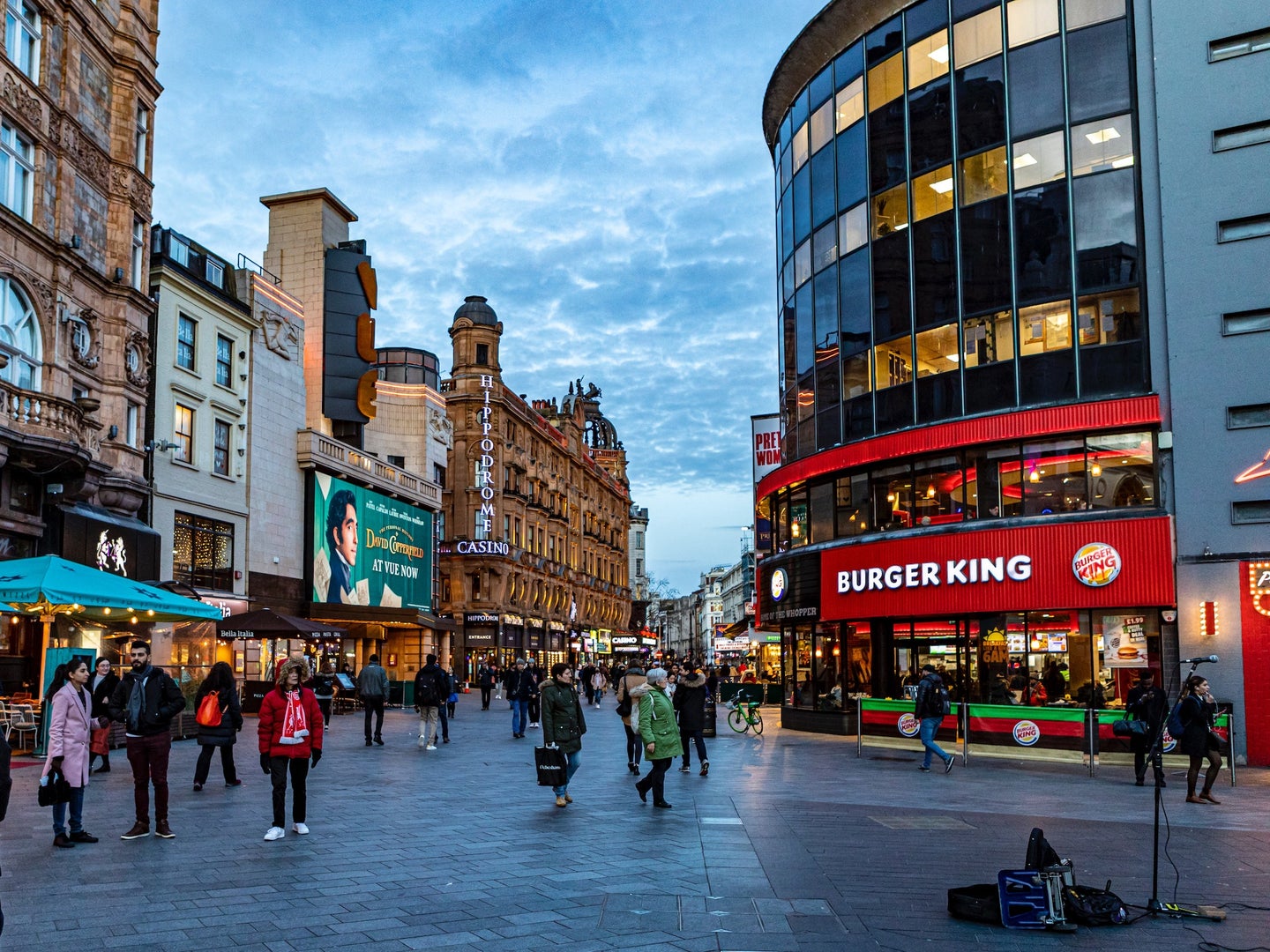 Only select Burger Kings will carry the Whoppers, at least for now, so this London location is out of luck. Hulki Okan Tabak/Unsplash
SHARE

We might brew a cup of herbal tea when we have an upset stomach. Now, it seems that beef cattle could also benefit from herbs—lemongrass, in particular—in their feed, cutting back on burps rich in methane, a potent climate-warming gas (and yes, it is mostly from burps, not farts).

That’s at least according to unpublished research funded by Burger King. On Tuesday, the fast food chain announced the launch of a “methane-reduced” patty, complete with a country music-powered video of children extolling the virtues of reducing methane. Mason Ramsey (the yodeling Walmart kid), emerges from the rear of a cow, singing “When cows fart and burp and splatter/well it ain’t no laughing matter.” (Again, it’s mostly burps! Not farts!).

The company’s claim is that, by adding lemongrass to cow feed, they’ve been able to reduce up to 33 percent of methane emissions. Burger King is offering its signature “Whopper” sandwich with reduced methane at select locations in Miami, New York City, Los Angeles, Austin, and Portland. On the surface, it seems like big news. But there are definitely some cow-veats to the messaging.

Let’s back up to how a dose of herbs could even do this. To start, recall that cows have four stomachs—key to a powerful digestive system that can break down the tough fibers in grass and extract energy from them. Our pitiful single stomachs can’t do that. Cattle, and other so-called “ruminant” animals can take calories that are totally unavailable to other organisms and munch them right up.

One of these stomachs is called the rumen (hence, ruminant). Inside this organ, trillions of microbes form a complex ecosystem, aiding in the breakdown of vegetation. A key process in this digestion, facilitated by the bugs, is fermentation. Some of the byproducts of fermentation are then snacked on by methanogens, a group of bacteria that produce—you guessed it—methane.

Researchers have found that it’s possible to inhibit this methane-forming process using certain plant-based compounds, including essential oils and tannins. “What we’re trying to do is shift microbial populations in a way that’s more favorable,” says Sara Place, the chief sustainability officer for Elanco, an animal health company. In doing so, more of the energy that would be otherwise converted to methane can instead go towards the cow. “Methane is a loss of the animals’ feed energy,” notes Place. So, in finding tummy soothers for cattle, we could achieve a double goal: cattle that fatten up faster, plus less methane emissions.

This fermentation process is a big part of cattle’s lifetime contribution to greenhouse gases. The FAO estimates it’s 39 percent, and Place says other assessments put the number even higher, between 45 to 55 percent.

Back to Burger King. Through parent company Restaurant Brands International, the fast food chain initiated research into reducing cattle emissions. The 33 percent stat BK cites in its commercial comes from a study led by researchers at the Autonomous University of the State of Mexico. Octavio Alonso Castelán Ortega and colleagues fed cattle three different feed additives (in addition to a control group that got standard feed), and measured the methane they exhaled. With 100 grams of lemongrass added to their feed everyday, the team saw reductions of up to 33 percent. Again, it’s unpublished research, but you can read a summary of the project here.

But there’s one major issue to note here. While Burger King is pushing that the beef has 33 percent fewer methane emissions in their advertising, that number is inherently misleading. If you look at the fine print (which, to be fair, is readily available online), that reduction only applies to the last three to four months of cows’ lives, which is when they are on feedlots, fattening up on a high-calorie feed prior to their slaughter. But crucially, more than 75 percent of their lifetime methane emissions occur prior to the feedlot stage. The average beef cow is between 18 and 24 months old at slaughter, so they’ve had many months to produce burps.

Taking that into account, the lemongrass diet only reduces their lifetime methane emissions by about three percent, Dan Rejto, director of food and agriculture at the environmental think tank the Breakthrough Institute, points out. If you include processing and transportation of beef, that number is even lower.

Even that three-percent-or-less estimate is iffy, though. After the research in Mexico, Restaurant Brands International tapped Ermias Kebreab, an animal science professor at the University of California, Davis, to perform another test of the lemongrass supplement. Kebreab did not find a 33 percent reduction in emissions, though, and says that his study was “not conclusive” about the benefit (his team is still analyzing their data). However, the UC Davis researchers used a different type of lemongrass, sourced from California, which they found has a different chemical composition. It could be that the lemongrass used in the study in Mexico has a higher amount of tannins, says Kebreab, who intends to conduct another study using the same type of lemongrass.

Given the huge amount of methane associated with cows’ fermentation, finding feed additives that demonstrably reduce methane is important. Identifying the relationship between compounds like tannins and their resulting reduction in methane is key. “What would be nice [to know] is if you have X amount of the active ingredient in your lemongrass, then this is the methane that you would expect,” says Kebreab. Then, if we implemented a price on carbon pollution, feedlot operators would save money by using feed additives to avoid paying for all those burps. Farmers in the future could have several options too, and be able to choose whether lemongrass, seaweed, or another product is the most affordable for them.

That being said, it’s not just burps and farts that make beef so greenhouse gas-heavy. Methane also wafts into the atmosphere from manure, feed production, and the processing and transportation stages of beef production. Rejto says it’s important to consider some of these other sources from emissions, and that emissions from growing feed need more attention. Soil bacteria produce nitrous oxides, a greenhouse gas almost 300 times as powerful as carbon dioxide, when farmers apply fertilizer to crops like corn and soy. Combating these emissions would have a powerful benefit to our whole food system, not just beef. Place adds that numerous variables affect how much methane a cow adds to the air, including how the animals are grazed and managed. Some grazing strategies, although not widely implemented, have the potential to re-capture greenhouse gas burps.

To their credit, Burger King has made their formula public and free to use, and investigating feed additives really is an important area of research. If researchers are able to replicate their findings, we might just be able to have our beef and eat it too.