Solar power got cheap. So why aren’t we using it more?

It turns out there’s a lot of inertia built into the energy system. 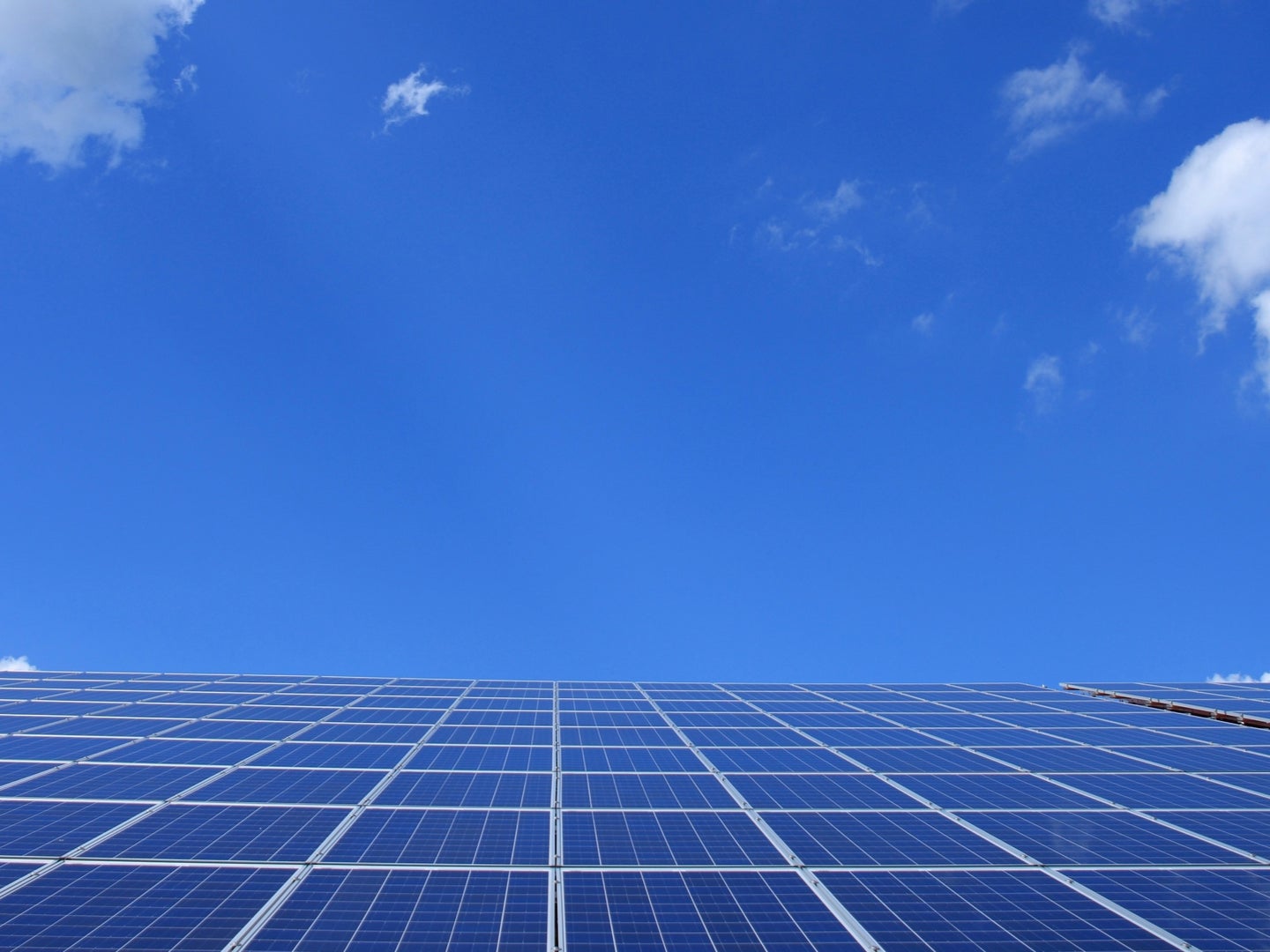 Many of us might assume that the reason so much energy still comes from gas and coal power plants is simple economics: those fuels are cheaper. But though it was once true, that assumption has actually been obliterated by a recent decline in solar and wind costs over the past decade.

When it comes to the cost of energy from new power plants, onshore wind and solar are now the cheapest sources—costing less than gas, geothermal, coal, or nuclear.

Solar, in particular, has cheapened at a blistering pace. Just 10 years ago, it was the most expensive option for building a new energy development. Since then, that cost has dropped by 90 percent, according to data from the Levelized Cost of Energy Report and as highlighted recently by Our World in Data. Utility-scale solar arrays are now the least costly option to build and operate. Wind power has also shown a dramatic decline—the lifetime costs of new wind farms dropped by 71 percent in the last decade.

Natural gas prices decreased over that time, too, though by a lesser amount—32 percent—but that’s due to the recent fracking boom and not a longer term trend like that seen in renewables, the article states. The cost of building coal plants stayed relatively stable over the decade.

The story behind low costs

Solar became cheap due to forces called learning curves and virtuous cycles, the article describes. Harnessing the power of the sun used to be so expensive that it was only used for satellites. In 1956, for instance, the cost of one watt of solar capacity was $1,825. (Now, utility-scale solar can cost as little as $0.70 per watt.)

The initial demand for satellites fueled a so-called “virtuous cycle.” The more panels were produced for satellites, the more their price declined, and the more they were adopted for other niche purposes. As the cost further declined due to technology improvements and the rise of economies of scale, solar was able to eventually debut as a viable general-purpose energy source. Since 1976, each doubling of solar capacity has led to a 20.2 percent average decline in the price of panels.

Fossil fuels, in comparison, can’t keep up with this pace. That’s because fossil power plants have to buy mined fuels to operate. In coal plants, supplying the coal accounts for about 40 percent of total expenses. Sunshine and wind are free, which allows the costs of tapping into their power to decline sharply as technology improves and the industry grows.

Mark Paul, an environmental economist at the New College of Florida, adds that this cycle didn’t happen in a business-only vacuum. “The US government invested serious sums of money into developing modern [photovoltaic] technology during early stages of what we think of as the price curve,” he says. “It drastically improved the efficiency of solar modules, both in our ability to produce them and how much energy solar is able to produce.”

The globe’s energy mix has responded to the bargain prices on renewables. In 2019, 72 percent of new energy capacity came from renewable sources and global renewable power capacity has more than tripled in the last 20 years.

In the United States, renewable power has been ramping up, too. In 2007, wind made up less than one percent of energy capacity, and even less for solar, while coal contributed half. While 2020 estimates are still preliminary, it’s likely that the total output from renewables (including solar and wind as well as other sources like hydropower and biomass) surpassed coal, which only contributed about a fifth of power generated. “2020 … will have been the best year ever for new wind installations in the US and the best year ever for new solar installations,” says John Rogers, an energy analyst at the Union of Concerned Scientists.

But these changes are still not enough to reduce greenhouse gas at the rate needed to curb the worst impacts of climate change.

While coal plants have been shuttering across the country, the fracking boom has brought in a glut of cheap fossil gas. While this abundant and affordable fuel emits up to 60 percent less carbon dioxide when burned compared to coal, it still contributes to climate change, including from the notorious methane leakages from its facilities. . Oil also still accounts for a large share of polluting emissions due to its use in powering cars and trucks. In fact, transportation accounts for more emissions than any other sector in the country.

Delays to a green transition

Despite a massive drop in costs, renewables haven’t replaced fossil fuels at the rate you might expect. That’s because the investments, policies, and very infrastructure of the energy industry as a whole are very much skewed in favor of fossil fuels.

While it is cheaper to build renewables when considering a new plant, that metric doesn’t necessarily apply to running a fossil fuel plant that already exists, explains Ashley Langer, an energy economist at the University of Arizona. Sometimes, she adds, the regulatory structure of utilities actually makes it more profitable to keep a coal or natural gas plant running.

Langer says this is especially true for the state-regulated monopolies that supply power in about half of US states. These investor-owned utilities are guaranteed a certain rate of return on their investments in power facilities, which basically guarantees continued earnings in exchange for running those plants. Even if the actual market costs of their energy sources would make operations costly, these monopolies are set up so that that’s not really a concern.

“The thing that’s really preventing us from rapidly transitioning is what we call the lock-in effect,” says Paul. “We have existing fossil plants where we’ve already paid to build them and the cost of producing one more unit of electricity is cheaper from using existing infrastructure than building new infrastructure in most cases. So given that we’ve already paid the upfront cost of this fossil fuel infrastructure, the economics don’t quite line up yet where we’re going to facilitate a rapid phase out of fossil fuel plants prior to the end of their life cycle.”

That may change soon, though. The cost of building new renewables is becoming increasingly competitive with the cost of adding additional capacity to existing fossil fuel facilities. In the 2020 Lazard analysis, the lifetime costs (when including subsidies) of power are $31 per megawatt-hour for utility solar and $26 per megawatt-hour for wind. The cost of increasing capacity was $41 for coal and $28 for natural gas.

In addition to being already heavily invested in fossil fuels, there is a lot of inertia in the system due to long-term contracts between utilities, energy producers, and mining companies. And since the country’s total energy use is not increasing that much every year, there isn’t much incentive to build new renewables.

Market forces and monopolies aside, there are few other, more tangible barriers to a widespread renewable roll out.

Sun and wind aren’t consistent throughout the day or the year, and sometimes the best places for power don’t actually have many people living there. The windiest parts of the country—often in the interior regions like the Great Plains—have fewer people to use that power than crowded coastal cities. The aging American electrical grid doesn’t currently have the ability to distribute power from renewables over long distances, says Matt Oliver, energy economist at the Georgia Institute of Technology.

These challenges of intermittency and geography are not insurmountable—batteries and water can store energy, and better transmission systems can be built. But the solutions will require massive investments to develop and build the needed infrastructure.

Making the leap to clean power

In the midst of pandemic-induced high unemployment and low interest rates, renewables and their now-cheap prices could finally have their moment.

“It is rare to have a policy option that leads to more jobs, cheaper prices for consumers, and a greener, safer planet,” writes Max Roser in the Our World in Data article. If affluent countries invest in renewables now, he adds, those technologies will grow even more affordable and therefore more likely to be adopted worldwide to meet increasing energy demands.

In the US, the federal government can play a huge role in these investments. It can borrow at low interest rates and use that advantage to help energy transition projects at state and local levels. Paul explains that this could take the form of a national climate bank, backed by the federal government, that issues bonds for local decarbonization efforts. Senators Edward Markey of Massachusetts and Chris Van Hollen of Maryland just introduced a bill proposing to launch such a bank.

The federal government can also make direct investments in clean energy. Langer says one major way political leaders can ensure an energy transition is by providing consistent subsidies to solar and wind. The wind industry in particular has struggled due to inconsistent government funding. “Wind subsidies in the United States have been highly uncertain,” says Langer. Congress will pass subsidies leading to a boom in wind industry growth, but then later allow those subsidies to expire—leading to bankruptcies.

Helping renewables flourish might be the easy part, though. President Biden has stated a goal of bringing the United States to 100 percent clean energy by 2035. Meeting this goal would require sending lots of fossil fuel plants into early retirement.

That’s one thing for coal, which is already on its way out, but Langer points out that the proliferation of new natural gas since 2005 is going to be a challenge for those big climate goals. Those new plants could easily run for decades, as long as there’s nothing stopping energy producers and utilities from making a profit. To make matters more challenging, forced closures could affect people’s energy bills. “If you retire the natural gas plants sooner, rates will rise,” says Langer. “It’s either going to come out of your taxes or it’s going to come into your electricity bills.”

Of course, just letting the plants keep running and the planet keep warming will in the long run be far more costly to humanity than shutting fossil fuels down. But those shutdown costs are still a reality in the near future. All four economists PopSci talked to for this article said that instituting a fee on carbon would help make sure that polluters are paying their fair share of that price. This could take the form of a cap and trade market or a tax on every ton of emissions produced. Right now, there’s no tax on carbon pollution, which means all the costs of increased atmospheric carbon are instead shouldered by ecosystems and individuals, who pay in ways like rising air conditioning and health care costs. (It’s like socialism, but only for the powerful and polluting, you could say).

While enacting a price per ton of carbon would affect energy bills and prices at the pump, some governments have developed progressive solutions to this. In British Columbia, for instance, proceeds from the country’s carbon fee are paid out to the public as tax dividends.

With oil prices low, some argue that this is a prime time to buy out the fossil fuel industry entirely. A one-time buyout would allow the federal government to shut down fossil fuel plants rapidly and put a stop to their political influence. “We need to dismantle the existing fossil fuel economy,” says Paul. “And if we don’t … the market force behind building that green economy is going to be slow.”