In the US, private residents end up footing the bill to prevent further eyesores and pollution. 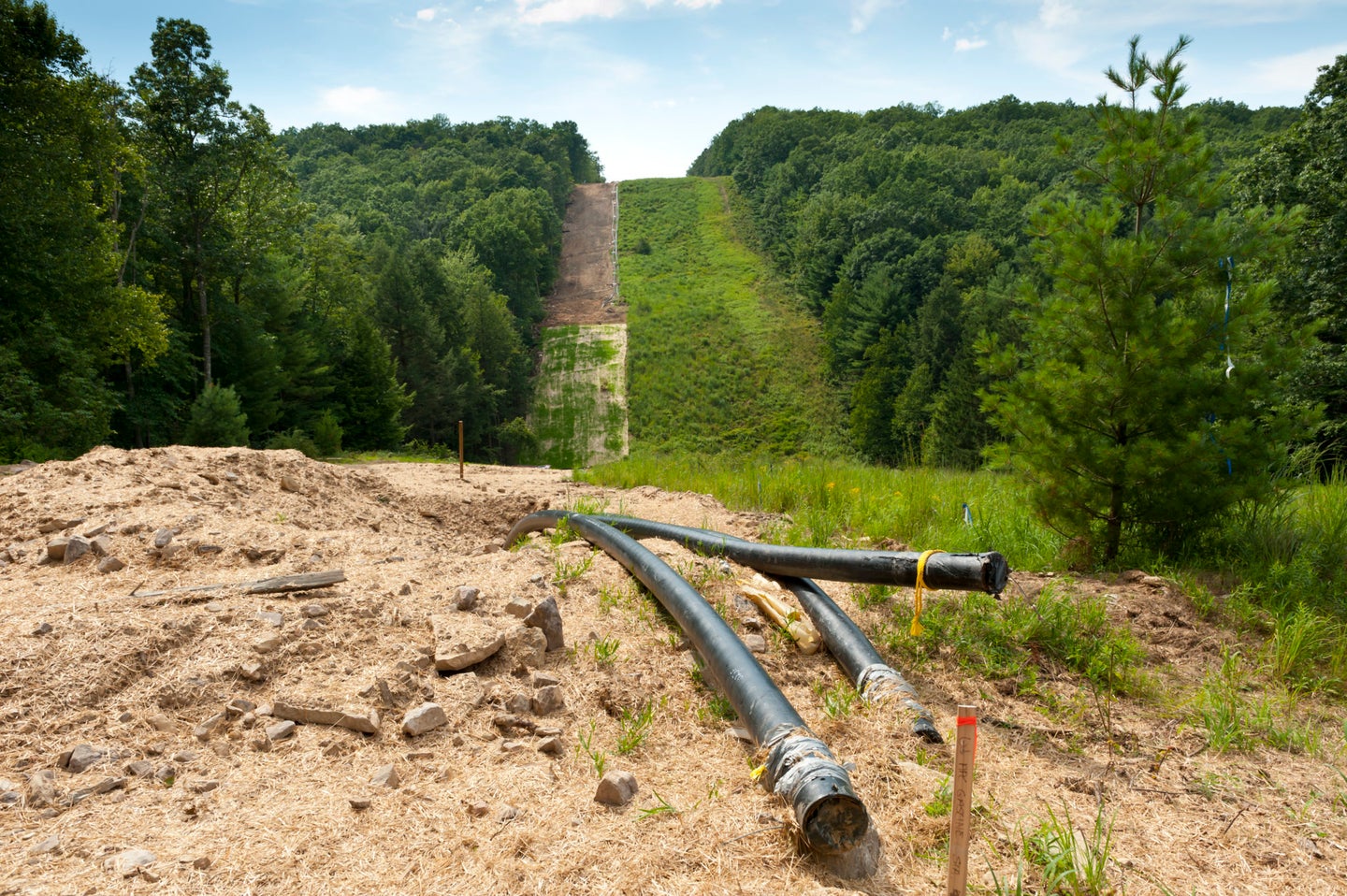 Some years ago, David Howell got a call from a landowner in Central Texas who had 300 feet of an old oil pipeline buried under his property. It was clearly no longer in use. The area around the pipeline was overgrown and the signage had faded or fallen away. The landowner wanted to build there now, and was wondering if Howell could come remove it.

“I get a call a week from some landowner who says, ‘I got an abandoned pipeline, can you come take it out?’” Howell said. “Basically [pipeline workers] are putting a pipeline on some schmuck’s property and leaving it there, and that’s happening all over the United States. Hundreds of thousands of miles of pipeline have been just abandoned on peoples’ property.”

It’s a familiar story for Howell, who has been salvaging and recycling abandoned pipelines for more than 20 years, and it’s one that could become increasingly common as renewables outcompete oil and—in particular—natural gas pipelines age out of service.

There are some 3 million miles of natural gas pipelines buried in the US, shuttling the fuel between drilling sites, storage facilities, power plants, and homes. More than half of all gas transmission lines in the country were installed before 1970, according to data from the Pipeline and Hazardous Material Safety Administration. Those pipelines have an average lifespan of 50 years.

And it’s not just old pipelines that are set to go out of service. Younger pipelines are also at risk of falling into disuse as the power sector comes to rely less on natural gas in favor of wind, solar and batteries. Not so long ago, natural gas was heralded as a bridge from fossil fuels to renewables. No clearer sign exists that that bridge has been crossed than the cancellation of several high profile natural gas pipeline projects in the last year, including the Atlantic Coast Pipeline and the Constitution Pipeline. What does that mean for the millions of miles of gas pipelines that are already in the ground?

The most comprehensive data on abandoned pipelines comes from Canada. In the 1980s, the Canadian government began an extensive study of abandoned pipelines, which identified a slew of serious risks to leaving them in place. Sinkholes could form as pipelines corroded and collapsed. Leftover fossil fuels, or the cleaning agents used to clear out lines, could leak out into the surrounding soil or water. Aging lines under lakes or rivers could carry water where it’s not wanted.

“A 36-inch abandoned pipeline could drain an entire lake in relatively short order and send it someplace else, and the downhill folks probably wouldn’t appreciate having a lake dumped into their backyard,” says Paul Blackburn, a staff attorney for the nonprofit Honor the Earth, who has also represented rural landowners in the fight against the Keystone XL pipeline.

Empty pipelines could also become slightly buoyant, relative to soil, and rise to the surface, where landscaping and signage marking a pipeline’s path is rarely maintained after it has been retired.

“Let’s say a pipeline goes into the ground 60 years ago, and the land was passed down through generations, and by the time it gets to somebody’s great grandkid the story of the pipeline getting put in the ground is lost,” says Jane Kleeb, the founder of Bold Nebraska, a citizen’s group that fought against the Keystone XL pipeline. “Then the soil starts to erode, as it does everywhere, and then you ruin a tractor because you hit a big piece of pipeline.”

In Howell’s experience, this is how many old lines are discovered. Workers operating a tractor or an excavator while installing a drainage tile, a house foundation, or a new pipeline, perhaps, come upon an abandoned line. Sometimes, abandoned lines contain hidden surprises.

“You don’t always know what’s in them and what’s not,” Howell says. “The previous owner might have said it’s empty, and then we tap into it and find out that there’s still gas pressure, or liquified gas spews out. So we learned how to be very careful.”

In 2017, gas leaking from an abandoned gas pipeline ignited, causing an explosion in a Colorado home that left two dead and one seriously injured. Investigators later discovered the line was still connected to a nearby gas well.

Faced with such risks, the Canadian government set up a system that requires pipeline companies to estimate the cost of removing pipelines that are no longer in use, or cleaning up sites where pipelines have been left in place, and set aside money to do it. In the US, companies need to show that abandoning a pipeline won’t leave an area without the fuel it needs, but they don’t have to prepare for its retirement or removal.

The Federal Energy Regulatory Commission (FERC) can order a pipeline company to remove a line that’s not in use, says Carolyn Elefant, an energy and eminent domain attorney, but it doesn’t always do so.

“But just because they have the authority, doesn’t mean they have to exercise it,” she says.

According to FERC, decisions about pipeline removal are “made on a case-by-case basis.”

There are few federal or state rules governing pipeline abandonment. Companies do not even have to notify landowners when a pipeline beneath their land is abandoned. In an informational pamphlet for landowners on FERC’s website, the commission states only that landowners will “probably” be notified by pipeline companies if a line is abandoned.

Pipeline companies have ample incentive to leave pipelines in the ground. Removal is expensive and requires heavy equipment, permits and environmental reviews. And pipelines laid before 1980 often have the added feature of an asbestos coating that must be dealt with.

“It costs almost as much to get a pipeline out of the ground as it costs to put it in the ground,” Blackburn says.

Kleeb believes that, like Canadian regulators, US regulators should require pipeline companies to have plans to decommission pipelines and have bonds in place to pay for their removal, so that if companies go bankrupt, landowners aren’t stuck with the costs of removal. The Interstate Natural Gas Association of America, a pipeline company trade group, declined to comment on this proposal.

For now, many landowners are facing the risks of abandoned pipelines on their own.

When TransCanada, now TC Energy, first approached Julia Trigg Crawford about building part of the Keystone pipeline under her land in East Texas, she was thinking about her creek. The proposed route ran underneath the waterway, which she uses to irrigate her 500 acres of corn and soybeans. The pipeline would pose a threat to her farm both while in use and at the end of its life.

She was reluctant to sell, though, ultimately, she didn’t have a say in the matter. The company took her land using eminent domain, and the condemnation paperwork she received was silent on abandonment.