It won’t be easy, but the slight Democratic lean will help more green legislation and budgets get through. 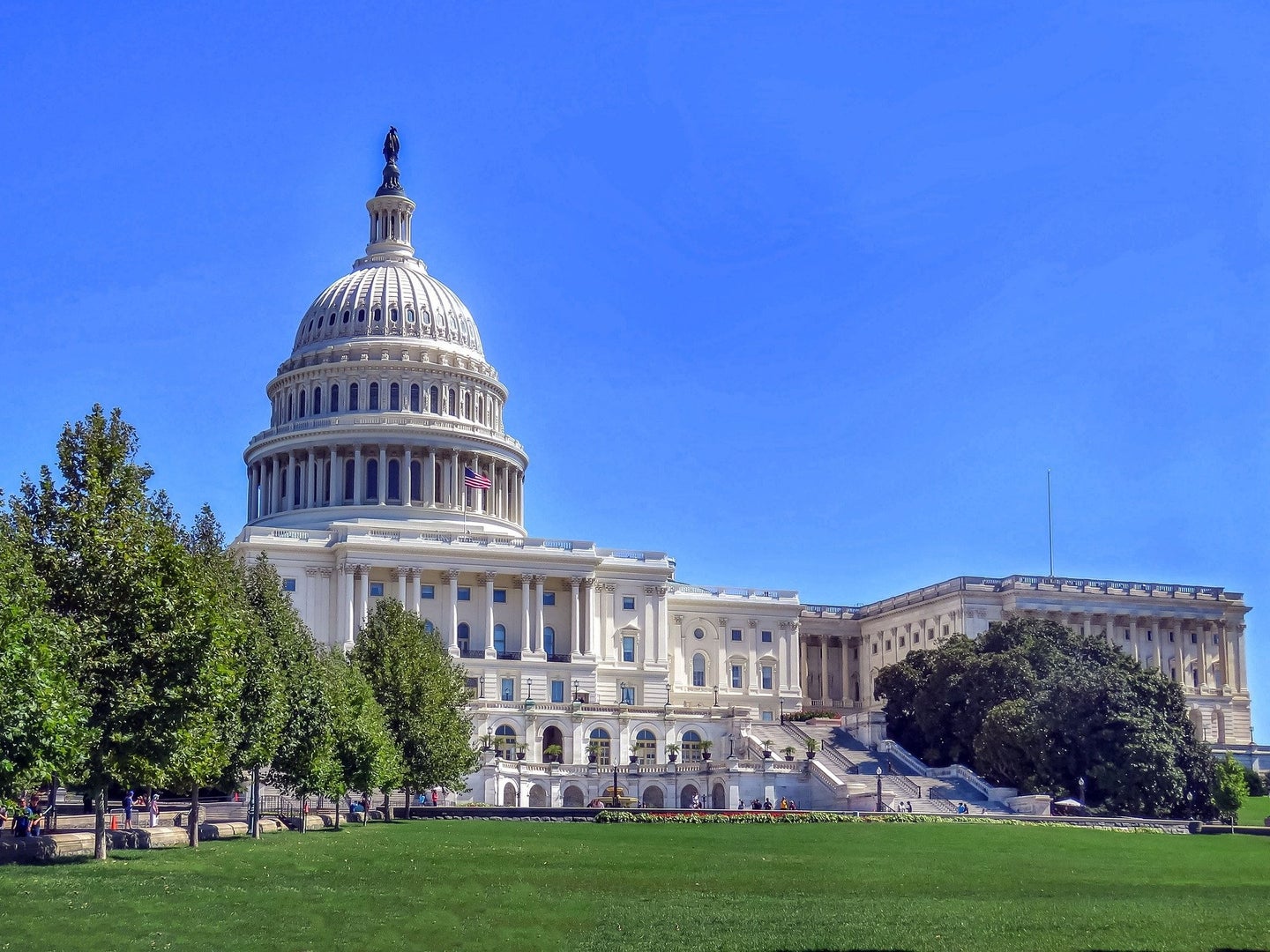 The Capitol Building has already made a lot of news recently, but it's in for an even busier year. Pixabay
SHARE

The election of Democratic senators Jon Ossoff and Raphael Warnock in Georgia last week could pave the way to passing at least modest climate change measures in Congress.

The election brought Democrats up to 50 senators, if you include Independents Bernie Sanders and Angus King, who generally caucus with the Democrats. Since Vice President Kamala Harris can cast a tie-breaking vote, that brings Senate Democrats to the smallest possible majority. It’s not the blue wave that climate advocates hoped for, but it does provide some hope for addressing climate change after four years of rollbacks and stalling. Policy experts say legislators can now use budget and taxation measures to benefit clean energy, create jobs, and build green infrastructure. But bigger climate-focused bills are going to have a harder time making their way through the legislature.

Here are the main climate and environmental wins the Senate majority can bring.

Biden’s picks for the cabinet will be confirmed

Cabinet picks are confirmed by the Senate, and the new majority means that Biden’s picks will likely enjoy a relatively smooth confirmation process. “It’s going to make it much easier for Biden to get his team through the Senate relatively quickly” says Mark Squillace, an environmental law professor at the University of Colorado, Boulder. “That’s really critical because so much of what can be done is going to be done at the executive level.” With less opposition slowing them from taking office, the Biden Administration will be able to get to work sooner.

Across his proposed cabinet, many of Biden’s nominees have expressed a commitment to fight climate change. EPA nominee Michael Regan, who oversees North Carolina’s environmental quality department, is expected to increase federal action on environmental justice and lead efforts to curb greenhouse gas emissions from cars and industry. The Treasury Department nominee, former Federal Reserve Chairwoman Janet Yellen could have powerful influence on addressing climate change through financial policies. Biden is also launching the White House Office of Domestic Climate Policy to coordinate efforts across agencies. Bracken Hendricks, a fellow at the progressive think tank the Roosevelt Institute and a former climate policy advisor to Washington Governor Jay Inslee, says that this cabinet-wide focus will be important for undoing the rollbacks of the Trump Administration. It will also make it easier to create new rules that work toward the goals of Biden’s climate plan, such as eliminating carbon emissions from the power sector by 2035.

Environmental bills can actually even come to a vote

The majority leader of the Senate decides which bills the legislators have an opportunity to vote on. With Democrat Chuck Schumer playing this role instead of Republican leader Mitch McConnell, it’s very likely that more environmental bills will come to a vote, instead of being left to wither away. “Mitch McConnel single-handedly refused to let things come to a vote even when there was bipartisan support,” says Squillace. “I suspect Chuck Schumer will be more than happy to let most of these bills come to a vote.”

Despite the inaction of the legislature of the past four years, there are climate-relevant policies that have at least some bipartisan support, so simply getting to vote on these bills can make a difference. Hendricks says that there’s likely enough support in the Senate now to pass major transportation and infrastructure bills, which can include a variety of provisions that curb carbon emissions.

Democrats can use their newfound influence to change spending and taxation under the federal budget in a process known as budget reconciliation. Those tweaks, which only require a simple majority to pass, could bring about tax credits and subsidies for renewable energy. Infrastructure spending can also be honed to support clean energy, for instance by upgrading the aging electrical grid, building public transit, or providing a network of electric vehicle charging stations. Hendricks says that he and other policy experts think it may be possible to implement a clean energy standard through a set of funding mechanisms, including credits, penalties, and technical assistance, that can be passed through reconciliation. “There are a whole set of mechanisms where a clean energy standard—setting rules for the utility industry to move towards clean energy—can fit very comfortably within a taxation and spending piece of budget legislation,” he says. “That would be a big win.”

In other words, while explicitly regulating how much carbon pollution energy and utility companies create would be a policy requiring 60-vote majority, it may be possible to achieve a transition to clean energy through a more convoluted system of taxes and spending that supercharges the clean energy market.

Implementing a carbon fee program is another budget measure that could slide through in the narrow majority, according to Squillace. In the past, he notes, there has been at least some Republican support for putting a price on pollution, so the Democrats may even have support across the aisle.

Throwing out Trump’s rollbacks through the Congressional Review Act

Under the Congressional Review Act (CRA), Congress only needs a simple majority to revoke rules made in the last 60 legislative days. The “legislative” word is key here, since the Senate isn’t in session every day. Squillace says that when Trump took office, the legislature was able to extend their review power all the way back to May 2016 by arguing 60 legislative days extended that far back, tossing out numerous Obama-era rules. The CRA could be a powerful tool for the new Senate since the Trump Administration has been on a last-minute sprint to push through a number of rules, including many that ease environmental regulations. ProPublica has a running list of these so-called “midnight regulations.”

It’s important to point out that even environmental measures that only need a simple majority won’t necessarily have it easy, since a handful of more conservative Democrats will be able to stamp out any bills they don’t support. Joe Manchin, a Democrat from West Virginia who will soon lead the Senate Energy and Natural Resources Committee, is among those unlikely to favor strong actions on climate change. Illustratively, Manchin shot a cap-and-trade climate bill with a rifle for a campaign ad back in 2010.

Any legislation beyond an adjustment to the federal budget is going to need 60 votes in the Senate to overcome a filibuster and pass. This could include policies regulating vehicle efficiency, pollutant emissions, or energy standards for appliances and buildings. If 41 Senators state they support a filibuster of a given bill, it usually doesn’t even come up for a vote. That means many bills that explicitly tackle climate change directly will likely struggle.

It’s possible that the filibuster itself could be repealed through a simple majority when the Senate sets its rules as part of the start of the new session. Hendricks says removing this provision, which essentially lets one party veto measures it doesn’t like, would be helpful in eliminating some of the gridlock.

In the end, while the legislature may be able to pass some larger infrastructure and transportation bills that include climate action provisions, a lot of work to enact Biden’s climate plan will have to be done in smaller pieces—both in Congress and through executive power in federal agencies and the Oval Office.