Companies may soon pay a higher price for emitting carbon. But will it be high enough?

A new policy brings back an old approach to tallying the cost of carbon, albeit with limitations. 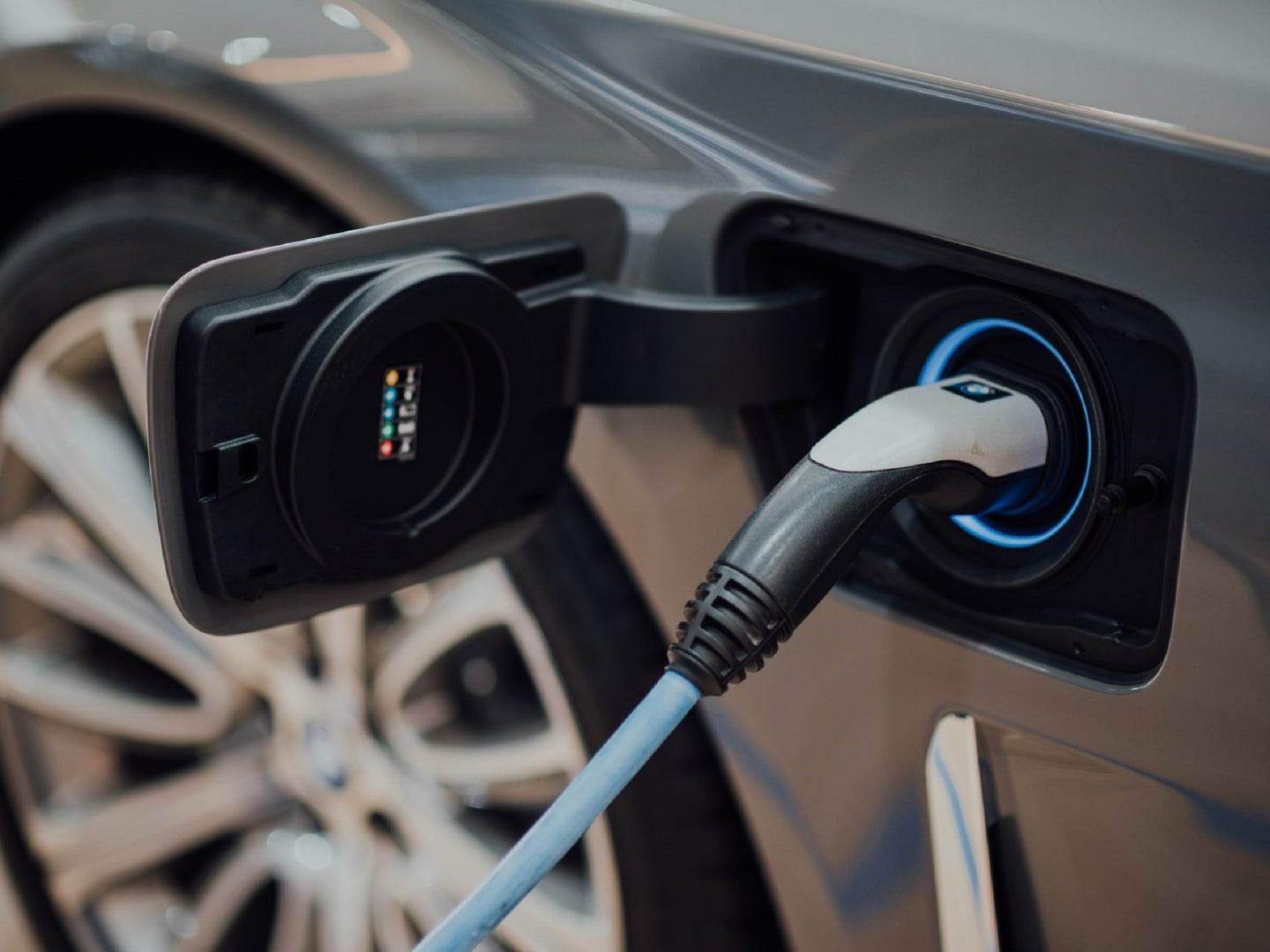 What does making a difference mean in the context of climate change? Chuttersnap/Unsplash
SHARE

Ramin Skibba is an astrophysicist turned science writer and freelance journalist who is based in San Diego. He has written for The Atlantic, Slate, Scientific American, and Nature, among other publications. This story originally featured on Undark.

To turn the tide against climate change, on the day of his inauguration President Joe Biden signed an executive order instituting a raft of policy changes and initiatives. One directed his team to reassess the social cost of carbon. This seemingly obscure concept puts a number on how much damage a metric ton of carbon dioxide emitted today will do in the future, in order to show how much a given climate policy would benefit the economy in the long run. More than in previous assessments, Biden’s team explicitly called for considerations of environmental justice and intergenerational equity, referring to the perils of climate change to future generations.

On February 26, the Biden administration announced an initial estimate of $51 per ton of carbon. But the cost is not a settled matter, and Biden’s advisers are still studying the latest research to make a more comprehensive update. Scientists and economists continue to debate the value of the social cost of carbon—experts have come up with a broad range of numbers, some more than $200 per ton of carbon—as well as its scope and effectiveness at shaping policy at a key climate moment. Their analysis involves making decisions about exactly which climate costs to include and whether government policies should aim to pay now or pay later on the way to the administration’s stated goal of having a carbon-neutral economy by 2050.

The concept isn’t new. The federal government began incorporating the social cost of carbon in climate-related regulations in 2010, factoring it into requirements for the fuel economy of cars and trucks, the levels of air pollution from power plants, and the energy efficiency of consumer appliances. But the Trump administration backtracked on these and many other regulations. Now, the US has less than a decade left to slash carbon emissions by about half to avoid the most disastrous climate impacts, according to the United Nations Intergovernmental Panel on Climate Change.

“The social cost of carbon is incredibly important because it enables policymakers or other decision-makers to put the costs and benefits of any climate policy on a level playing field,” says Tamma Carleton, an environmental economist at the University of California Santa Barbara. “It’s not the environment versus the economy—climate change has measurable effects on the economy—so it’s really about measuring what’s best for society” while choosing smart policies, she said.

President Biden appointed a working group that will eventually establish the new figures the government will use. The group—some members of which have yet to be confirmed—includes science, economic, and climate advisers along with the heads of major federal agencies, reflecting the high priority placed on the task. Now that the group has announced its initial assessment, its members continue their work toward a final one. They have one year to hash out the science while considering environmental justice and intergenerational equity issues.

Stringent climate-related policies can impose direct and indirect costs to manufacturers and consumers, potentially resulting in higher price tags for the next generation of goods like cars and appliances as they’re made to conform to new climate rules—but that’s only part of the story. Federal policymakers have incorporated the social cost of carbon in the development of scores of regulations already. The highest-profile regulations involve vehicles and power plants, but other rules outline energy efficiency requirements for things like air conditioners, vending machines, and ceiling fans. (Carbon dioxide is the most abundant greenhouse gas, but newer regulations account for methane and nitrous oxide as well. These emissions also contribute to global warming and come with social costs, so much so that the Biden administration now refers to them collectively as “social cost of greenhouse gases.”)

Here’s how the costs and benefits work out on paper: Suppose the Department of Energy proposed new regulations for air conditioners at a projected cost of $40 million, and economists estimated that the regulation would cut carbon emissions by one million tons at a rate of $51 per ton. That would mean about $51 million of benefits, $11 million greater than the cost, implying that it would result in savings in the long run because of its role in preventing costly climate damages in the future. On the other hand, a lower social cost of carbon, such as that put in place during the Trump era, would result in less estimated savings, suggesting that the costs of the proposed regulation would outweigh the benefits.

Over the past few years, it has become clearer that ignoring climate change ultimately will have far larger economic impacts in the future. Now, for instance, scientists can more easily account for the damages to California’s agriculture resulting from a drought, or the public health effects of a heat wave in Chicago, Carleton says. That means environmental economists have learned to better assess how an increase in energy efficiency would reduce these damages and add up to a clear benefit.

Research on climate economics has advanced in other ways since Biden was last in the White House. Because of that, the Biden administration should go beyond the Obama-era assessments, said Myles Allen, a climate scientist at the University of Oxford, and consider the full range of possible climate scenarios. These include factoring in the chances of crossing certain environmental tipping points—such as widespread melting of polar ice sheets that would cause sea levels to rise much more rapidly—and estimating the potential damages that would result.

Allen collaborated with other experts in 2017 on a report by the National Academies of Sciences, Engineering, and Medicine, which Biden’s executive order cites. The report estimated the social cost at $42 per ton of carbon, in line with a gradual increase to the cost under Obama. Adjusted for inflation, this translates to $51 in 2020 dollars—the same value currently adopted by the Biden administration’s group. But other researchers have come up with higher numbers: Last month, economists Nicholas Stern and Joseph Stiglitz suggested a value around $100 per ton by 2030; Carleton and a colleague set it at about $125 per ton of carbon in a paper published in January; and Frances Moore, an environmental economist at the University of California at Davis, put it at $220 per ton in the estimate she and a colleague produced in 2015.

There are many reasons for the wide range of estimates. To figure it out, researchers use at least three different models, each of which requires assumptions like how trends in economic growth respond to climate change, how trends in oil prices change while it is still widely consumed, and the costs of adapting to climate change, including rebuilding or moving people from fire- and flood-prone areas. If, say, economists project widespread recessions, steep climate adaptation costs, and high emissions, they’ll calculate a high carbon cost.

“You have to track the carbon dioxide through the climate system and its effect around the world—what are these climate damages on everyone in all sectors throughout centuries into the future?” Moore says. “That’s fundamentally a very difficult problem.”

Another ongoing debate centers on how society values future costs and benefits, which is determined by what economists call the discount rate. “In all economic analysis, there are tradeoffs between money you have now, or damages you feel now, and those you might feel later,” says Kevin Rennert, director of the Social Cost of Carbon Initiative at Resources for the Future, a nonpartisan, nonprofit research institution in Washington, D.C. “And that applies to climate change as well.” A lower rate means valuing the harms to future generations more highly today, while a higher rate means allowing them to bear more of the burden. Most scientists assume a rate of 2 or 3 percent, while Trump administration policies used a rate as high as 7 percent.

The discount rate issue raises questions of what Biden’s executive order calls “intergenerational equity,” which the order states has not yet been adequately taken into account. While people who are alive now bear the costs in the near term, some benefits of climate policies might not come for decades, Rennert says.

Beyond this debate, some scientists question whether the social cost of carbon is an effective tool for shifting to cleaner energy fast enough to stop climate change. Anthony Patt, a climate policy researcher at ETH Zürich, and others have argued that policymakers in the US and elsewhere don’t have the will to set a price high enough to matter. Putting a price on carbon may be too little, too late, these experts stressed, when the pace of climate change is accelerating and the time to mitigate it is dwindling.

A social cost of carbon works well as a tool for spurring people to gradually improve their energy and fuel efficiency, Patt says. But if the goal is to encourage society to completely stop carbon emissions and invest heavily in alternatives to fossil energy, he said, the social cost of carbon is inadequate to accomplish that unless it is increased by an order of magnitude or more. “It would have to be ridiculously high,” he added, “in the thousands of dollars a ton.”

Even 30 years ago, improving the efficiency of cars, appliances, and power plants might have been sufficient to change the world’s climate trajectory, Patt says. Now society faces a more daunting challenge: transitioning to a fossil fuel-free economy in just a couple of decades. Patt believes other tools should be used, such as larger subsidies for solar and wind power and electric car infrastructure, as well as quota systems for airlines to require them to increase the percentage of carbon-neutral fuels they use.

An additional consideration in the new carbon cost assessment could center on inequities between the rich and the poor and other environmental justice concerns involving historically marginalized communities of color and Tribal communities, based on the stated goals of Biden’s other executive orders and statements. Current federal assessments don’t account for the fact that $1,000 of climate damages from a wildfire or hurricane, for instance, hurts a poor person more than a wealthy one, Allen said.

That is, questions of ethics can matter as much as questions of science, as Biden’s group’s announcement acknowledges. “The decisions you make about how you weight economic impacts” on different people and communities, Allen says, “have a far bigger impact on the social cost of carbon than, say, how much uncertainty there is in how much warming you get per ton of carbon dioxide in the atmosphere.”