The London Natural History Museum’s Wildlife Photographer of the Year competition highlighted some of the world’s rarest, most beautiful creatures 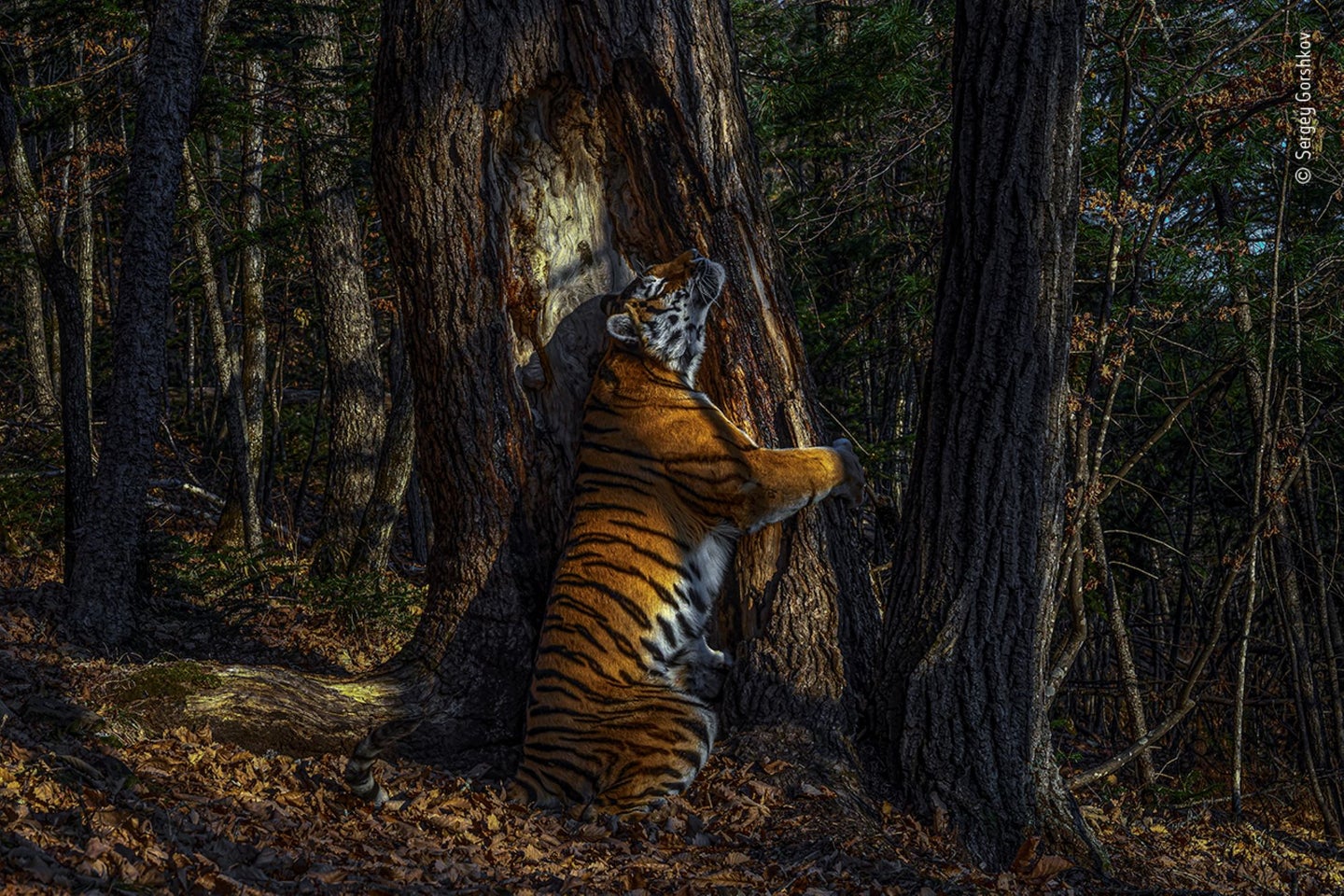 From erupting volcanoes in Italy, to remote Mongolian forests, to the Philippine Sea, this year’s winners of the Wildlife Photographer of the Year Award went above and beyond to capture images that displayed the beauty of the natural world.

The 56th annual photography competition, hosted by London’s Natural History Museum, received over 49,000 submissions from all over the world. The competition was open to amateurs and professionals of all ages, and the winners were selected across various categories and age groups.

The photographers featured in the exhibition planned meticulously for their winning shots, and the results were universally beautifully composed and skillful as well as miraculously lucky. The Adult Grand Title Winner, Sergey Gorshkov from Russia, set a camera trap that took 11 months to yield its prize-winning photograph, and the winner of the Behaviour: Invertebrates category, Frank Deschandol, built a custom shutter system for his composition.

The 17 winning photographs were selected by a committee at the Natural History Museum and will be on exhibition for the public beginning Friday, October 16.

This stunning shot of a female Amur tiger is a result of Gorshkov’s planning and patience— there are very few of these animals left in the wild, as over the past century they were hunted nearly to extinction. This tigress is rubbing herself against an ancient Manchurian fir tree, leaving her scent to mark her territory.

The Manduriacu species of glass frog is newly discovered and lives only in the small Manduriacu Reserve of the Andes foothills. To capture this photograph—the first ever to show one of the species eating—Culebras trekked through the foothills in pouring rain for four hours. The frog in the photograph is critically endangered, as the small piece of land on which it resides is threatened by open-pit mining and illegal logging in the area.

This diamondback squid, suspended gracefully in the dark water off the coast of Anilao, Philippines, found itself illuminated by chance in a beam of light from diver and photographer Songda Cai. The adolescent squid is transparent, but beneath its skin are light-reflecting pigments that, during its brief illumination, seemed to turn it to gold.

This image of two wasps—a cuckoo wasp and a sand wasp—entering their neighboring nests in a sandy part of Normandy, France, was created on more than just a stroke of luck. Photographer Frank Deschandol built a high-speed shutter out of an old hard drive because his camera’s own shutter would have been too slow to capture the moment. The resulting composition, balanced with the larger sand wasp framing the vibrantly-colored cuckoo wasp in the center, could not have been captured without both luck and innovation.

At a sanctuary in Sabah, Borneo, a young male proboscis monkey sits with his eyes closed in quiet contemplation. His nose, already his most striking feature, will continue to grow throughout his life and, when he is older, will signal his status and mood as well as help him to amplify his call. Mogens Trolle has been photographing primates for the past five years, but calls this fellow’s expression “quite unlike anything I’ve ever seen on another monkey.”

In the backrooms of Bali’s bird market in Indonesia, young macaque monkeys like this one are bought and sold. Paul Hilton convinced the trader that he was interested in buying the monkey in order to take this photograph. Though the sale of macaque monkeys is legal in Indonesia, other species—orangutans, for example—are available but boxed out of sight, and other types can be procured upon request regardless of legality. This young monkey’s mother was likely killed as a pest, as the macaques’ natural forest habitats are being destroyed and the monkeys are often found raiding crops.