It's huge and spiky and about to bloom in Surrey. 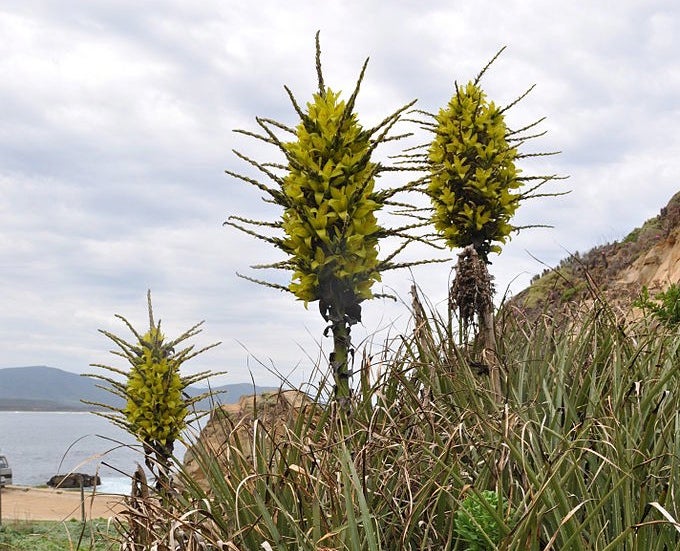 Most bromeliads have firm, hard leaves, but Puya chilensis is sort of an extreme example. Its leaves look sort of like aloe leaves, but in between them are huge, sharp spines that jut out past them. Most plants that have spines, like cacti, use them for protection, but it’s theorized that Puya chilensis actually uses them for hunting.

This plant is sometimes known as a “sheep-eating” plant, which is not, strictly speaking, accurate: it is not a carnivorous plant like the well-known pitcher plant or Venus flytrap, as it doesn’t actually digest animal matter. Instead, scientists believe that the spikes trap animals with thick fur, like sheep, which then starve to death, fall to the ground, and decompose at the base of the plant, providing highly rich, localized food for the plant. It’s gruesome as hell.

It’s not a particularly rare plant; it’s in the news now because for the first time, horticulturists in England have coaxed it to bloom, 15 years after planting it. They’ve been feeding it liquid fertilizer, because, says one of the horticulturists, “feeding it on its natural diet might prove a bit problematic.”