13 otherworldly photos that were actually taken on Earth

Enjoy some close encounters of the photography kind. 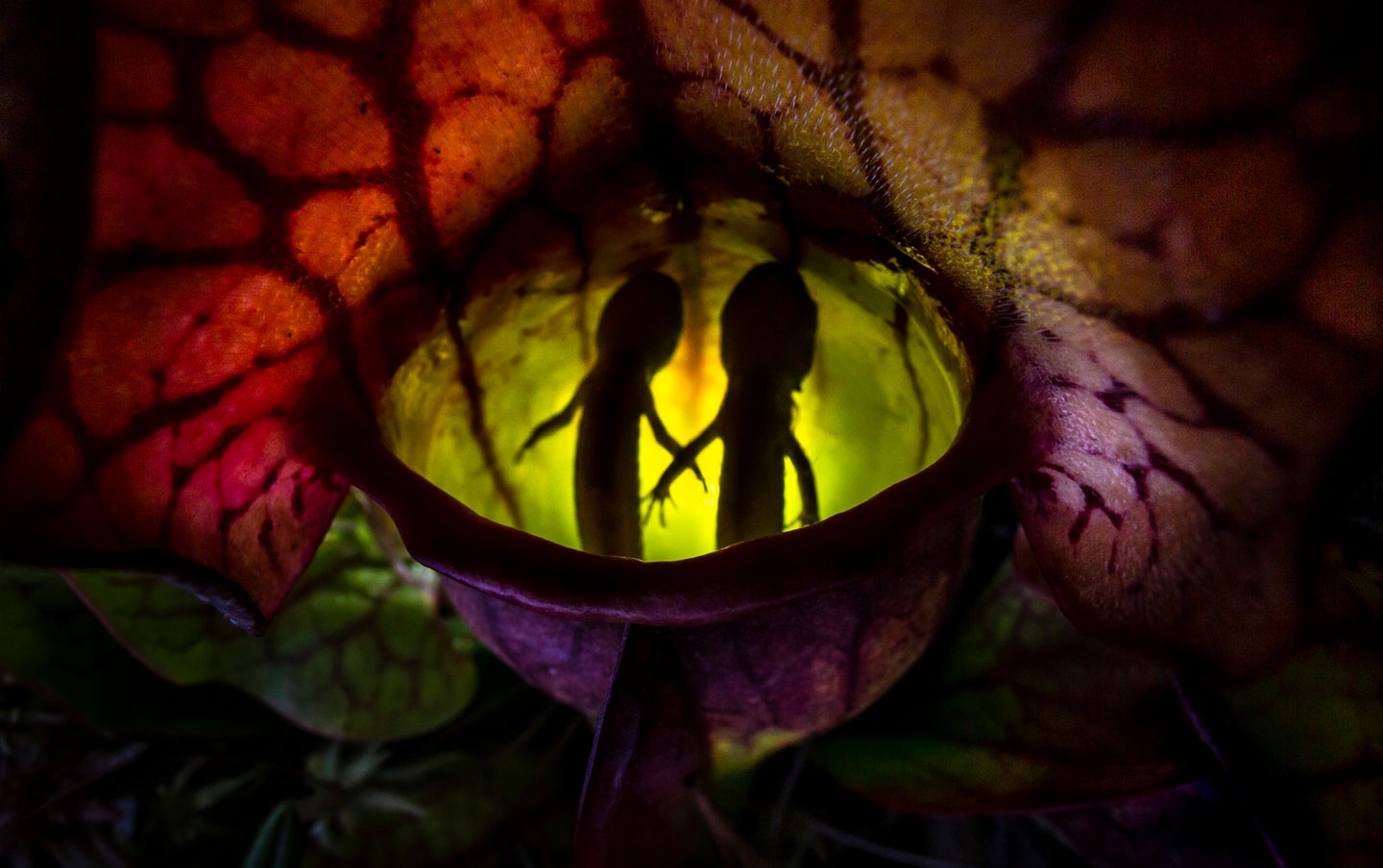 Earthlings, get ready for your closeups.

Close-up Photographer of the Year has revealed its fourth annual contest winners, and the results are a doozy. With 11 different categories, the Top 100 features everything from octopuses and Atlas moths, to trails of pheromones and the delicate cross sections of leaves.

The story behind the overall winner (seen above):

“Northern pitcher plants (Sarracenia purpurea) are carnivorous, allowing them to survive in nutrient-poor bog environments. Here there is no rich soil, but rather a floating mat of Sphagnum moss. Instead of drawing nutrients up through their roots, this plant relies on trapping prey in its specialised bell-shaped leaves, called pitchers. Typically, these plants feast on invertebrates—such as moths and flies—but recently, researchers at the Algonquin Wildlife Research Station discovered a surprising new item on the plant’s menu: juvenile spotted salamanders (Ambystoma maculatum).

This population of Northern Pitcher Plants in Algonquin Provincial Park is the first to be found regularly consuming a vertebrate prey. For a plant that’s used to capturing tiny invertebrate, a juvenile spotted salamander is a hefty feast!

On the day I made this image, I was following researchers on their daily surveys of the plants. Pitchers typically contain just one salamander prey at a time, although occasionally they catch multiple salamanders simultaneously. When I saw a pitcher that had two salamanders, both at the same stage of decay floating at the surface of the pitcher’s fluid, I knew it was a special and fleeting moment. The next day, both salamanders had sunk to the bottom of the pitcher.”

The next entry period for the Close-up Photographer of the Year awards will open in March. But before you start prepping your cameras, get a little inspiration by scrolling through more of the recent winners below.