Mystery Animal Contest: Who Is This Slippery Slitherer? Update: And the winner is…Maggie Ryan Sandford, who correctly guessed that this is a caecilian! (And provided us with an unsettling picture of, as she says, “their totally grody egg situation.”) Caecilians are the little-known third branch of the amphibian tree, along with frogs and salamanders. (Toads are, taxonomically, just a type of frog.) They evolved differently from the other amphibians: unlike frogs and salamanders, they live almost exclusively underground.

Some physical attributes became unnecessary when the caecilian moved underground, most obviously the legs and the eyes. The caecilian is completely legless, making it look like an earthworm or a snake, and its eyes are weak and covered with skin. Those rings around the caecilian’s body are merely folds of skin, not actual body segments, as in an earthworm. A few species can be found in water; like the other amphibians, the caecilians are friends of water, and the largest species of caecilian lives only in the water, swimming around like an eel. Also like the other amphibians, it breathes through a combination of organs–it has lungs, but also breathes through its skin.

And that skin is odd indeed. A recent BBC documentary found that shortly after giving birth, mother caecilians shed their skin about once every three days–and the babies eat the nutrient rich skin, peeling it off her body like cheese off a pizza. It is, obviously, super gross.

The caecilian lives all through South and Central America as well as some parts of coastal equatorial Africa and Southeast Asia. It’s not rare, we think, but it is not a well-understood animal; nobody quite knows what it eats or what it does all day. But sometimes it looks really cheerful. Hi caecilian! 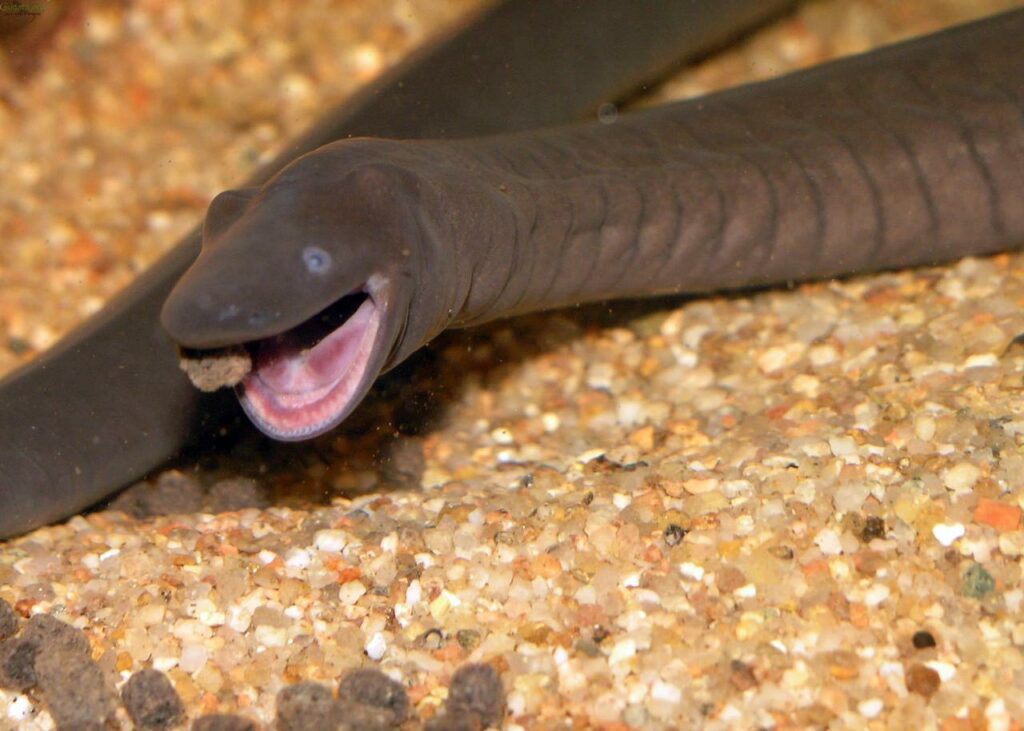