Fish Can Tell The Difference Between Human Faces

Facial recognition may not only be an innate skill 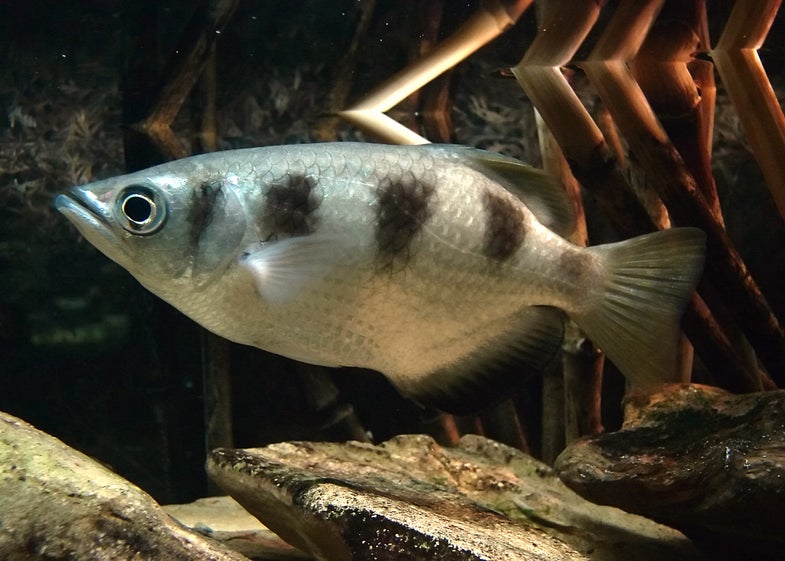 Being able to tell human faces apart is a skill that almost every person has, although some are far better at it than others. But a new study out from the journal Scientific Reports says that this is not just a skill that humans and primates poses. Even fish can do it.

Following up on research studying different species’ abilities to recognize human faces (sheep, dogs, cows, horses, and birds have all been tried), the researchers from the University of Oxford and the University of Queensland decided to pick an animal that does not have an evolved neocortext, the part of the brain that processes sight and sounds, and doesn’t have a close relationship with humans. That way, there would be no reason why these test subjects would have a past history of identifying human faces.

So they picked the archerfish, a reef fish variety that shoots water into the air to knock its prey out of the sky. They used this adaptation to have the fish spray water at a face on a monitor hanging over their tanks for a reward. Most of the fish were able to pick apart their learned face, even when colors were taken away or methods were used to obscure the face shapes.

This study gives more backing to the hypothesis that differentiating between faces is not just an innate skill that big-brained organisms are born with. It is possible that a good portion of recognizing faces is learned over time. The development of the neocortext may contribute only to quickly process a large number of faces in varying scenarios.

But more work needs to be conducted to find a deeper link to this possible learned behavior. The sample size of this study was very small – only eight fish were used altogether. Also, the faces displayed on the prompter were only white, female faces from a German database, shown in a frontal view, with no expressions. Other animal trials have shown that some species, like pigeons, respond more to differing angles and varied expressions.