These Songbirds Can Speak To Each Other Like Humans Do

Other animals like whales and dolphins may have the ability, too 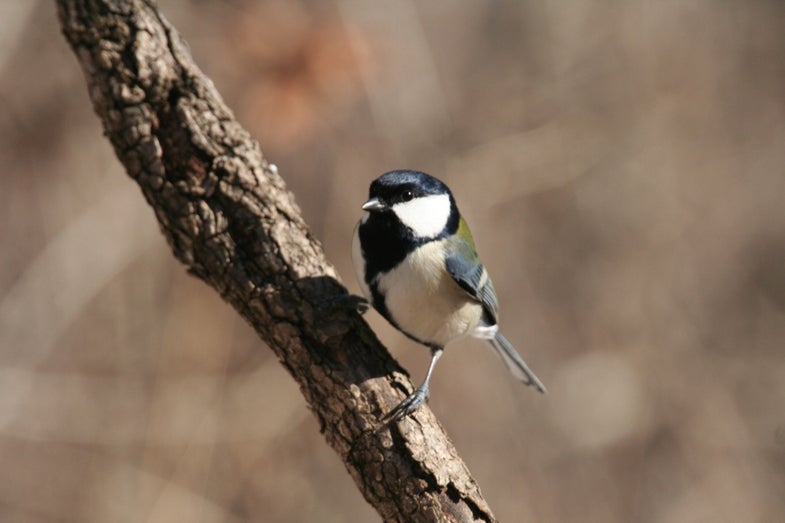 Some of us are adept at successfully communicating thoughts in a clear and concise manner. Others may stumble or struggle to put their ideas and feelings into words. But regardless of the size of our lexicons, all of us humans share the ability to combine two or more words into a new meaning or idea —an ability known as “compositional syntax.” This has long been thought to be unique to Homo sapiens, but biologists have discovered this ability for the first time in another species: the Japanese great tit (Parus minor).

This little songbird that may well have just revealed animal communication to be a much more complex world than we previously thought. The new findings are published in the journal Nature Communications.

Human language is prominently characterized by the its ability to produce a seemingly infinite number of articulations from a finite number of vocal tools. It’s principally made up of two main parts: phonology and compositional syntax. Phonology combines sounds to make words, and compositional syntax combines words to form more complex expressions.

Other species of birds and monkeys are known to use combinations of sounds, and alter note sequences, but none of the sounds they employ have any kind of a distinct meaning on their own. Therefore, these examples don’t constitute compositional syntax, and are still phonological.

Biologist Toshitaka Suzuki, of the Graduate University for Advanced Studies in Japan, had noticed during his fieldwork that Japanese great tits (Parus minor) were calling to one another with a wide range of notes, and that they were combining different notes and call types. “I wondered if they may use grammar and syntax for chatting with others, like human speech” he recalls.

Inspired to find out, Suzuki and his colleagues recorded various calls and played them back to birds to see their reaction. They focused on two note types specifically, that they labeled ABC, and D. ABC is a call that great tits use to caution conspecifics about possible predators in the area. When hearing this call, the little songbirds usually scan their surroundings to make sure the coast is clear. D is a call that essentially means to “come here.” 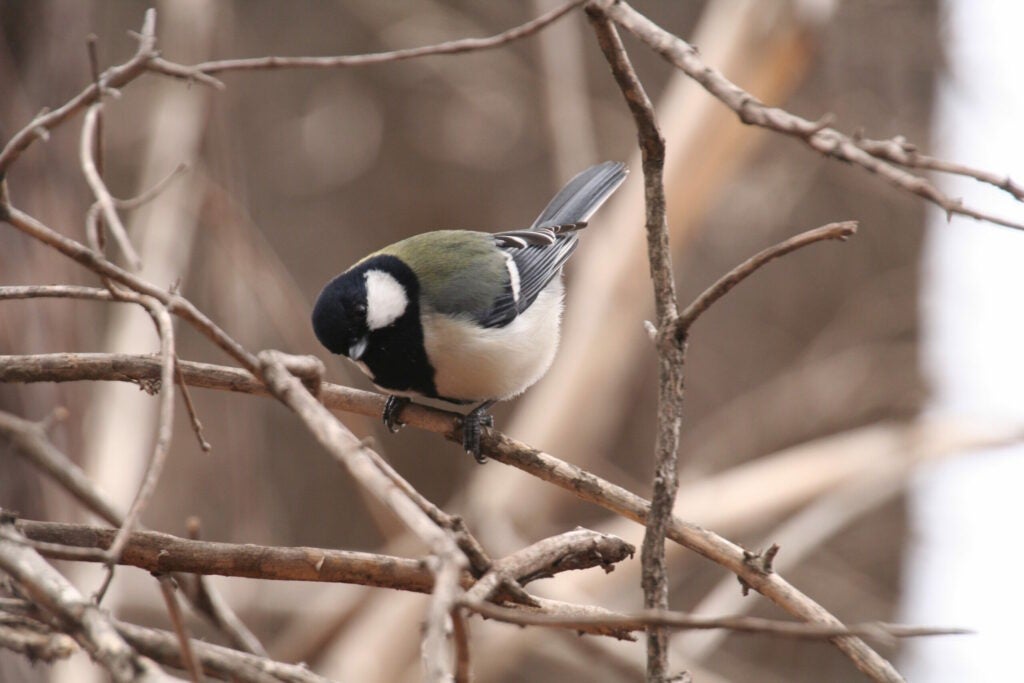 Japanese great tits are the only known other species besides humans that have been observed using compositional syntax in their vocal communication.

When tied together (ABC-D), the two calls combine to form a new complex meaning. Birds that hear it usually come to the source of the call (D), but scan the area first (ABC) and approach with caution. It’s like saying “come here, but be careful.”

To make sure, however, that the tits weren’t just responding to two different calls in sequence, Suzuki and his colleagues played an artificial call to the songbirds that reversed the notes to D-ABC. When hearing that flipped syntax, most of the birds did nothing. This indicated that that the combination of ABC-D—in that specific order—holds a very specific meaning.

What the ecological factors are that could steer the evolution of a sophisticated form of vocal communication in a species like Japanese great tits is not quite understood yet. Indeed, this discovery makes it rather difficult to determine why compositional syntax evolves in the first place.

It’s hard to imagine that other species of birds, or perhaps whales or dolphins that rely heavily on vocal communication, do not also engage in compositional syntax that we just haven’t observed yet. “I expect that compositional syntax may be evolved in other animals, too,” says Suzuki.

Until we find it, however, Japanese great tits are still the only other species besides humans known to utilize such a complex form of vocal communication. Of course, countless species out there are likely clicking and clacking with compositional syntax all around us. We’re just not quite intelligent enough to hear it yet.