NASA is testing space lasers to shoot data back to Earth

It's like switching from a dial-up connection to high-speed internet. 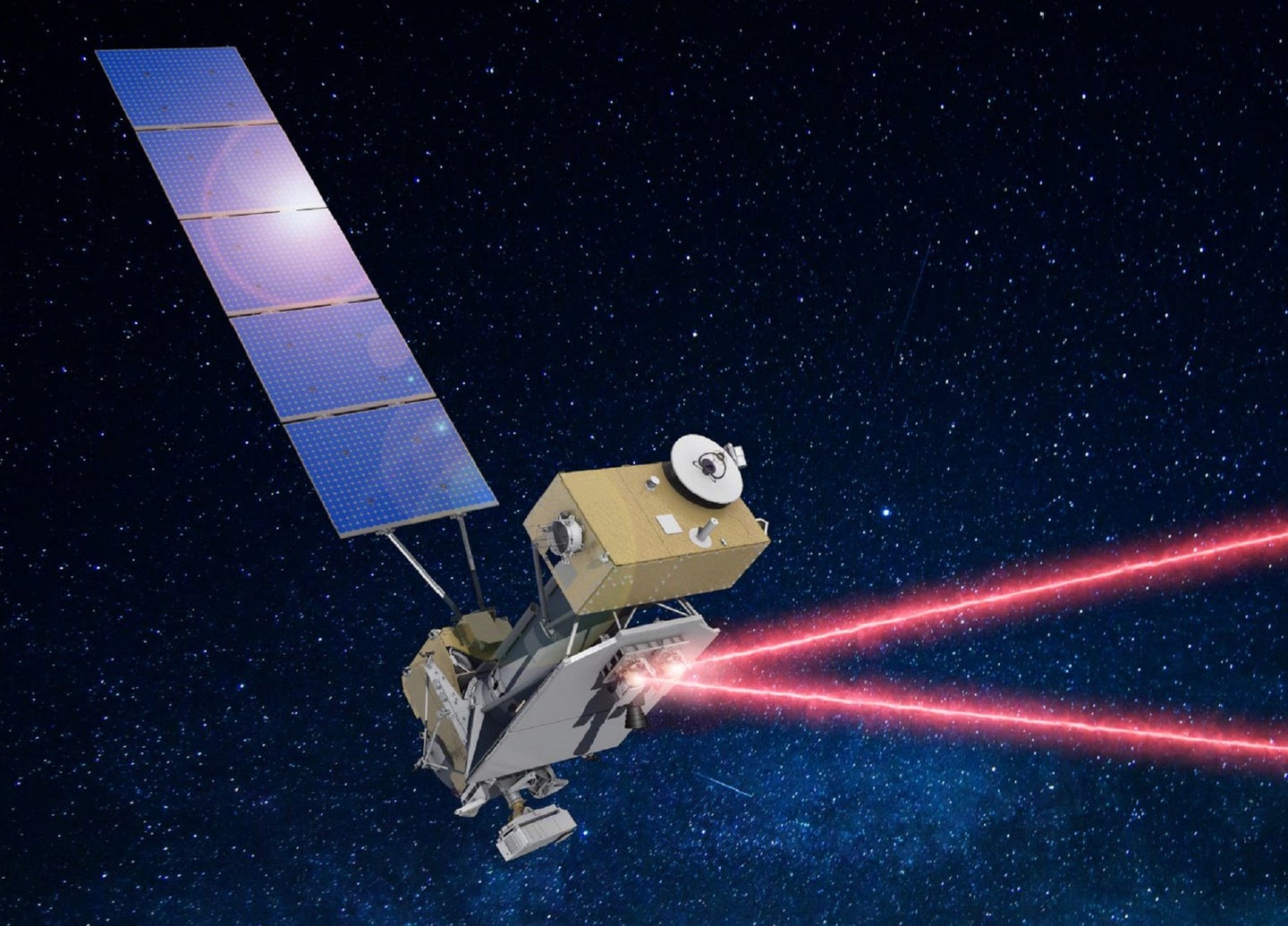 It can be challenging to communicate in space. But in the early hours of December 7, NASA launched its Laser Communications Relay Demonstration (LCRD), which plans to improve space-to-ground communications with a popular sci-fi concept: invisible lasers.

Building on technology from NASA’s 2013 Lunar Laser Communications Demonstration, LCRD will transmit data to Earth at 1.2 gigabits per second, about double the relay rate of its predecessor. That’s fast enough to download an entire Denis Villeneuve movie in less than a minute.

Glenn Jackson, LCRD payload project manager, says the demo could someday help wrap internet networks around the moon and even Mars. “Currently we use radio frequency to move data and video to Earth,” Jackson says. “Laser communication increases that bandwidth and allows us to get more data to Earth from astronauts and science missions.”

How does laser comm work?

Laser communications, also referred to as optical communications, use light to transmit information. The technology already exists on Earth in everyday items like TV remotes and heat lamps, but is typically used on a much smaller scale than what NASA plans to build while exploring the solar system.

For decades, astronauts and engineers relied solely on radio waves, or electromagnetic frequencies, to send messages back and forth between spacecraft and Earth. But because radio signals travel at the speed of light, like light, they diffuse at great distances.

This diffusion can cause delays in transmission, and could jeopardize a mission if scientists are unable to reach a spacecraft quick enough to help it out of a sticky situation. One of the most famous instances of a communications mishap occurred in 2020, when Deep Space Station 43—the only radio antenna on Earth that could communicate with NASA’s longest running space mission, Voyager 2—was shut down for maintenance. The agency immediately lost the ability to send commands to the veteran spacecraft, until it was able to reestablish contact almost a year later.

To avoid this kind of catastrophe and speed up space communications, the agency’s latest demonstration plans to use infrared lasers to send information back down to Earth. Unlike radio waves, lasers generate a very tight beam of light, which means they can travel vast distances without being affected by diffusion. These beams are also invisible unless they’re shot directly into the eye, because in space, there’s nothing for them to bounce off of.

By using a shorter wavelength of energy than radio waves, laser communications will allow scientists to send as much as 10 to 100 times more data than conventional radio systems do today. But how does it work?

Onboard, LCRD has powerful high-speed electronics that help control its performance, as well as two optical modules, or telescopes, that each have their own purpose. One telescope receives data from user spacecraft, while the other transmits data back to the ground. According to NASA, while it takes about nine weeks for radio systems aboard a current spacecraft to transmit a complete map of Mars, laser technology could cut that time into nine days.

What exactly is LCRD’s mission?

After its original departure from Cape Canaveral had been delayed numerous times due to a kerosene leak in its fuel storage system, this week LCRD was finally given the green light to launch as one of two payloads on the United States Space Force’s Space Test Program Satellite-6 mission. The Atlas V rocket could be seen for just about two minutes after liftoff, as it gained enough speed (upwards of 2,200 miles per hour) to leave Earth’s atmosphere.

Currently, LCRD is in geosynchronous orbit more than 22,000 miles above Earth (about a tenth of the way to the moon) where it will spend two years undergoing tests and experiments before it begins supporting science missions. It will begin to power on by January, and NASA scientists should be able to run experiments with it by March.

For the agency’s first end-to-end optical relay, satellites that orbit the planet will beam data to two ground stations in California and Hawaii. But lasers aren’t completely invincible—just as clouds block the sun, they also can disrupt laser signals—meaning that NASA’s ground stations needed to be placed in areas of high altitude and historically good weather. If all goes according to plan, in 2022, astronauts aboard the International Space Station will be among the first to use LCRD to transfer scientific data from various instruments down to Earth.

During launch, Kathy Lueders, associate administrator of NASA space operations mission directorate, said that not only is LCRD’s demonstration an important leap for space-to-ground communications, the technology is imperative for the success of Artemis, the next iteration of crewed US missions.

“We need to improve our comm systems to be able to do human spaceflight activities around the moon,” Lueders said. If the demonstration fails, she noted, it could potentially push NASA communications back five to 10 years.

Why is it a big deal?

Although the entire payload is about as big as a king-sized mattress, it’s still more compact and uses less power than the strongest radio systems, making it ideal for missions that will need extra cargo space. And out in the solar system, those details could mean the difference between mission failure and mission success.

“[Laser communication] decreases the amount of weight and energy needed in spacecraft and space exploration to communicate,” Jackson says. That means there’s more room for items like fuel, imaging tools, and someday, maybe even astronauts.

Vincent Chan, a professor of electrical engineering and computer science at Massachusetts Institute of Technology, thinks the day when optical communications become a commercial product could come relatively soon. He says that due to the influence of companies like SpaceX and Blue Origin, the future of laser technology is bright.

“Optics for long distances always have an edge,” says Chan. Besides LCRD, NASA is also currently planning to develop more missions that will test laser capabilities, including the Orion Artemis II Optical Communications System and a payload aboard Psyche, a spacecraft that will test how lasers fare in deep-space environments.