Megapixels: This incredible photo changed the way we look at Earth 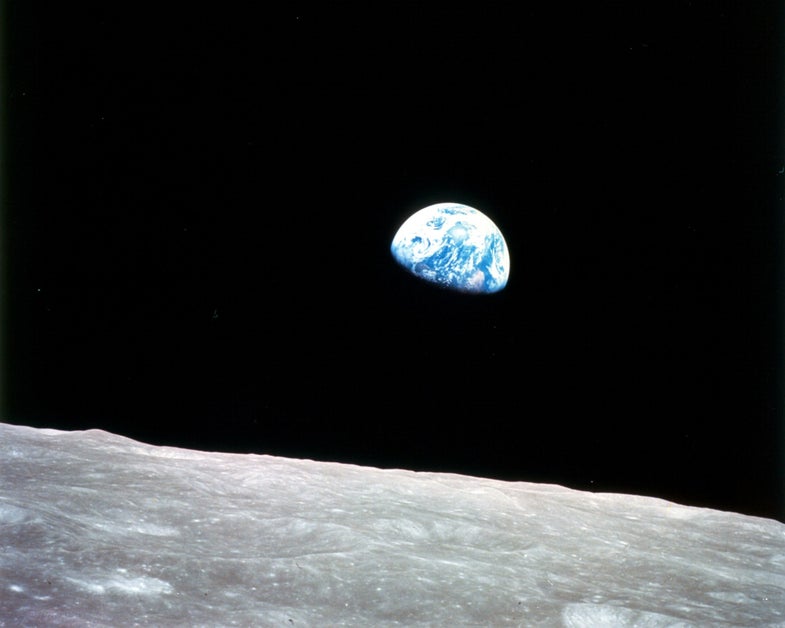 “Earthrise” is arguably the most famous family portrait on the planet—a snapshot of all of us together, captured by Apollo 8 astronauts on Christmas Eve, 1968. Bill Anders had snapped the pic during the spacecraft’s fourth orbit of the moon, as they swung around its far side. “The vast loneliness is awe-inspiring and it makes you realize just what you have back there on Earth,” astronaut Jim Lovell said of the view during a live TV broadcast that evening.

Most Americans quickly recognize Apollo 11 and 13—one marked humanity’s first footsteps on another world, and one turned into a desperate fight for survival—but Apollo 8 was a historic journey as well. It wasn’t the first time humankind went to space (or even the first time Americans did) but it was the first time our species orbited the moon. We’d seen our planet from above with the help of satellite imagery, but Apollo 8’s crew were the first to witness the full globe of Earth rise up in the distance, providing a speck of dazzling color against the alien lunar landscape.

“I don’t know who said it, maybe all of us said, ‘Oh my God. Look at that!'”Anders told NASA in a documentary about the mission. “And up came the Earth. We had had no discussion on the ground, no briefing, no instructions on what to do. I jokingly said, ‘well it’s not on the flight plan,’ and the other two guys were yelling at me to give them cameras. I had the only color camera with a long lens. So I floated a black and white over to Borman. I can’t remember what Lovell got. There were all yelling for cameras, and we started snapping away.”

Apollo 8, which took place during the height of the Vietnam War, briefly unified citizens locked in conflict with a feeling of collective hope and awe. “The only telegram I remember out of all the thousands we got after Apollo 8 said, ‘Thank you Apollo 8 you saved 1968,'” mission commander Frank Borman told NPR earlier this year. Fifty years later, perhaps the famous image can still inspire some unity for the holiday season. We’re all on this wet hunk of rock together, and it’s the only home we’ve got.