Sci-fi authors wanted to prevent dystopian futures. Instead they predicted them. 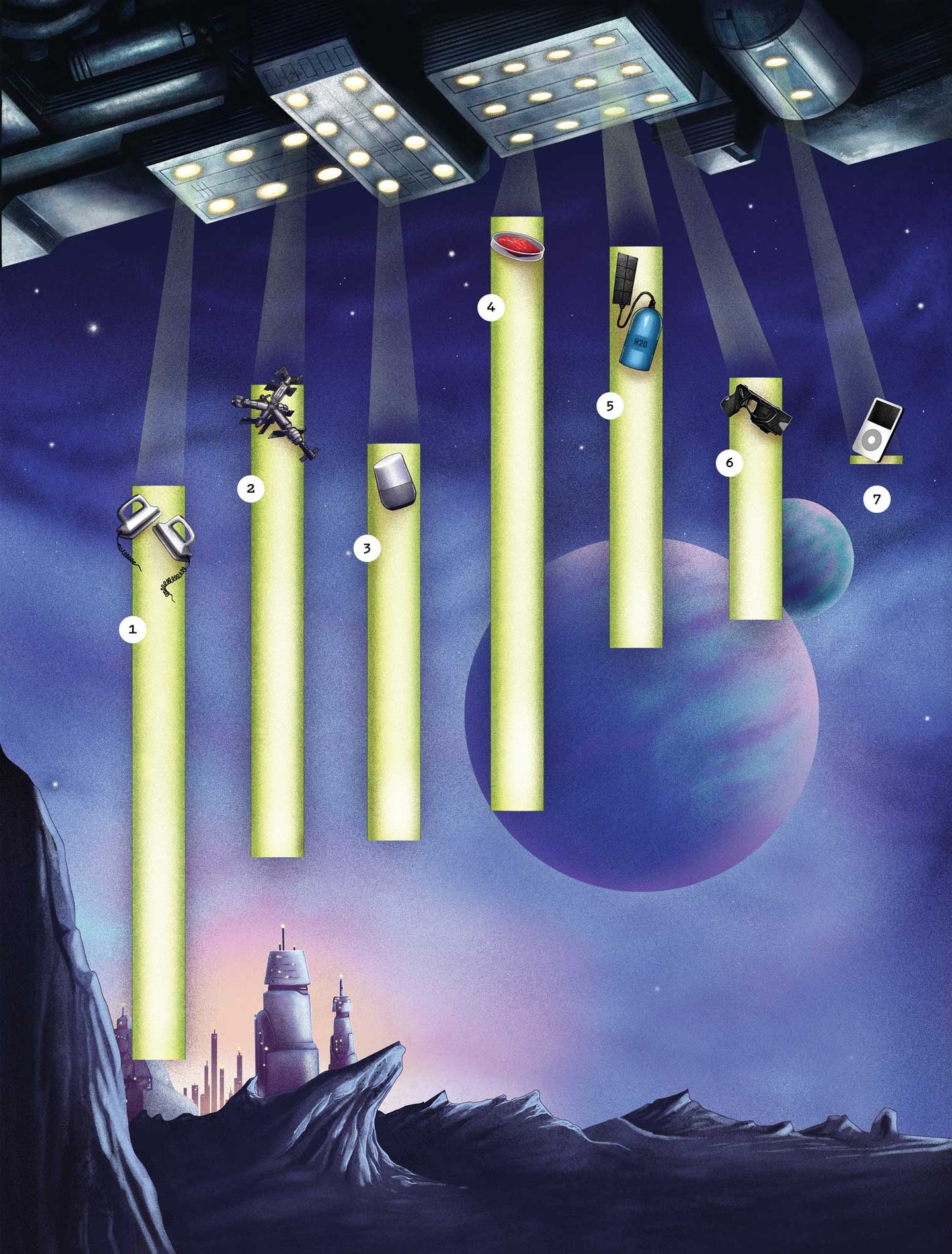 The future might already be written. Cheer, shudder, or eye-roll in disgust, but history shows that what awaits us is often spelled out in the pages of science fiction. The genre’s predictive track record stretches millennia: Authors mused about the lunar landing as far back as 175 A.D., when Syrian satirist Lucian of Samosata imagined flying ships to the moon, a tale that tapped the seafaring culture’s desire to ascend to the heavens. Fiction isn’t always pure fantasy. “Some of our greatest authors are not making up stuff whole cloth, but sampling from the zeitgeist—scientific or otherwise,” says Dan Rockmore, director of Dartmouth College’s Neukom Institute for Computational Science, which hands out annual prizes for visionary speculative writing. Of course, scribes do have blind spots. They never quite nailed the smartphone (easy, Trekkies—those communicators are more like fancy pagers). Here’s a glimpse of what sci-fi writers of yore got right.

Inspired by galvanism (manipulating muscles with electrical current), Mary Shelley’s Dr. Victor Frankenstein famously reanimates dead flesh. In 1947, the less-ghoulish Dr. Claude Beck saved a teenage patient with a 60 Hz jolt to the heart from his homemade defibrillator: two silver paddles wired to an outlet. By the ’50s, the machines were reviving patients in hospitals worldwide.

Characters in Samuel Butler’s 1872 novel Erewhon realize computers “were ultimately destined to supplant the race of man,” so they ban smart gizmos. Real robots have been learning to outdo us since the ’50s, when AI researchers held a workshop at Dartmouth; IBM’s Arthur Samuel coded a checkers player that refined its approach until it could beat him.

In her 1880 short story “Mizora,” Mary Bradley Lane describes Amazonians who transform beef’s chemical elements into synthetic burgers, “a more economical way of obtaining meat than by fattening animals.” She wasn’t far off: Dutch scientist Mark Post’s petri-​­born patty starts as bovine stem cells. In 2013, the first one cost more than $280,000 to grow, but he’s since trimmed that to around $12.

After decades of small-scale projects in Nordic nations, Rokeya Sakhawat Hossain’s dream of saving summer sun to warm a town through winter (from her 1905 story ­“Sultana’s Dream”) got real in 2007. In ­Alberta, Canada, high midyear temps transfer to antifreeze in underground pipes. The warmed ground radiates heat into 52 homes for the whole cold season.

Tom Swift and His Electric Rifle details a boy inventor whose blaster stuns targets with “a powerful current of stored electricity.” That idea sounded neat to NASA engineer Jack Cover, whose TASER is an acro­nymic reference to that 1911 novel. The weapon he patented in 1974 conducts a jolt of juice from a battery, through a pair of leads, into the target’s ­nervous system.

Ray Bradbury famously wanted to prevent dystopian futures, not predict them. But one tiny piece of tech in 1953’s Fahrenheit 451 was about to hit a nonfiction tipping point: “thimble radios,” which provided “an electronic ocean of sound, of music and talk.” The next year, Texas Instruments debuted the first mass-​­market portable radio, complete with a single, wee earphone.