Of mice and Mars. 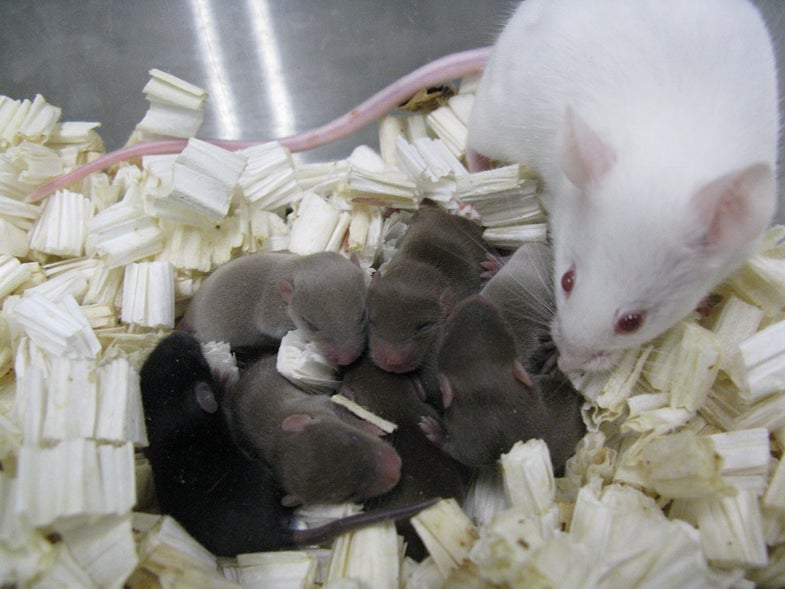 If humankind ever sets up a colony on Mars, a lot of things will be different. There’ll be less gravity, less oxygen, and more death if you go outside without a spacesuit. But at least one thing might remain the same: if we bring mice to Mars with us, we’ll probably still have mouse infestations.

According to a study published this week in Proceedings of the National Academy of Sciences, mouse sperm that was freeze-dried on the International Space Station for nine months was able to produce healthy baby mice on Earth. The findings suggest that animals, including humans, may one day be able to reproduce in space.

The findings aren’t entirely surprising. Astronauts coming back from lengthy stays the space station can still have babies. Microorganisms can endure the harsh conditions outside the space station for more than a year and live to tell the tale. Sperm are potentially more fragile, but in this study (which NASA dubbed “Space Pup”) they had it pretty cushy by comparison, because they were stored inside the station, in a freezer. Still, the ISS receives a daily dose of radiation that’s up to 100 times higher than on Earth, and that can mess you up.

Indeed, the space sperm did seem to suffer a bit more DNA damage than similar samples stored on Earth. But the researchers suspect the DNA got repaired in the developing embryo. Because, through artificial insemination, the sperm helped create healthy mouse pups, who grew up to have healthy mouse pups of their own.

The results indicate that someday we might be able to breed animals in space (yum, space bacon). However, sperm survival may be the lowest hanging fruit when it comes to reproducing in space. Who even knows what effects microgravity could have on conception, pregnancy, fetal development, and the process of giving birth? It’s going to be a long time before we’ll be ready to make space babies of our own.