If Earth’s orbit is so crowded, why don’t we see space junk in photos of the Earth?

It’s a matter of perspective 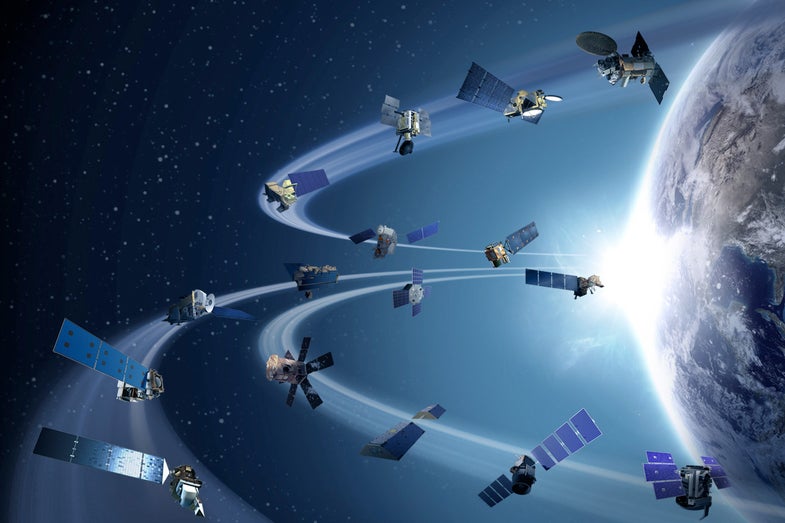 Sometimes, when we post a cool picture of the Earth taken from space, Popular Science gets questions about why, if there’s so much garbage in space, we don’t see an orbital landfill circling our planet in pictures of the Earth.

No, it’s not some massive conspiracy, and yes, the space above our planet is getting increasingly and worryingly crowded with satellites and space junk. It’s just that humans and the things we build are tiny compared to the vastness of our planet. There are about 4,256 human-made satellites orbiting the Earth, of which about 1,149 are still working. Most of these are fairly small, ranging from tiny CubeSats that are only four inches on each side to communications satellites that can be over 100 feet long.

That’s still tiny when you consider that the Earth is 7,917.5 miles across.

Even our space station is puny when compared to our planet. Measuring 357 feet end-to-end, the International Space Station (ISS) is by far the largest human-made object orbiting the Earth. Even that isn’t large enough to register on Earth-observing instruments such as the DSCOVR satellite’s EPIC camera, which takes absolutely gorgeous pictures of the Earth from a million miles away.

Jay Herman, the lead scientist of EPIC, says that the smallest objects EPIC’s camera can make out are about eight to 10 kilometers wide. At that range, the ISS wouldn’t even register as a blip in an image of the Earth. 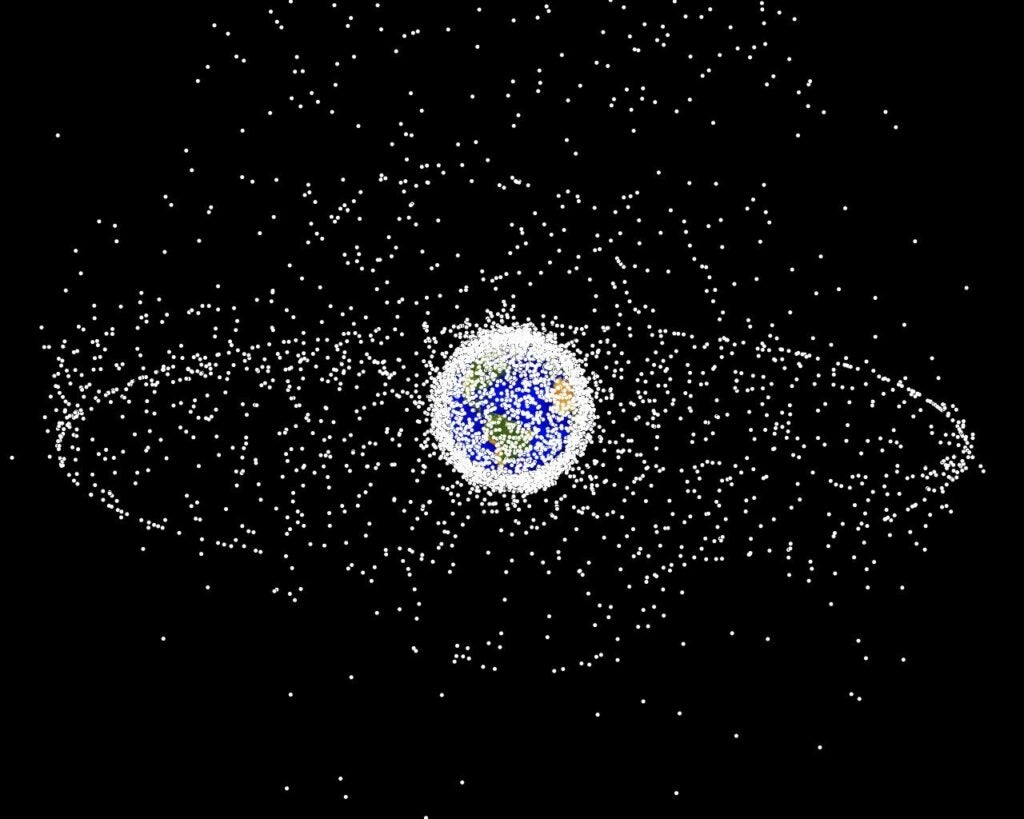 Some of the orbital debris that currently encircles the planet. Dots are not to scale.

Even satellites with closer vantage points and higher resolutions are out of luck. NASA’s Terra and Aqua satellites carry the MODIS (or Moderate Resolution Imaging Spectroradiometer) instrument and operate only about 440 miles above the Earth’s surface.

“With the MODIS satellite, which has a resolution of one kilometer, you’d probably barely be able to make out something like the ISS,” says Herman. “If it did pass through the field of view, you might see a bright spot, but you wouldn’t see many details, so it would be really hard to identify.” And that’s only if the ISS and Terra or Aqua happened to be in the same area.

That’s not to say that there are no orbiting observatories capable of taking images of other satellites or space junk. “Some of the commercial high-resolution satellites would be able to see the ISS and probably even smaller spacecraft,” Herman says.

But even then, it’s a matter of perspective and position. Satellites are designed to not crash into each other, which means that it’s very rare that their paths cross, and many of them operate at different altitudes. The ISS orbits at a height of around 250 miles, for example, while other satellites orbit closer to Earth or much further away. “The commercial satellites would be able to see the ISS, which is in a fairly low orbit,” Herman says. “But they wouldn’t be able to see MODIS, which is in a higher orbit than the commercial high-resolution satellites.”

“The ISS is in an equatorial orbit, so it goes north and south of the equator, but not all the way to the poles,” Herman says. Many other satellites, including the commercial satellites, he says, orbit the Earth on a polar orbit, heading North to South. “The probability of a satellite [like the ISS] being in the field of view is not zero, but it’s small, because they’re in almost perpendicular orbits.”

And even if it seems invisible in the wide-angle images of Earth, that doesn’t mean that space junk isn’t a highly visible problem to people involved in spaceflight. Infographics show how very crowded the space around our planet has become.

“There’s a lot of space junk up there,” says Herman. “In fact, the ISS has to maneuver occasionally to get out of the way of stuff that NORAD tracks with radar.” Much of that space junk is small, ranging from paint chips to baseball-sized pieces of debris that were once part of Chinese, Russian, or American satellites. These pieces wouldn’t be immediately visible in images, but they still have the potential to cause real problems in space. “The velocities are so high that if a little piece of junk hit you it would do a lot of damage,” Herman says. Just last spring, an errant fragment chipped a window of the ISS.

But for many people, seeing is believing. There is one way to spot the denizens of Earth’s orbit, but it doesn’t involve radar tracking, satellites, or photographs. Just go outside on a clear night with little moonlight, find a spot with minimal light pollution and look up at the stars. Once your eyes adjust, you should be able to see small pinpricks of light moving steadily across the sky, smaller and steadier than an airplane. Those are some of the hundreds of satellites that are large and low enough to be spotted from Earth. While the smaller objects that make up the majority of items floating around our planet are far too tiny to ever be seen with the naked eye, there are enough large satellites orbiting the Earth that you should be able to spot at least a few. All you have to do is look up.