Is It Ok To Give Cannabis Pain Killers To My Pet?

The science behind cannabis-based pet products is still half-baked

Different types of pets also have different metabolisms. Dogs, cats and rabbits may all differ in how they respond to cannabis-based products. Wikimedia Commons user Takkk
SHARE 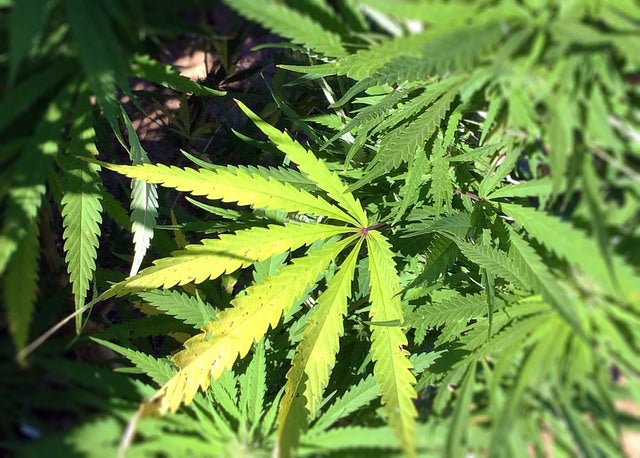 Chemicals in Cannabis sativa could relieve pain in animals. But cannabis-based supplements aimed at pets are not regulated and there is no research to show they are safe and effective.

For decades, people have used medical marijuana (or just plain toked up a doob) to ease chronic pain. But can sick pets get the same relief from weed?

Several companies now sell cannabis-based products intended for our best friends, according to a New York Times report. It seems pet owners are administering these products to relieve pain, limit seizures, and even reduce anxiety (however that’s measured) in dogs, cats and other species.

But does it work?

“People ask me about it all the time,” says Lisa Moses, a veterinarian at MSPCA-Angell Animal Medical Center in Boston, who runs a pain clinic for animals. “There are lots of pet owners and some veterinarians out there who report that those kinds of supplements have helped their pets.”

That is, of course subjective. It’s not like a dog or cat can tell you. And neither can science. There are no studies to confirm whether these products work or that they are safe. Worse, says Moses, “not only are there no guidelines, there’s no oversight. There is no way to know how much of a risk you’re taking.”

While it might seem logical to assume what works in humans also works in pets, veterinarian Sarah Moore, of Ohio State University in Columbus, knows better. Animals who have taken it on themselves to self-dose, by ingesting their owner’s stash, have exhibited major health issues.

“We see many cases a year of marijuana toxicity—usually by accidental consumption by the pet—and those pets can get very sick,” Moore said in an email. “It is never a good idea to expose your pet to recreational or medical marijuana.”

Among the symptoms she has seen are weakness in the hind legs, vomiting, drooling, tremors or convulsions, dilated pupils or urinary incontinence. Pets can also fall into a coma or die. Fortunately this is rare.

So what’s in this new breed of pet pain reliever?

Typically, it’s not tetrahydrocannabinol (THC), the main pscyhoactive ingredient in marijuana. Instead, these products—edible oils, tinctures, powders and chews—usually contain cannabidiol (CBD), another chemical found in cannabis. Many products, (such as Canna-Pet or Treatibles), are made with hemp rather than the varieties of Cannabis sativa grown for marijuana, and marketed as nutritional supplements.

CBD is not psychoactive, but it may have benefits. Researchers are investigating CBD as a potential treatment for seizures, pain, inflammation and other problems in humans. But no one knows for sure what its overall effects will be on humans or animals.

“We don’t have the research to tell us the concentration, dose or frequency to give it, or even what diseases it is good for, in either humans or animals,” Stacy D. Meola, a veterinarian at Wheat Ridge Animal Hospital in Colorado, said in an email. One problem is metabolism. “We do know that dogs likely metabolize marijuana differently than people and that may complicate things further.”

While there are a couple of companies popping up to sell whole-plant marijuana for animals, “that makes me really uncomfortable,” Moses says. “Because we know so little about toxicity.”

What does the FDA say?

The Food and Drug Administration hasn’t approved or evaluated cannabis for use in animals, nor regulated CBD-based supplements aimed at pets. So there are no guidelines about how these products could interact with medications a pet is taking. And there are no standards about what doses should be used.

Trying to get accurate information on what is contained in each supplement is difficult. “Most companies consider their ingredients proprietary information and may not disclose those on the package or even when directly asked by a doctor or consumer to do so,” says Moore.

Things get trickier, and riskier, when you consider that different species will respond differently to what they ingest based on the makeup of their guts and their metabolism. Cats, for instance, are known as being “the pinnacle of the weird metabolism of drugs and chemicals,” Moses says. “Their body detoxifies things differently than other species do, so I would be especially careful with cats.” Herbivores such as rabbits and horses might be a whole different matter. “Trying to figure out what’s the right dose for an animal whose [gastrointestinal] tract works that way is really different than doing it for a carnivore,” Moses says. “Really, you need data for every species.”

So what should I do if my pet is in pain?

There’s a lot of information that needs to be obtained on cannabis-based supplements before most vets will become comfortable recommending them. “It’s not like a person, where they can stop taking it when they feel sick or they feel weird,” Moses says. It’s inevitable that some pet owners will want to try anything to help their loved one and will, sooner or later, turn to these easily available products. For these folks, Moore advises you to proceed with caution and make sure your pet is carefully monitored in case they react poorly.

In the meantime, standard pain medication such as Quellin or Onsior, along with physical therapy, are among your best bets for treating your pet’s chronic pain. “It’s worth it to talk to a veterinarian…to explore all of the new options there are before you start trying stuff that could be potentially harmful,” Moses says. “There is real promise and I’m really hoping that within my lifetime we figure out how to use some of the compounds in [cannabis] to treat my chronic pain patients. But I think we’re far away from that place.”