Scientists are throwing down the spotted gauntlet 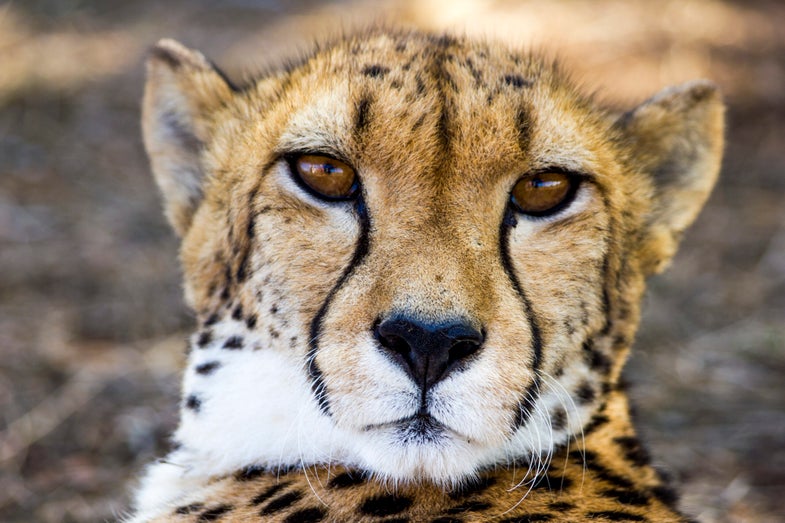 There’s a bitter battle between cheetahs and deer, but it’s not the usual fight to the death. It’s a battle to see who has the #bestspots.

Since the war started on Wednesday morning, the Twittersphere has been flooded with spots. Cute spots. Fluorescent spots. Spots for hiding. Spots for showing off. Anne Hilborn, a PhD student at Virginia Tech, fired the first shot. She studies cheetahs in Tanzania, so she knows exactly how on point those spots are.

Cheetah reaction to the idea of being in competition with deer over spottiness@SophieLGilbert pic.twitter.com/XTCJjCKHGl

That cheetah doesn’t give AF. Its spotted fur helps it blend in, allowing it to kill creatures like that deer fawn.

Even blood soaked and mange tinged, these spots are better than deer. #bestSpots pic.twitter.com/5XV9mfnDQu

Since the tweet that launched a thousand spots, hundreds of people have submitted their candidate for the #bestspots, not all of them fuzzy.

This little dude is a spotted salamander. Not many people get to see his little yellow dots because he spends so much time underground, but if you’re in the eastern U.S. or Canada keep an eye out after the rain. They can also regenerate body parts, including chunks of their heads if they have to.

This stingray’s spots are so pretty that it’s captured and sold as an ornamental breed. So many of them are exported from South America that Bolivia submitted it to be a protected species at this year’s CITES conference, which determines the flora and fauna that get international protection under the CITES treaty.

Neither of these guys is trying to fit in. Chameleons can be ordinary colors like brown and green when they’re just chilling, which helps them blend in to trees or dirt. But they don’t change their spots for camouflage—they do it to express their feelings. Chameleons have a layer of colorful pigments underneath a semi-transparent layer of a type of crystal. To change colors, they just change the spacing between the crystals, which changes how light reflects off the pigments below.

Octopuses (or octopi, if you prefer) can change color on demand too. Some of them use bright spots to warn predators that their bites can be deadly, but from the safety of your home the flashes of color are more intriguing than they are scary.

The aptly-named jewel beetles look so gem-like that jewelers actually use them for decoration. The iridescent spots on this little bugger aren’t actually made from pigment—they’re reflected off by the microscopic structure of the insect’s exoskeleton. That’s also how peacock feathers work: peacock pigment is brown, and their bright blues and purples all come from structural tricks.

I humbly present the eastern quoll as a contender for the #BestSpots #Australia pic.twitter.com/CWoOMUlVrO

Let’s end on a fuzzy one, shall we? The eastern quoll is about the size of a small housecat and only live in Australia. They’re hardy little creatures—life is basically out to get them from beginning to end. Female quolls give birth to about 30 babies, but have only six teats. So only the strongest (or pushiest) young survive. The ones that make it are often eaten by predators, many of whom were introduced to the island recently as invasive species. The last haven for these spotted fuzzballs is Tasmania, which is thankfully devoid of the foxes and dingoes that love to munch on them.