To combat smog, Thailand made it rain 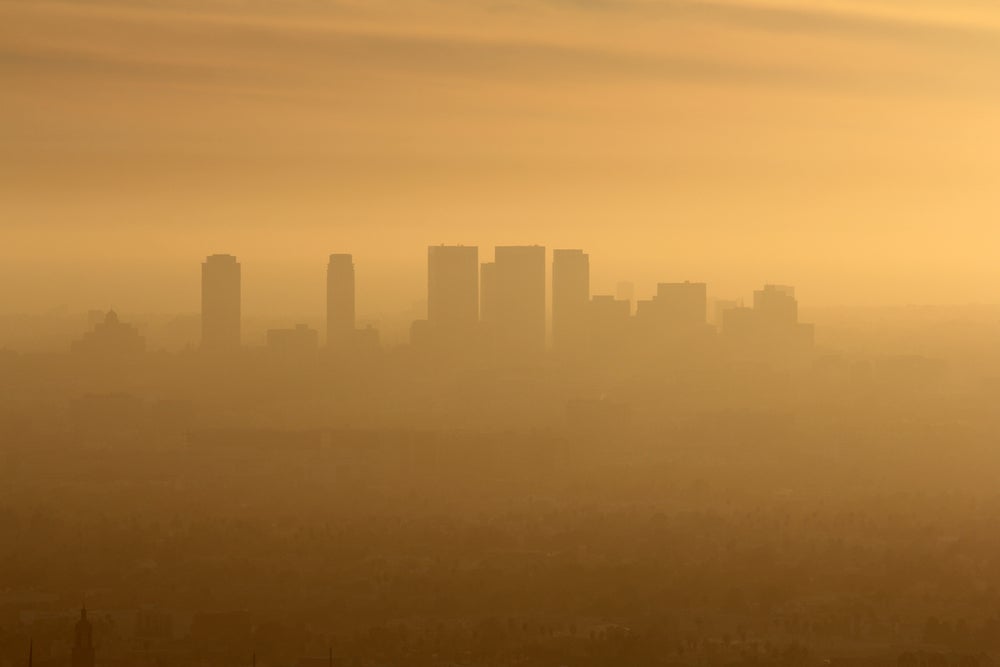 Like diamonds or beef, air quality is rigorously graded. And the lower the score the better: 0 to 50 is “good,” according to the U.S. Environmental Protection Agency, indicating there is little particulate matter in the air—or in your lungs. But by the time the air quality index, or AQI, hits 101, “sensitive groups” like young, sick, elderly, or pregnant people should stay home. And when the index tops 151, everyone is advised to stay indoors.

So it was a problem when Bangkok, the capital city of Thailand, registered 227 on the AQI earlier this month and stayed there. This isn’t the first time Bangkok registered such levels—or Salt Lake City, Los Angeles, and Beijing for that matter—but government officials decided pollution-filtering masks and advisories to stay inside weren’t enough. Determined to clear the smog, they made the unusual choice to make it rain, according to Earther.

Rain is nature’s way of rinsing the air of toxic particles. As raindrops fall, they collect molecules floating in the air around them. In the process, a 2015 study in Atmospheric Chemistry and Physics showed, soot and smog are pulled to the ground, and the air is cleaner than it was before. But the success of human-made precipitation has yet to be established.

Cloud seeding, as this weather-making process is commonly known, dates back to 1946. Vincent Schaefer, a chemist at General Electric, found that cloud condensation nuclei—tiny particles around which water forms—could be produced artificially. Schaefer experimented with dry ice, but later experiments involved flying planes equipped with canisters of silver or lead iodide over targeted areas. That’s what the U.S. military did in the 1960s, when it secretly seeded clouds over Vietnam in hopes of extending the monsoon season and winning the war.

Silver iodide remains popular today. Many regions have dedicated peacetime cloud-seeding departments. The Chinese Meteorological Association is the world’s largest such operation, while Thailand’s Department of Royal Rainmaking and Agricultural Aviation is leading the current effort in Bangkok. Even the County of Los Angeles has been working doggedly to replenish snowpacks in the Sierra Nevada mountains with its own seeding strategies.

Such measures may seem extreme—playing God to clear the smog—but invisible particulate matter causes some serious problems. According to the World Health Organization, air pollution contributes to 7 million premature deaths each year. The only trouble is, we’re not sure if cloud seeding is a reliable response to such smog. Observational data suggests some local projects are working—a given snowpack is measurably bigger after a cloud seeding experiment, say—but longitudinal data is still being collected.

What we do know is that air pollution is getting worse and poor countries are disproportionately affected. India is a popular international example. Though the AQI officially stops at 500, its capital city Delhi has hit 999 before. But nowhere is safe. Spending a day in San Francisco during the Camp Fire was the equivalent of smoking 10 cigarettes.

Cloud seeding may be one important part of a smog-busting strategy, but our heads can’t be totally in the clouds. If we really want to reduce air pollution, we have to change the way we live and locomote, reducing the fossil fuels and toxic chemicals we emit in the first place. And we have to do it everywhere. Because at the end of the day, we all share the same air.