Why chemists are watching light destroy tiny airborne particles from within

How these particles break down could improve the way we understand aerosol pollution. 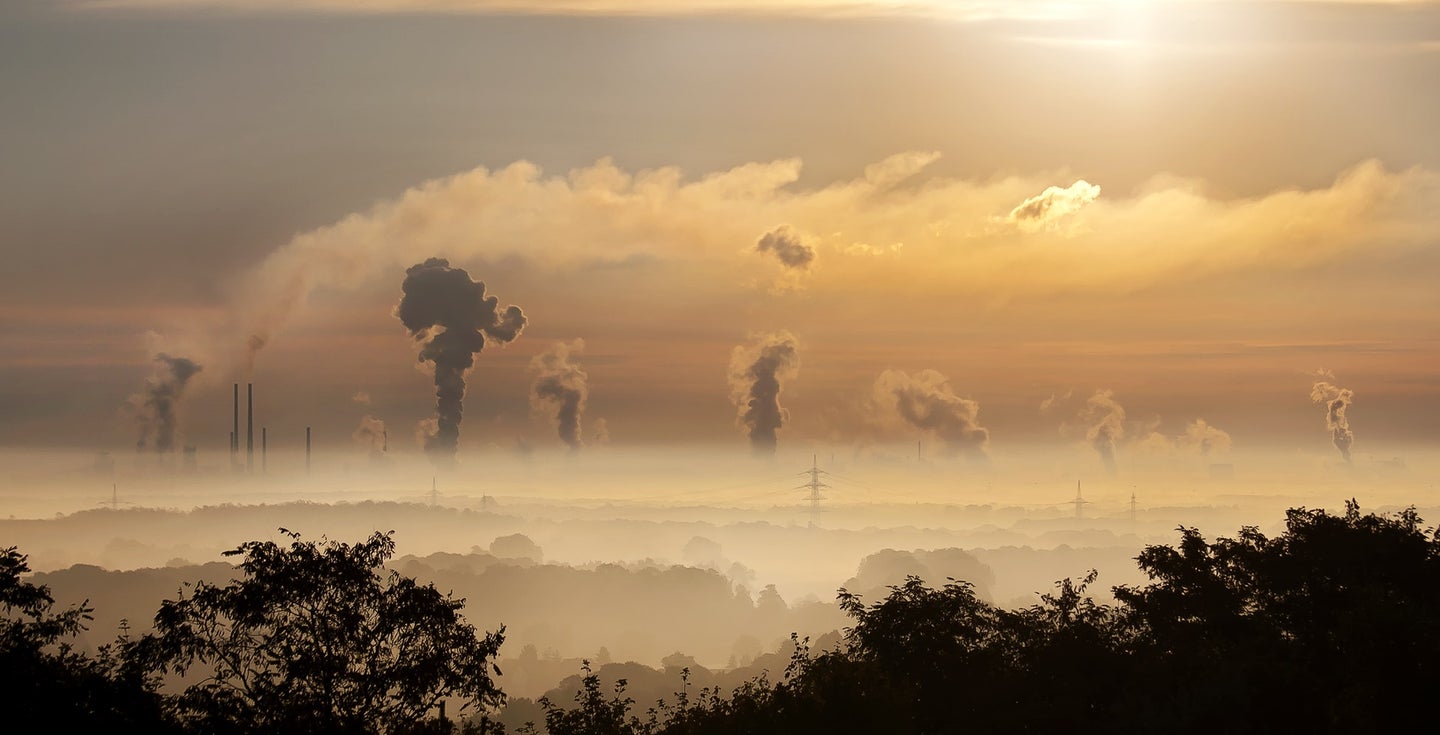 When you look out the window or above you, you might notice colossal clouds or the sheer quantity of air. Scientists notice this, too; large masses like air and clouds are the focus of the models they use to monitor Earth’s atmosphere.

Easy to miss against the blue sky are the tiny liquid droplets or solid particles floating by—also known as aerosols. Though often invisible, they’re crucial to the way our atmosphere works. Every parcel of air around you is filled with hundreds of aerosols. They might act as the seeds that sprout clouds. Or they might come together as city-choking smog.

Aerosols remain one of the most poorly understood aspects of Earth’s atmosphere, but it’s clear that they don’t just drift through the atmosphere without consequence. As the sun drives the winds that bear aerosols, its light can also break them apart. Moreover, light can bend through an aerosol as though it’s passing through a lens, speeding up the destructive process.

Scientists have observed that last effect in detail for the first time, as they report in a paper published in Science on April 15. These processes—how sunlight affects and breaks down aerosols—are crucial for understanding how pollution works.

This process can have major effects on an aerosol’s chemistry, “and the reactions can happen faster in some parts of the particle than in others,” says Pablo Corral Arroyo, a chemist at ETH Zürich in Switzerland and one of the Science paper’s authors.

You may recognize aerosols as vectors for transmitting the coronavirus—but that’s just one subtype of them. Ninety percent of aerosols are natural, like sea salt and volcanic ash, made by processes that have existed long before humans. But others are our fault: vehicle emissions, soot from burning plant material, and dust that machines kick up into the air.

Studying aerosols isn’t entirely new. In particular, scientists knew that sunlight can decay aerosols by breaking and shrinking them. Light—particularly the sun’s ultraviolet light—gnaws at the chemical bonds holding these molecules together. That might cause an aerosol to become smaller or its contents to decay into other substances.

[Related: Tiny air pollutants may come from different sources, but they all show a similar biased trend]

But only now are scientists beginning to understand that aerosols can behave in nuanced ways with large effects. “We have to be careful how to treat tiny objects floating in the air. It cannot just be treated as similar to bulk water, to bulk liquids,” says Christian George, an atmospheric chemist at Université Claude-Bernard Lyon 1 in France who wasn’t a member of the research team.

For instance, something that scientists are only now understanding is that particles act like lenses, magnifying and amplifying the light that passes through it. This decay is accelerated, too, if the aerosol is made from certain materials. Scientists knew this happened: In previous experiments, they’d trapped small dye-containing particles in light and watched them break down. They found that as particles got smaller, the dye decayed more quickly.

But trying to observe how this effect actually works, trying to look inside a droplet and see an accelerated reaction play out, is difficult. A particle has to be just the right size to see inside: Too large and it will be too big for the tools to see it—even when using an X-ray microscope, as these researchers did. Too small, and the differences in chemical composition will be too minute to see.

Corral Arroyo and his colleagues blasted iron(III) particles with ultraviolet light for hours on end. Meanwhile, they carefully observed the particles with an X-ray microscope. The X-rays allowed them to see what parts of an individual particle—less than a hundredth the width of a human hair—were reacting and when.

“This is what really allowed us to follow the chemical composition in different parts of the particle,” says Corral Arroyo.

Now that they’ve seen how light degrades particles from the inside, the chemists might try to sort out how light behaves in different types of aerosols. Not all particles and droplets are equal when it comes to basking and breaking up in sunlight. Black carbon soot from burning charcoal and other dark particles tend to absorb light, rather than let it ping around within.

Sea salt and many aerosols of organic origin, on the other hand, will experience accelerated reactions. Knowing that this happens in particles has a major impact on the models scientists use to understand how pollution behaves.

“If you really want to have precise models, you will need to take into account these effects,”  Corral Arroyo says. “Otherwise, your model just does not work properly.”

Indeed, most current atmospheric models primarily focus on large masses of air or water. “What this paper is really showing is that we cannot proceed as we are currently doing,” George says. If effects like these are important—and the study authors say they are—then it is a sign that those models, critical to everything from weather prediction to understanding climate change, are incomplete.