Pollution is causing the ocean to spew more iodine into the air, impacting cloud coverage and the atmosphere. 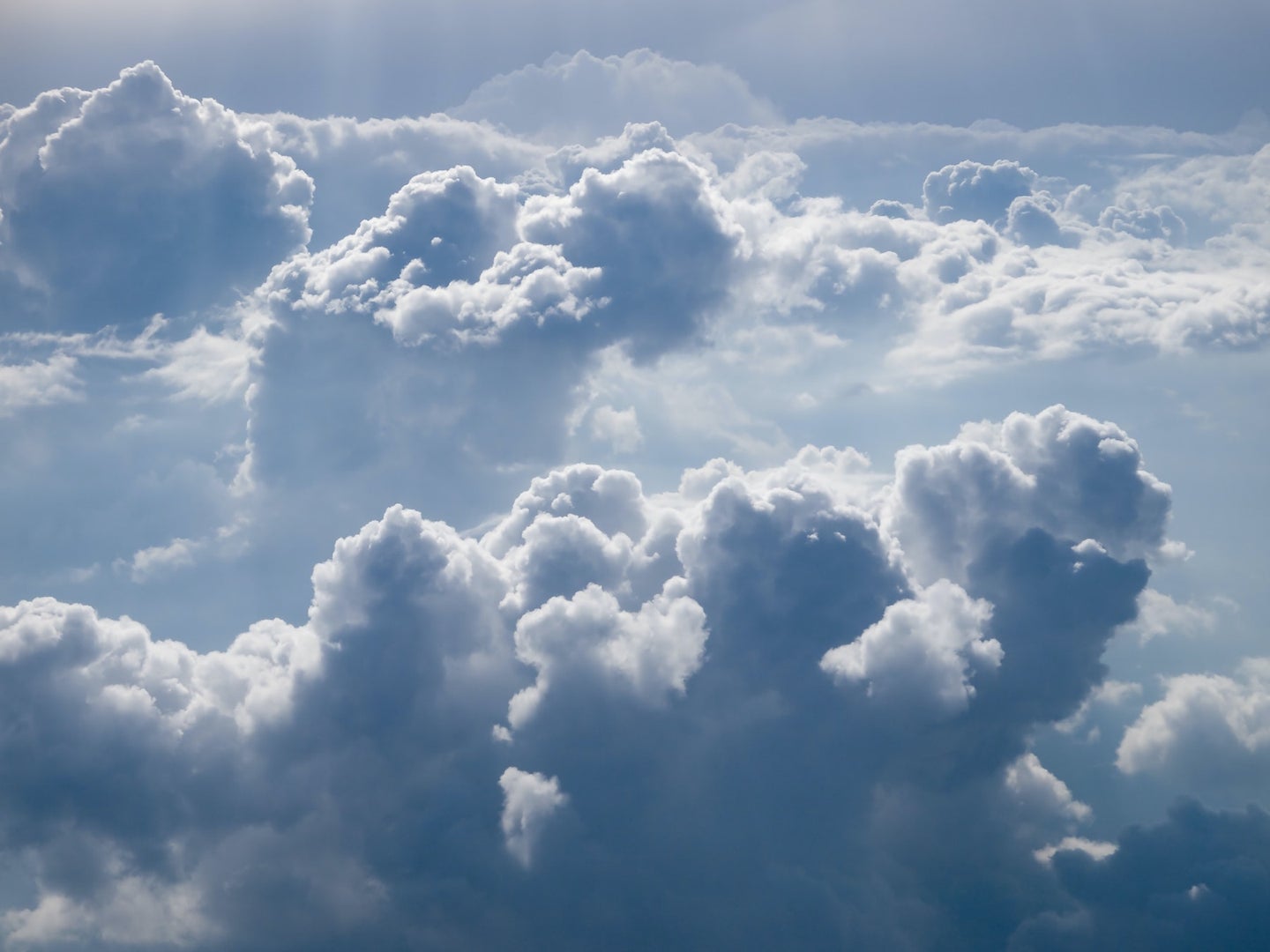 Every dark cloud has a silver lining. At any given time, about 67 percent of Earth’s skies are covered with them.

In comparison to what we know about other aspects of Earth’s atmosphere, scientists still know relatively little about how clouds form. Now, an international group led by researchers at the University of Colorado Boulder has found that iodine—a naturally occurring chemical element—contributes to increased cloud cover and eats away at the ozone layer, the thin part of Earth’s atmosphere that absorbs nearly all of the sun’s harmful ultraviolet rays. Their research, published November 14 in the journal Nature Chemistry, details a new link between sources of iodine, how they’re emitted into the atmosphere, and how it helps clouds form and grow.

“Predicting accurately where, how, and how many clouds will form is extremely difficult,” says Henning Finkenzeller, lead author of the study and now a postdoctoral student at the University of Helsinki. “It’s one of the major uncertainties in today’s climate models.” Taking a closer look at clouds can be a vitally important approach to helping find solutions to climate change, Finkenzeller says.

However, the first step is understanding the various intricacies of our climate system, including the role elements, like iodine, might play in clouds and the atmosphere. Many people are often taught a simplified version of the cloud formation process: clouds form when water vapor turns into liquid water droplets, which results in many different species—or categories—of these white wisps. But the process is actually a bit more complex than that.

To get a better grasp at how clouds coalesce, it’s worth knowing that all living organisms have some trace elements of iodine inside them. In humans, for example, iodine helps create hormones that control the body’s metabolism and supports bone and brain development during pregnancy. After the 1986 Chernobyl incident, there was even an effort to distribute potassium iodide pills with the hopes of warding off the negative health effects of radiation. But while iodine has been studied for hundreds of years in water solutions, it’s only in the last two decades that scientists have made strides in learning how its gas phase can influence the behavior of Earth’s atmosphere. The team’s study details which chemical reaction in the gaseous state transforms one form of iodine into a chemical compound called iodic acid, which has a catalytic role in atmospheric particle formation—when molecules in the air corral together to form cloud droplets.

“You cannot form a cloud droplet from condensing pure water,” says Rainer Volkamer, co-author of the study and a professor of chemistry at the University of Colorado Boulder. “You need a kind of seed, a particle on which water then can condense to kind of form a cloud droplet.” That seed, he says, is iodine, as the element contributes very efficiently to the formation of those essential particles.

Most of the iodine found in the atmosphere comes from the ocean, where it exists as iodide, a reduced form of the element that can also be found in table salt. But the element’s presence in the atmosphere has increased in the last several decades due to how the ocean is responding to atmospheric pollution. “This natural source of iodine is about three times as large today as it was only 70 years ago,” says Volkamer. More clouds in the sky may not sound particularly harmful, but increased cloud cover could worsen the thinning of arctic sea ice. According to NASA, arctic sea ice is shrinking at a rate of about 12.6 percent per decade as a result of global warming. And that’s before taking into account iodine’s depleting effect on the ozone layer.

But to study their theory further, the team was part of a collaboration that conducted an experiment called Cosmics Leaving Outdoor Droplets (CLOUD) at the European Organization for Nuclear Research (CERN), where they tested different combinations of near-atmospheric conditions to watch how particles formed and evolved. Later on, they also tested their findings at Maido observatory at Réunion Island, a remote island east of Madagascar. “There’s not so many places in the world where one can study how the atmosphere is not influenced [by] humans,” says Finkenzeller. There, members of the team spent 10 weeks using all types of scientific instruments to characterize different molecules on the island. Eventually, they concluded that this real-world data did indeed match up with their laboratory results.

Overall, Finkenzeller notes that iodine is neither a good nor bad chemical element. How humans continue to interact with it, however, will be one of the deciding factors in how strongly iodine will impact Earth’s future, for better or worse.