Studies like these are crucial for public health officials and lawmakers, but future funding for them looks bleak. 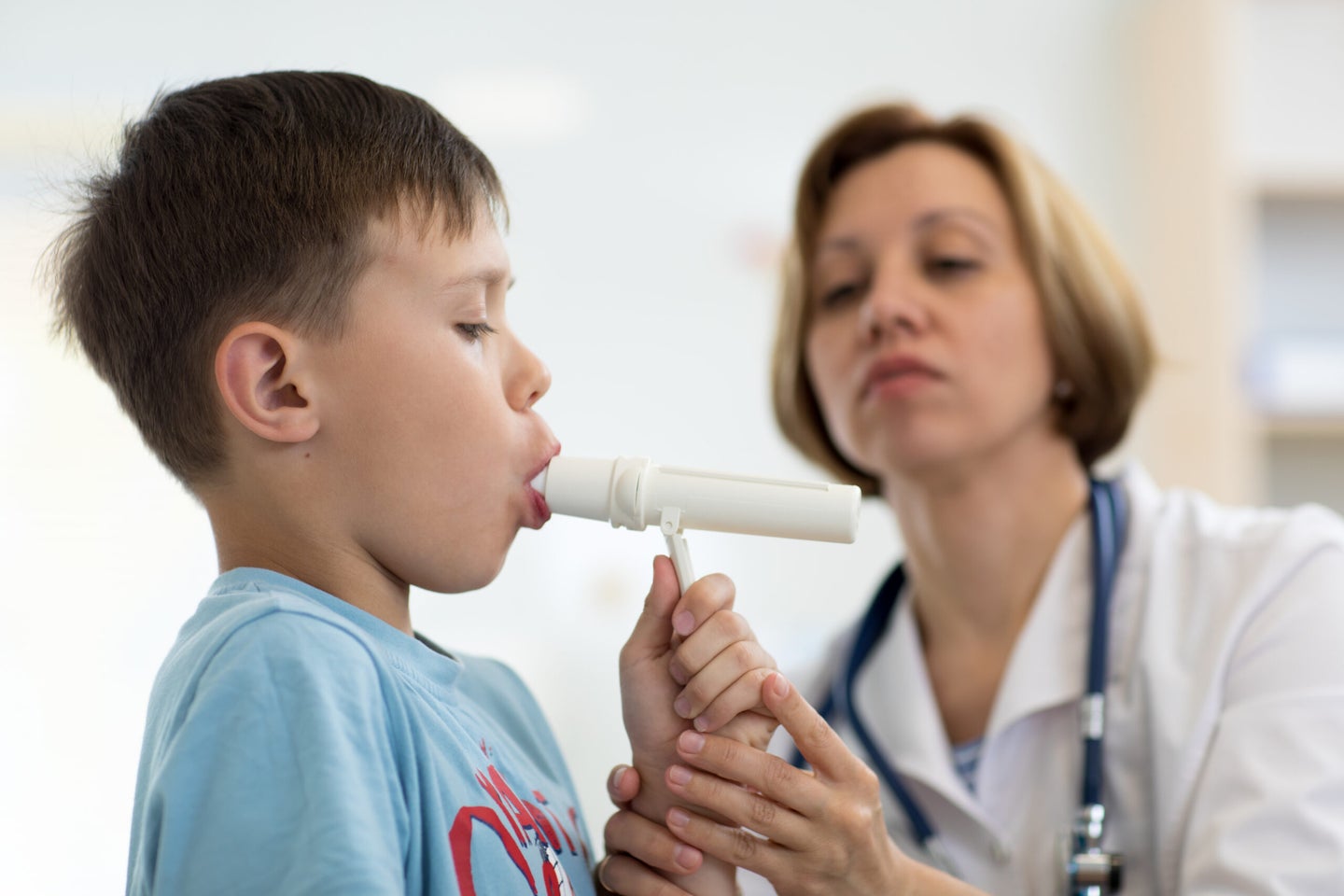 Over the past few decades, strict emissions and clean fuel rules in California have helped improve air quality, driving down levels of harmful pollutants like nitrogen dioxide and particulate matter. And, as air quality went up, fewer kids were diagnosed with asthma, according to a new study published in the Journal of the American Medical Association.

“It’s a nice quantification of the public health benefits of cleaner air,” says study author Erika Garcia, a postdoctoral scholar in the department of preventive medicine in the Keck School of Medicine at the University of Southern California.

The team leveraged data from the Southern California Children’s Health Study, a longitudinal research project that collected data on thousands of children in Southern California over the course of more than a decade, to track changes in asthma incidences as air quality improved. Air pollution levels were monitored in each of the study communities, and questionnaires tracked changes in the participant’s health. The analysis included over 4,000 children that spanned nine Southern California communities. Each kid was in one of three waves of the study: 1993 to 2001, 1996 to 2004, and 2006 to 2014.

They found that, as levels of nitrogen dioxide and particulate matter in the air went down, the number of children who developed asthma went down, too. “As the air got cleaner, the rates of asthma went down,” Garcia says. On average, the researchers found a reduction in total asthma rates around 20 percent. The findings are consistent with previous research showing that both nitrogen dioxide (which contributes to smog, and is released by cars and burning fossil fuels) and particulate matter (which is also produced by burning fossil fuels, and is small enough to sneak deep within the lungs) are associated with asthma.

Because the study tracked children in the same location over a period of time, it was able to directly compare kids who grew up in, for example, San Dimas between 1993 and 2001 to kids who grew up in San Dimas between 1996 and 2004. One concern with some other research on air pollution, Garcia says, is that it often compares one location that has clean air to a completely different place with less clean air.

“Here, we’re making comparisons within the community,” she says. “There are factors we know change between communities, and we’re controlling for them because we’re comparing in the same community. It’s really nice data in that way.”

Asthma is the most common chronic disease in children, and is a lifelong condition that is associated, down the line, with other illnesses including mental health problems. That’s why it’s an important benchmark to track and its equally vital to watch policies that either help control or allow for more air pollution. “By contributing to the onset of disease, air pollution has a big effect on children and families,” Garcia says.

Decade-long studies like this one are key to providing researchers and lawmakers a full picture of the problems with environmental hazards like air pollution.

Unfortunately, there may be fewer of these vital studies going forward. The Environmental Protection Agency (EPA) plans to not renew funding for facilities conducting these long-term children’s health studies across the country, Nature reported last week. The Southern California site tracks air pollution and cardiovascular outcomes, but other programs have spent 20 years researching a wide range of environmental pollutants, including pesticides and diesel exhaust.

The EPA’s reported decision to end funding comes along with other rollbacks in air pollution policy, including weakening of rules that limit industrial emissions, and plans to limit the scientific evidence the agency needs to make decisions around air pollution regulation. This week, The New York Times reported that the agency plans to change the methods it uses to calculate predicted deaths from air pollution to drive the number down.

Those changes come despite continued research on air pollution’s health effects—not just increased asthma rates in children, but also connections to cardiac disease, fertility, and cognition. Broadly speaking, in California, there have been successful efforts to reduce air pollution, which come along with the health benefits seen in this week’s study, Garcia says. However, she notes, the work isn’t done. Levels of pollutants have gone up in Southern California in the past few years. “There’s a benefit to reducing pollution and cleaning air, and air quality improvement can have large impacts and benefits for all communities,” she says. “We have to remain vigilant.”