Air pollution in New Delhi is literally off the charts 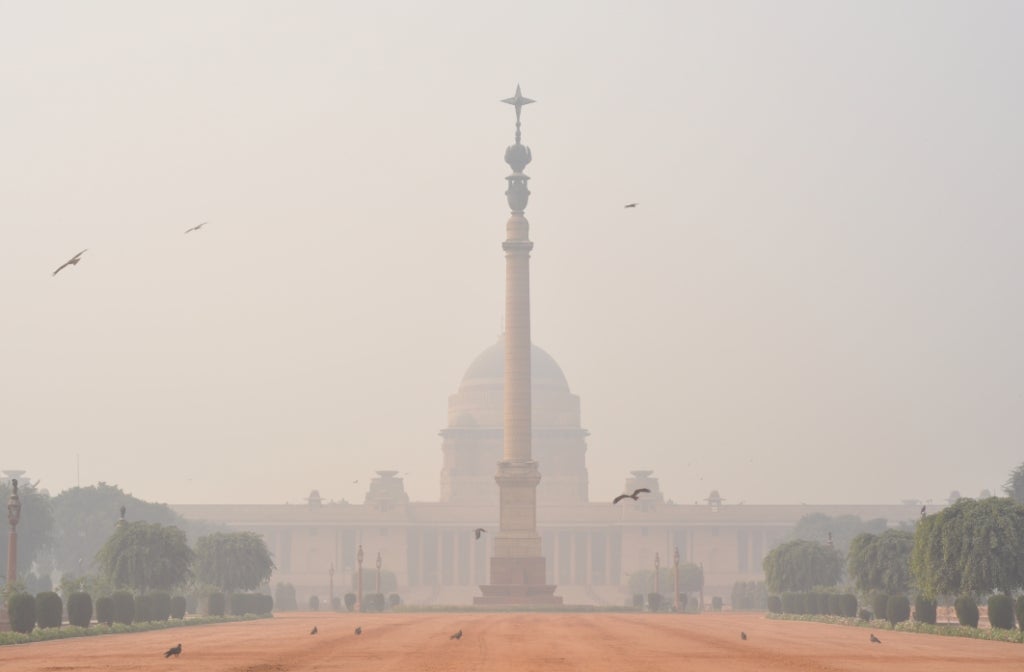 New Delhi, India failed air quality tests in a big way this week: Measurements taken all cross the city by the New Delhi US Embassy showed hazardous smog levels that ranked as “unhealthy”, “very unhealthy” and “hazardous” on the Air Quality Index (AQI). But parts of the city managed staggering scores as high as 999. That number is troubling even without context, but it’s actually off the charts—the top AQI rating of “hazardous” is achieved at just 500. CNN reports that Baoding, the most polluted city in China, had an AQI level of just 298 during the same week.

With smog nearly twice as bad as “hazardous” in some areas, New Delhi has closed some 5,000 schools for the next several days to protect children from the toxic air. The particles that form smog cause irritation to mucus membranes at best and can even enter the lungs, heart, or brain and cause permanent damage. UNICEF recently estimated that around 600,000 children under the age of five are killed by air pollution globally each year.

The New York Times reports that New Delhi’s current particulate levels are as dangerous to the city’s 20 million residents as smoking more than two packs of cigarettes every day.

“There is so much smog outside that today, inside my house, I felt as though someone had just burned a few sheets of paper,” resident Amaan Ahuja told The New York Times. “You can literally see smoke in the air, and when you breathe, you can smell it, too.” Even with air purifiers, many say, particulate levels inside their homes remain well above safe levels. A survey taken by the Associated Chambers of Commerce and Industry of India showed that around 10 percent of the city’s workforce have called in sick because of respiratory problems.

But while the spike in air pollution in New Delhi—which may be due to farmers burning fields after harvesting their crops combined with the car traffic and firecracker smoke of late October’s Diwali celebrations—is particularly troubling, people are suffering all over the country. The India Times reports that nearly 100 Indian cities have failed air quality tests since 2011.

Some worry that the worsening air pollution in New Delhi and the rest of India will soon take a toll on the country’s economy. Bloomberg reports that environmental degradation costs India $80 billion per year, which is nearly 6 percent of the country’s GDP. Absent workers may increase if air quality does not soon improve, while school closures and temporary restrictions on construction, coal-fired power plants and driving could cause losses in all manner of industries.

The worst of New Delhi’s current pollution should dissipate soon. But Delhi Chief Minister Arvind Kejriwal said on Sunday that the city might be forced to ration private vehicles if the air stays hazy.