This week, Google pushed out its multi-step smart home actions you can start with a simple voice command. 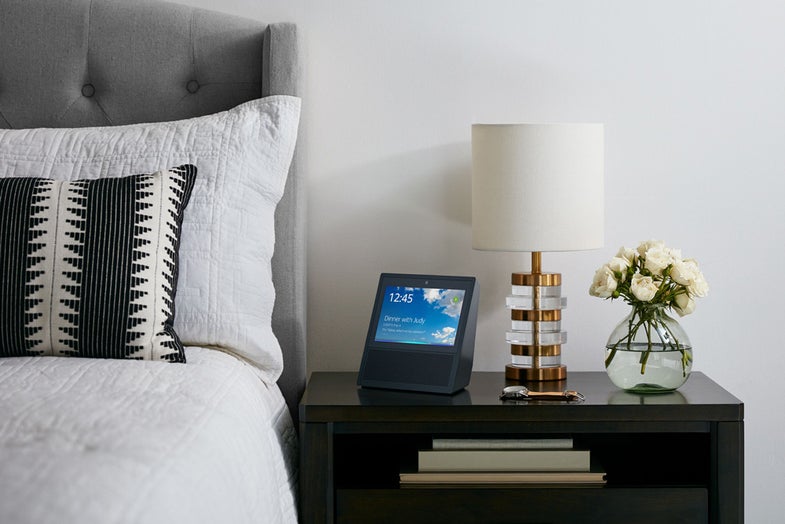 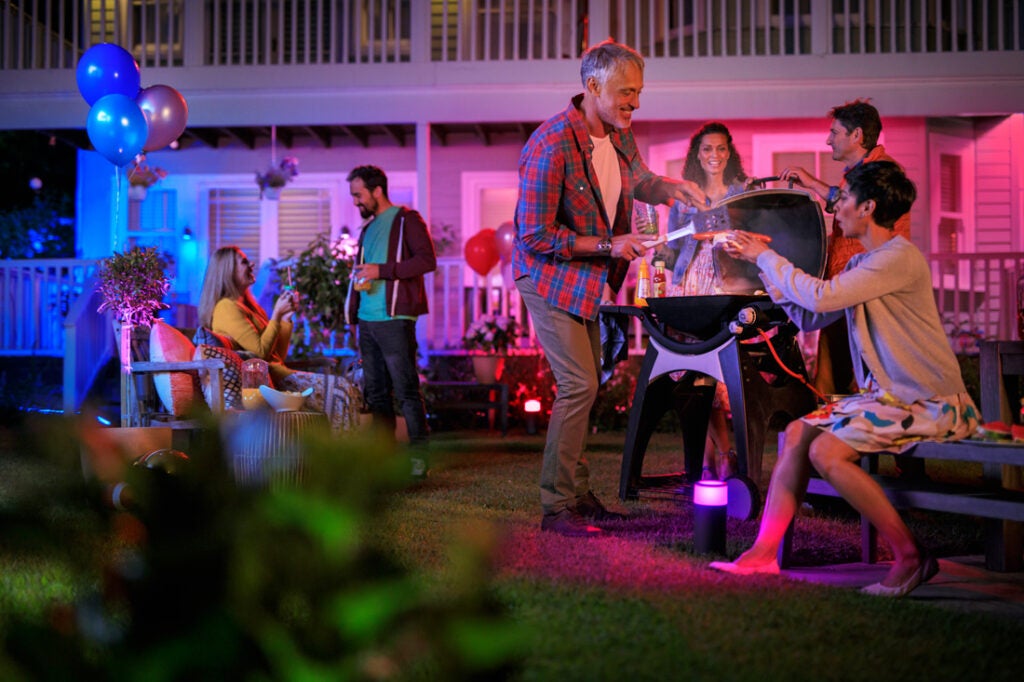 These folks are using the Apple Hue lights, which are compatible with just about every smart home platform you can throw at them.

Shouting commands at your smart home devices is supposed to be easier than flipping physical switches—you don’t even have to get up off your couch. But, the whole experience often still feels too segmented. If I want to turn off specific Philips Hue lights in my house without going through the trouble of assigning them to a group or zone, I have to shout repetitive commands like the loudspeaker at the airport.

This week, however, Google pushed out the Routines functionality for the Home platform, which allows for multi-step processes that fire with the prompt of a single voice command. The release comes roughly five months after Amazon pushed out a similar Routines feature to its Alexa-based Echo smart hubs. Apple’s Home has similar capabilities called Scenes baked into its Home app.

Here’s a look at how these multi-step routines work on the various platforms, as well as a few workarounds in case they still don’t do what you want.

Right now, there are six different Routines you can enable in Google Home:

You can get a full rundown of what each one does in its default setup on the official Google help page. “Good Morning” for instance, takes your Android phone off silent mode, turns on smart devices like plugs, tells you about customizable information like weather, traffic, or your calendar, and then plays music, the radio, or even a podcast as the soundtrack for getting ready.

The Routines also tie into the Google-owned Nest thermostat, so you can set it to warm up or cool down, depending on what part of your day it is.

In order to set up Google Home Routines, you’ll have to use the Google Home App. You’ll also need the app to initiate the commuting-based Routines, which makes sense since you’re going to be on the road anyway.

One nice advantage for the Google Home routines comes from the fact that Google can recognize different voices and sync them to individual Google accounts. So, if you and your partner or roommate have different morning routines, the device will recognize who is speaking and take the correct action. 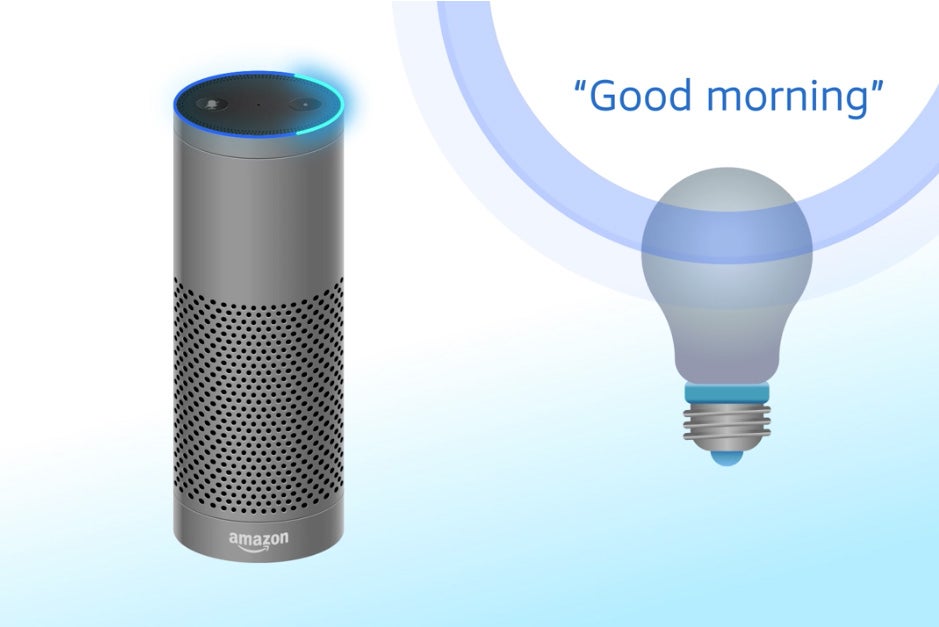 Saying “good morning” to a speaker and light bulb never made so much sense.

Alexa has been triggering routines since last fall, so the service has had a little time to mature and grow. It has pluses and minuses when compared to Google’s system.

One of the big boons for Alexa is that the Routines are customizable. You can create custom smart home recipes that don’t have to remain tied to predetermined commands or arrangements.

Like with Google, Alexa’s Routines are a mixture of information and smart home control. So, you can easily make a custom morning sequence that turns off the smart plug powering your white noise machine, turns up your thermostat, and gives you information.

You can set the Routines to repeat on a daily basis, or on specific days, so if you want to use it as an alarm and wake up everyday for work, but not on the weekends, you can do that.

While the customizability is a success in some areas, it falls a little short in others, mostly due to compatibility issues. You can’t, for instance, have Alexa start playing music after your briefing is over. You also can’t integrate things like audiobooks into your Routines, so your “Alexa, read me a story” command won’t create the cozy listening atmosphere you want just yet, at least without a few voice commands. You also can’t trigger skills developed by third parties as part of a Routine for the time being. 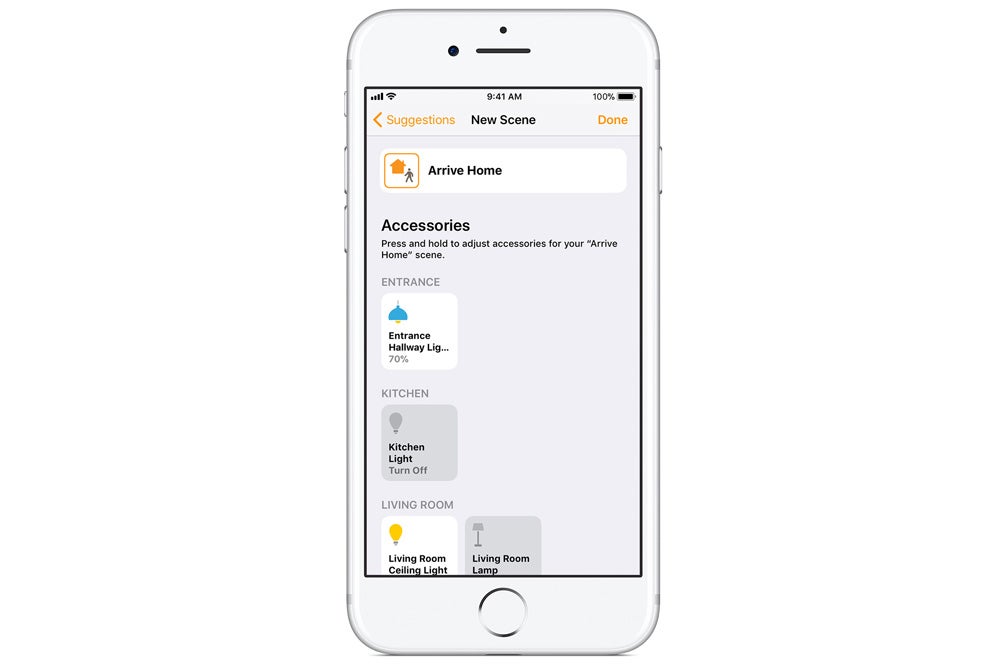 Apple’s Home app is the command center for its Scenes.

Siri and company over in Cupertino were grouping smart home commands together as part of the HomeKit platform before Google or Amazon. In order to enable this function, you have to create a scene in the Home iOS app by dragging and dropping icons for compatible devices into groups. Assuming you have all your devices setup properly and connected to Wi-Fi, it’s a very simple implementation.

You can trigger scenes with a tap in the Home app, or by asking Siri to set things in motion for you. Siri still can’t tell the difference between users’ voices, however, so you have to set them up separately for each.

The Home platform does a solid job allowing you to arrange your devices into separate rooms and zones, which you can use to specify where commands take effect. So, if you made an “I’m home” scene, you could turn on the lights by the door to see what you’re doing.

In terms of hardware, Apple is in a different situation than Google or Amazon, both of which primarily rely on dedicated home hubs and speakers, like the Google Home speakers or the ever-expanding line of Amazon Echo devices. Apple only offers the $350 HomePod as a dedicated speaker, but the company also deputizes other devices like the Apple TV to act as hubs for smart home control. 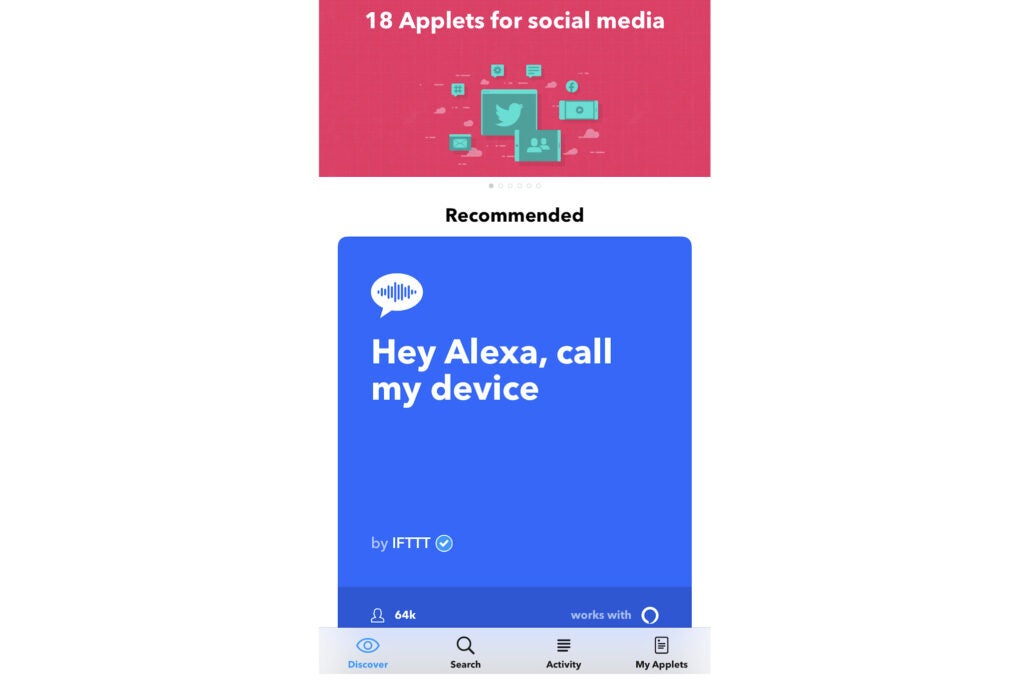 The If This Then That app allows you to make actions out of devices and services that may not be otherwise compatible.

What if none of these do what I want?

Synergy between devices will improve as we go forward, but if you want an action now and it’s not specifically supported, check with a service called If This Then Than, or IFTTT (Android, iOS). It’s an external platform that creates recipes from individual actions. So, if you want to have your lamp send a tweet to your followers every time your turn on the lights, you could do it if you wanted to.

This is a good solution if you want to integrate Alexa skills into more complex actions, or you want to rope in third-party services like social media sites.

Staying up to date

While your options are still somewhat limited at the moment, especially compared to the fully-automated, robotic smart homes of your dreams, the companies are constantly adding new functionality in order to try and rope users into their platforms. Keep your respective home apps updated and check the support pages from time to time to check for new stuff.