Here are all the new Alexa-powered gadgets Amazon just announced

Now there's Alexa in almost anything you can think of. 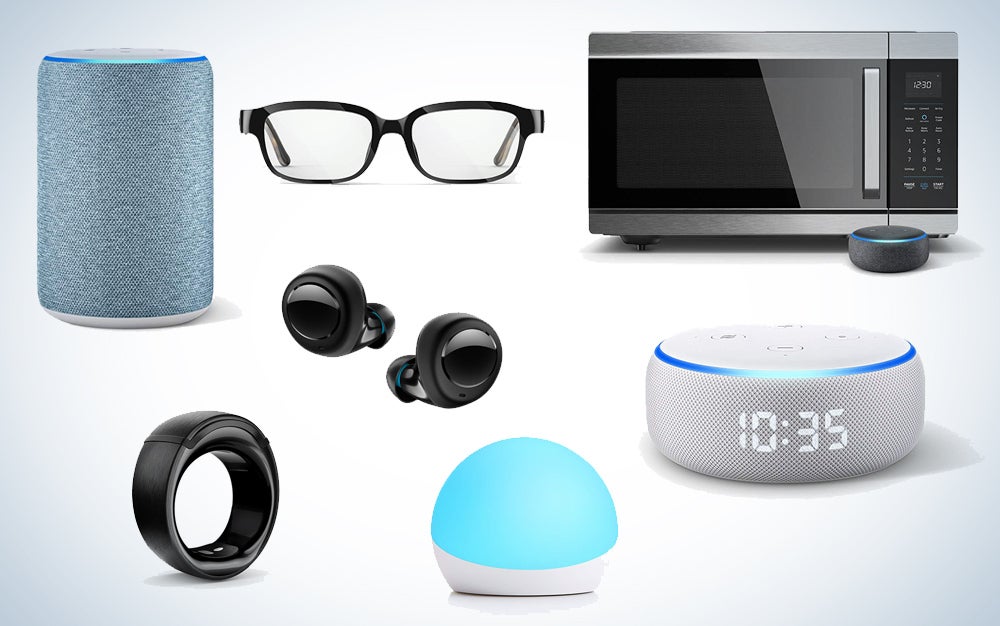 Some companies carefully hone their product lines down to a refined list of purpose-driven products that serve specific audiences. Then, there’s Amazon. Yesterday, the online retail mega behemoth loaded up its commerce cannon with new goods and features and fired it into the consumer marketplace like confetti at a sporting event. The sheer volume of announcements can make it hard to tell exactly what’s new, so here’s a tallied list of all the new items. We’ll start with the Alexa-powered Echo devices because they’re the most straight forward, then things get a little weird.

Personally, I think this is the most interesting product in the new releases because it addresses a hole in the Echo lineup. The Echo Studio is a powerful smart speaker designed to compete with products like the Google Home Max or third-party speakers like the Sonos Move. For just $200, the Echo Studio brings three 1-inch tweeters, two midrange speakers, and a 5.25-inch woofer, all of which combine to pump out Dolby Atmos audio. You can pair them together and it even has a built-in Zigbee hub to control smart home gadgets. It also has built-in adaptable audio tech that allows it to listen to its own sound performance and adjust on the fly to make itself sound better.

We’ve heard rumor of Amazon’s own answer to the AirPods for months, but now they’re official. The $129 Echo Buds have a 15-hour battery as well as a charging case that holds enough juice of its own to power up the Buds three full times. They use active noise reduction from Bose and allow users to talk to Alexa without having to touch the headphones or summon it through an app. Last Prime Day, Amazon sold more than a million pairs of headphones, so it only makes sense that it would get in on that as much as it possibly can.

It may not sound like a huge update, but adding a digital clock display to the $60 Dot is a great idea. The rest of its functionality hasn’t changed much, but now an LED display on the front of the devices tells you the time. Yeah, you can get the time from your phone, but there’s benefit in not having to open your phone and risk getting sidetracked into the evil carnival of the internet.

The smart screen battle has turned into a war for consumers’ kitchens. The Echo Show 8 is an 8-inch smart display that does pretty much the same thing as the smaller Echo Show 5 and the larger Echo Show 10. Amazon has added more kitchen-specific features now, including tight integration with the Food Network’s Kitchen subscription service. You can watch cooking show episodes on the device, then ask Alexa to save specific recipes you see. So, you’ll never forget how to make Guy Fieri’s Deep Fried Pizza Meat Ball Rocket Launchers With Explosion Sauce ever again. That $129 price is also notable for its cheapness, especially if it drops to $99 or even $109 for Black Friday or the holidays.

With all the new additions to Alexa’s ever-growing family, it’s easy to forget about the original smart speaker. The Echo stays at $99, but it now employs a 3-inch woofer to close the gap in sound quality between it and the upmarket Echo Plus. The original Echo also got a new fabric design, which is attractive in a way that you’ll probably just forget it’s there after a couple of days anyway.

Are there still spots in your house that don’t have Alexa? Well, not anymore. The Flex costs just $25 and plugs into a standard outlet. It has a built-in USB port so you can charge a smartphone from it or plug in USB-powered accessories like a night light. Its primary function, however, is to work like a regular Echo. It has a built-in microphone and a tiny speaker so you can talk to the walls with maximum efficacy.

This isn’t a smart speaker, and it doesn’t even include a microphone. This Alexa companion provides a color-changing light that you can tap to cycle between hues. It can also pulse in lively patterns to create a dance party. It’s only $30 and it’s the kind of thing that kids will get extremely stoked about. Amazon is going to sell a bunch of these.

Outside the normal purview of the Echo products, Amazon released a few interesting outliers designed to fill every crevice in your life with Alexa functionality. The $179 Echo Frames are smart glasses that don’t look much different than any other pair. There’s no camera or display—it’s not meant to be Google Glass or do any kind of augmented reality—but the Frames include an array of beam-forming microphones and directional speakers that allow you to talk to Alexa. They’re compatible with prescription lenses, too, so you’ll soon have no excuse but to have Alexa physically touching your body at every single waking moment.

Don’t need or want glasses? What about an Alexa ring to wear on your finger? The Echo Loop has a pair of microphones and a hilariously tiny speaker built into it. Hold it up to your face to talk to Alexa. It’s water-resistant and a built-in haptic feedback system buzzes to tell you when someone is calling or you have a notification. It costs $129, which seems lofty for its niche use case, but not as bad in light of the engineering it takes to make components this tiny.

Not every Alexa-device has to have a smart hub built into it. Like the infamous Alexa Microwave that came before it, Amazon’s new Smart Oven requires a hub to tell it what to do. The $249 price includes an Echo Dot, just in case you don’t already have one in your home. The Oven itself has air frying capabilities, as well as amazon’s Scan to Cook tech. If you’re preparing packaged food, you can scan the barcode with Alexa and the oven will automatically dial in the correct settings.

Instead of starting from scratch to make a mesh network router, Amazon bought Eero and roped it into its product suite. The $99 revamped Eero device debuted yesterday and has tighter integration with Alexa, allowing users to ask the network to pause the connection to specific devices. It’s also part of Amazon’s increased emphasis on making gadgets easier to set up. The company claims it takes just 10 minutes to go from box to spraying internet all over your house.

For just $59, Amazon’s new Ring camera will keep watch over any room in which you stick it. As part of Alexa’s new Home Mode, you can ask the digital assistant to pause recording in specific locations in case you’re carrying in all of the family’s holiday gifts from the car or nude panic running through the living room because you forgot to grab a towel before your shower. The camera draws power from an outlet, or you can stick a battery in it if you don’t want to run a cord down the wall.