Smart speakers make tricky gifts, no matter how cheap they get

Google Home Minis and Echo Dots are really cheap this holiday, but they're complicated gifts. 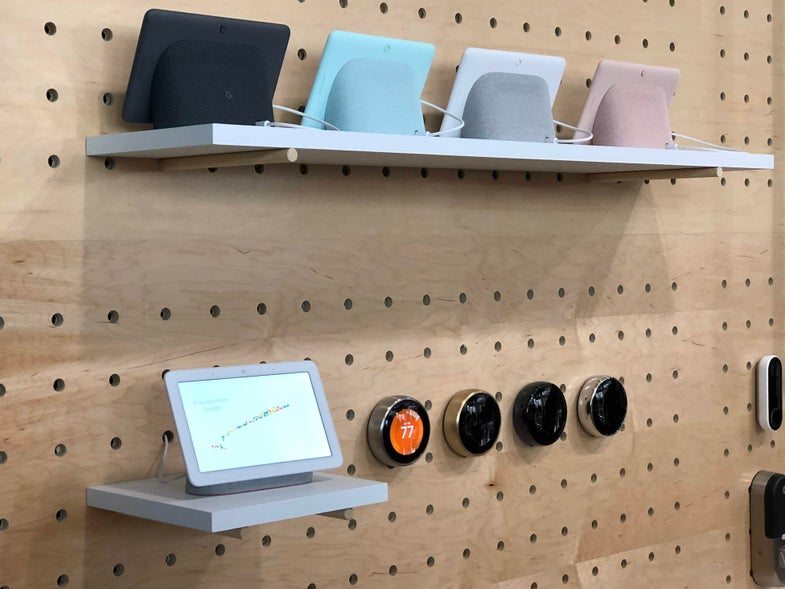 Shoppers bought roughly 25 million smart speakers in 2017, with about 11 million of those sales coming during the quarter that contains the holiday shopping frenzy. Price drops were a huge contributor to the boom—base models like the Google Home Mini and the Amazon Echo Dot fell as low as $30.

This year, somehow, smart speakers are even cheaper. We’re barely into November and Target has already revealed its Black Friday ad, complete with a Google Home Mini for just $25. Kohl’s, on the other hand, will be selling the redesigned Amazon Echo Dot for the same price. That’s cheaper than two movie tickets. In fact, it’s cheap enough that you can totally get one for your office Secret Santa—you know, that guy from the accounting department that you’ve only talked to maybe twice in your life.

But tempting as it may be to get someone a full-fledged gadget as a casual gift, it’s not the best move, unless you really know what you’re giving and who you’re giving it to.

Here are some things to consider before you give the gift of a digital roommate who will never want to leave.

At the end of Q2 2018, 25 percent of U.S. households already had at least one smart speaker in their home. And 40 percent of those homes had more than one smart speaker in the house already. The mix is primarily Google Home and Amazon Echo devices with some Apple HomePods thrown in, though we don’t know exactly how many of Apple’s great-sounding-but-limited-and-expensive speakers are out there.

Some predictions say half of U.S. homes will have smart speakers by the end of 2018, so there’s a good chance the smart speaker you gift won’t be the receiver’s first. And if you don’t know which one they’re already using, your gift could be like buying someone a PlayStation game when all they have is an Xbox.

Many smart home products try for true platform agnosticism so they can play nice in any connected house—and some pull it off. Philips Hue—a line of connected lighting that has become a de facto smart home starter device—will work with pretty much any assistant you want to connect to it. Other devices, however, aren’t as flexible. If you want to get the full experience out of a Nest thermostat or camera, for instance, the Google Assistant is a better choice because, yup, Google owns the company.

Smart locks, like those from Yale, also often align themselves with a single platform and don’t work across brand lines. You can keep several assistants online at all times in your home if you want—I do this for product testing purposes—but I can tell you from experience that it’s not a great user experience to have to remember which one of the invisible butlers locks the door and which one turns off the lights.

Even seemingly agnostic devices don’t always deliver on that promise. The Sonos One, for example, is one of the best-sounding models on the market and promises to work with both Alexa and Google Assistant. The company recently announced, however, that Google Assistant compatibility isn’t coming until 2019 now.

If you’re set on a smart speaker as a gift, it’s worth trying to find out if they already have one so you can give them something they can actually use with their current setup.

It’s not a stand-alone gift

Even if you’re lucky enough to get someone their first smart speaker, it’s a gift that comes with strings attached. Out of the box, a Google Home Mini or Echo Dot can do some nifty tricks like telling you the weather or playing trivia or memory games.

If you want a smart speaker to live up to its musical potential, however, it will require an extra subscription to a service like Spotify or another streaming provider. And if you buy a Google Home for someone who’s already using Amazon Music to stream, then they’re out of luck as the two are incompatible. And Apple’s HomePod only works with, you guessed it, Apple Music.

The same goes for hardware. Surveys have found that as many as 70 percent of people who own one smart home gadget plan to buy another. Locking them into a system influences those future decisions.

People still have trust issues with some digital assistants

According to an Accenture survey earlier this year, roughly 20 percent of people are actively avoiding putting a digital assistant in their home due to privacy concerns. And 48 percent of the respondents said they thought the devices were constantly listening to them so they could funnel personal information to marketers. (NOTE: you may want to say that they def only listen for the wake word…)

Beyond privacy, there are also security considerations. With Alexa, for example, Amazon hopes users will input credit card information for making purchases. Parting with that kind of personal information still stresses users out, especially when they’re feeding it into a machine they got as a gift and may not know much about.

They can be a good gift if you do your homework Despite all those caveats, a smart speaker can make a good present if you put in the work first. Try to get a general sense of the person’s feelings about smart homes. If they’re particular about privacy, it may be a non-starter. If they’re already using one, find out what platform they’re using.