How to choose the best smart speaker

With different sizes, prices, and capabilities, there’s surely one out there for you. 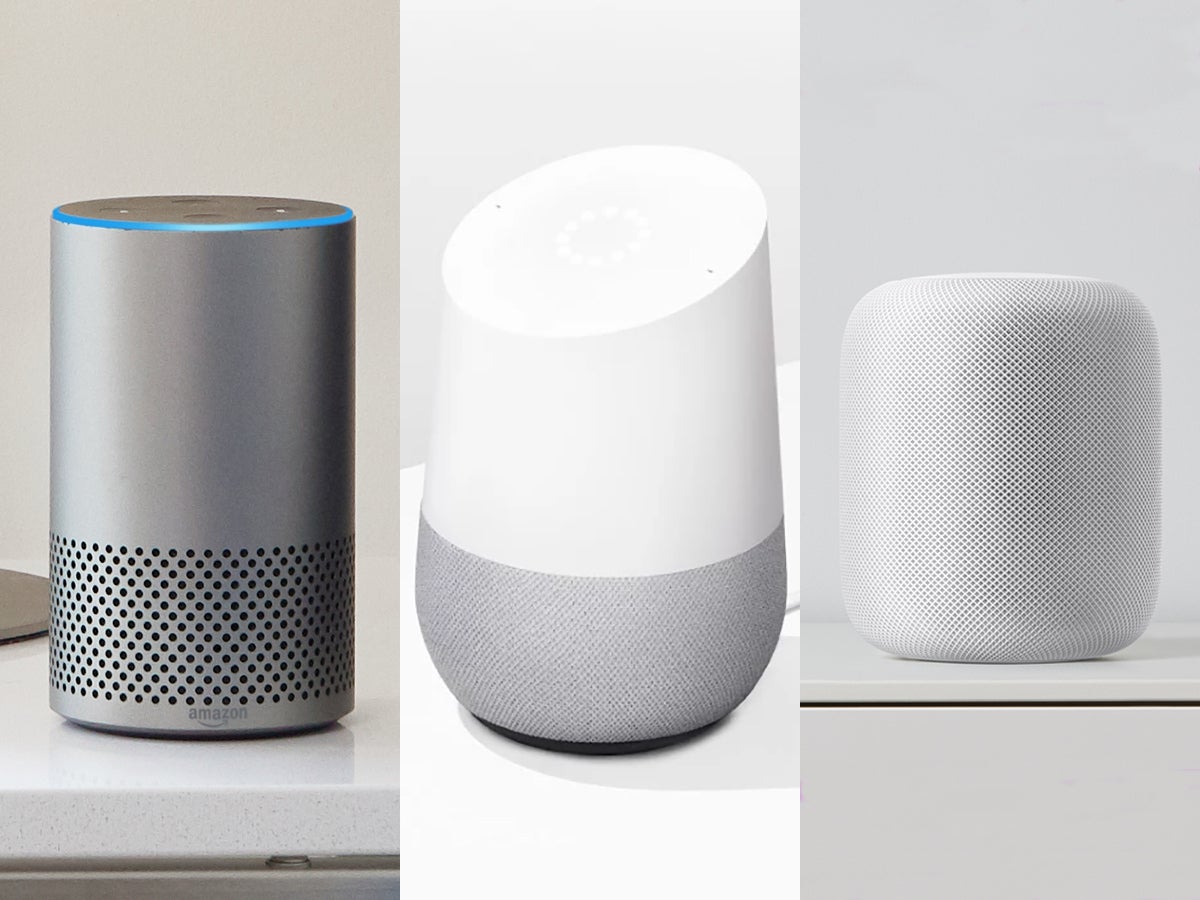 So you’ve decided to upgrade your home with a smart speaker. Good for you. But if you thought it was just a matter of choosing which Amazon Echo you prefer, think again. These days, it’s probably easier to list the tech companies that don’t sell their own smart speakers, so the sheer amount of options can be overwhelming.

After the Echo hit the market in 2015, the Google Home (now rebranded as Google Nest) followed a year later, and in 2018, Apple’s HomePod debuted in the stores. And that’s only the bigger companies—even speakers from third-party manufacturers, like Sonos, come with support for Amazon Alexa and Google Assistant voice commands.

That’s a lot of speakers to choose from. The good news is you don’t need to worry about a host of specs or details—just a few key features that will help you choose one smart speaker over another.

In addition to the artificial intelligence it carries—more on that later—a smart speaker has three main specifications you’ll need to consider: size, audio quality, and price. In general, the smaller, lower-priced speakers tend to have lower-quality audio, and as you scale up in size, price and quality increase as well. By examining how speakers match up in these categories, you can narrow down your options.

At the smaller, cheaper end of the scale, you’ll find wee speakers like the Google Nest Mini ($35 from Google) and the Amazon Echo Dot ($35 from Amazon). The quality of their audio isn’t great—they work best when playing spoken feedback and alarms rather than music—but if you primarily want the digital assistant features with a few tunes thrown in, they’ll do just fine.

On the higher-quality, more expensive side, several options focus on audio quality and keep the AI assistant’s smarts as well. Examples include the Apple HomePod ($300 from Apple), the Google Home Max ($300 from Google), the Sonos One ($200 from Sonos), and the Amazon Echo Studio ($200 from Amazon).

Finally, you’ve got the middle ground, populated by the funky-looking Google Home ($80 from Google) and the latest Amazon Echo ($90 from Amazon). Both come in multiple colors and take up about as much room as a large thermos. Amazon also offers another option in this middle range: the bigger, better-sounding Echo Plus ($150 from Amazon).

While sorting smart speakers by their size and price offers a general way of mapping out this particular market, you can also try to determine audio quality by looking at specific features. If you’re looking for amazing sound, check the size and number of internal speakers, including woofers for bass sounds, and tweeters for high sounds.

That said, you can’t determine audio quality from specs alone. To get a better sense of a speaker’s performance, read professional and user reviews and, if possible, check out an in-store demonstration or two.

While size, audio, and price are a great trio of basic considerations, you’ll need to weigh a few other abilities to determine which speaker will best fit your needs. The key question here is: will your new purchase play nice with the products you already own?

If you plan to hook your speaker up to other hi-fi equipment—which is pretty much a requirement for little models like the Echo Dot and the Nest Mini—check the specs to make sure the connection will be compatible. The Echo Dot, which has both Bluetooth and a 3.5-millimeter line-out jack, is more flexible, whereas the Nest Mini can only work over Bluetooth or Wi-Fi.

Smart home enthusiasts should also determine whether their desired speakers will get along with their current or planned setup. Making sure your speaker can command the gadgets you already own or want to purchase is a must. Amazon, for example, provides this list of smart gear that will work with Echo and Sonos One speakers.

For other brands, do your research and check manufacturers’ websites and online forums. Most times, the experience of other users will be a deciding factor when choosing your smart speaker.

While you’re thinking about what you want from your smart speaker, review the bonus abilities that some of these devices boast. For example, families might want to look for products with multi-user support, which gives speakers the ability to recognize different people. This is extremely useful when it comes to delivering appropriate information—if you want to check your schedule, you won’t want the smart assistant to read your dad’s or daughter’s calendar instead.

This feature is available on both the Google Home/Nest and the Amazon Echo speaker ranges, although it’s easier to use on the Google kit. Google’s speakers change users automatically based on the sound of their voice, whereas with Echo speakers you must tell Alexa to switch accounts each time you say a specific command.

Those who need constant background noise will want multi-room streaming—the ability to switch playback from room to room, pumping tunes all around the house as the listener moves. All of the big-name speakers should be able to pull this off, but if multi-room streaming is a priority for you, you should check the specs to make sure. Sonos has a slight edge here, as it lets users control playback from their computers, phones, and tablets, as well as through voice commands.

Lastly, think about getting a speaker with a screen—like the Amazon Echo Show 8 ($100 from Amazon) or the Google Nest Hub Max ($230 from Google). The main reasons you’d want to upgrade from an audio-only experience are if you want to watch video (Prime Video on Amazon devices, and YouTube on Google devices), and make video calls.

Smart display devices also give visual feedback on queries like the weather or your upcoming schedule, so you can see, as well as hear, what’s happening. You’ll also get on-screen controls for certain features—music playback or controlling your smart home devices, for example. They’re typically more expensive than smart speakers, but you’ll get plenty of extras for your money.

Of course, you’re not just shopping for sound quality. A speaker’s smarts are even more important than its audio capabilities, so the on-board AI assistant will also influence your decision. Alexa, Siri, and the Google Assistant are all extremely capable—but that’s actually irrelevant. The more important factor is which company’s ecosystem you’re already locked into.

As you’d expect, tech giants’ hardware offerings work best with other software and hardware from that same manufacturer. Apple users can swap seamlessly between a MacBook and an iPhone, a Google Chrome browser runs Chromebook laptops and interfaces smoothly with the Chromecast streaming device, and Amazon Fire and Kindle users have an advantage if they’re also Prime customers. The same happens with smart speakers—the products you already own may determine which AI assistant you choose.

So if you already chat with Siri or the Google Assistant on your phone, a compatible device will let you carry on the same conversation with your speaker. The same goes for apps and services such as calendars, emails, and web browsers.

And some third-party apps may be more integrated than others. For example, while Google Home lets you seamlessly link a Spotify account, the HomePod only lets you work with Apple Music, although it may add third-party services further down the line.

The Amazon Echo line and other Alexa-enabled speakers like the Sonos One provide the most-open ecosystem of the bunch. You can connect calendars from Google, Apple, and Microsoft, and add tens of thousands of third-party “skills” created by other developers. That said, Amazon does favor its own services as much as possible, preferring platforms like Audible for audiobooks and Amazon Music for tunes (although you can still connect a Spotify account if you want).

All this means that when you’re choosing a smart speaker, you’ll have to keep in mind that you’ll have the most seamless experience with the AI assistant you already know works for you and your apps of choice.

So, when you’re deciding on a smart speaker, work through this checklist. Take time to read a few reviews and hopefully check out some in-store demos. After that, your best bet should become obvious.